The Lady Realtors have been on a roll since they dropped three of their first four games.

With outside spiker Jovie Prado and setter Djanel Cheng joining the starting six, Sta. Lucia earned its third straight victory to improve with 4-3 record to move just half a game behind No. 4 Petro Gazz.

Besides the major adjustment of head coach Eddieson Orcullo on his starters, heart-to-heart meetings inside the Laoag Bubble brought the Lady Realtors back in contention.

Their late winning run was also fueled by their loved ones, who cheered them up through video messages.

Since then, the Lady Realtors have developed their team chemistry. 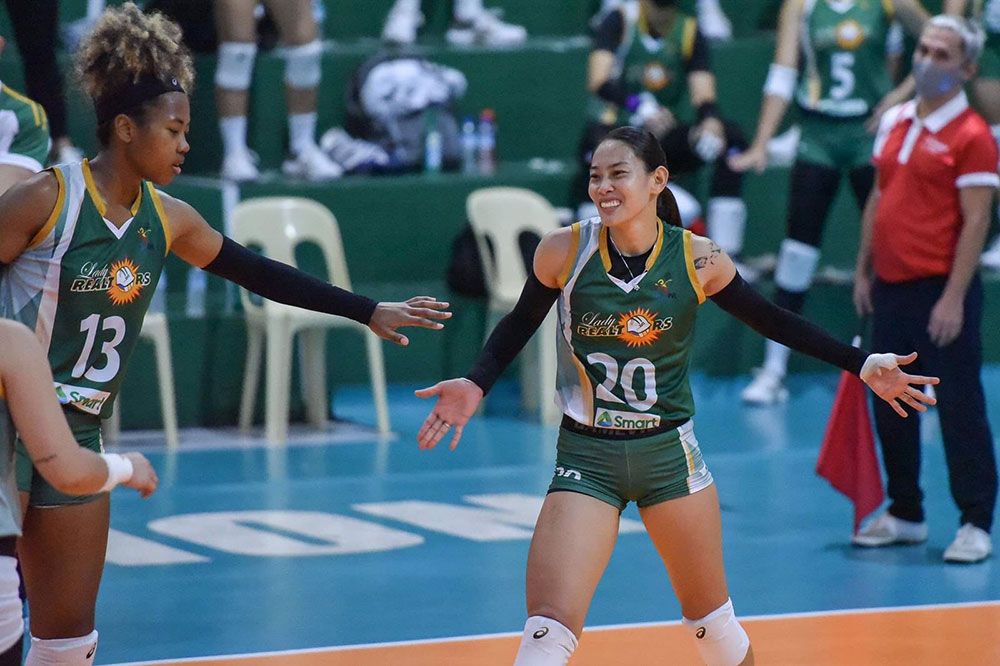 Dramatic turnaround for the Lady Realtors

The Bulacan State University standout, who started her club career with Sta. Lucia in 2017, is happy on how the things turned out after a dramatic first two weeks in the PVL bubble.

The do-it-all outside hitter, who won the 2019 PVL Reinforced Conference title for Petro Gazz with fellow former Angels Cheng and Prado, said their familiarity also made things smoother for Sta. Lucia.

Expect Sta. Lucia to go all out in its last two games as its semis fate depends on the results of its matches against Perlas Spikers (1-3) on Tuesday and Petro Gazz (4-2) on Thursday.