ASIAN Games gold medal winner Margielyn Didal is rolling with her success with a clear mission in mind: elevate the profile of skateboarding here in the country and abroad.

It’s exactly what one can expect from a 21-year-old former street kid turned skateboarding queen who, until her overwhelming victory at the 2018 Asiad in the inaugural staging of the Women’s Street Skateboarding event, has found little support in her campaign to get the sport recognized.

Today, one of Time magazine’s 25 Most Influential Teens of 2018 is reaping the rewards of her perseverance.

As young, 21st-century athletes are wont to do, Margielyn, the brand ambassador of New Balance, is unyielding in her desire to take Pinoy skateboarding to the next level. Her willingness to shoulder the load necessary to get the job done remains a top priority for her. Margielyn's motivation is simple: She wants Pinoy skateboarders in the future to not ever feel the discrimination she had faced countless times before.

Her dilemma brings to mind what iconic billiards stars like Efren “Bata” Reyes and Francisco “Django” Bustamante faced before their stunning international victories finally moved sports fans into seeing past pool’s reputation as solely the domain of street hustlers looking to rake in instant cash.

Suddenly billiard halls were everywhere in the 2000s, giving rise to other contenders who continue to energize the sports and compete for national pride. 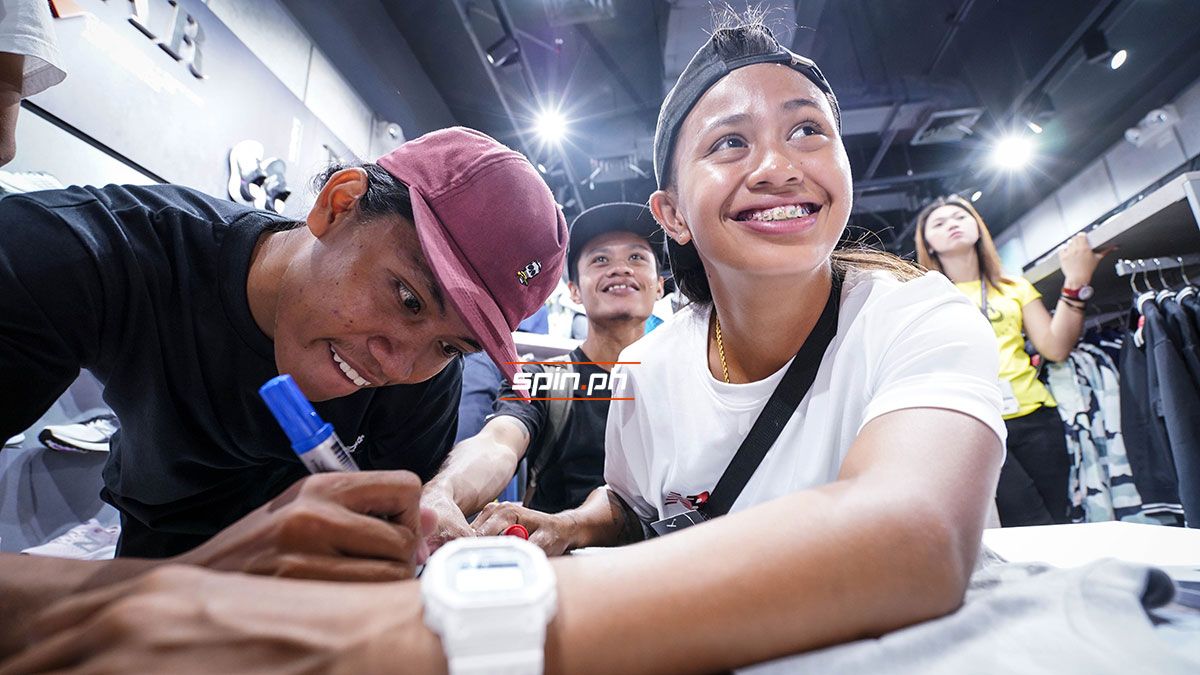 Margielyn is also happy she's skating with friends, too. Her influence has obviously inspired other aspiring skateboarders to take up the sport and help her usher in the rise of skateboarding culture in the Philippines.

She's so at home with them in fact that Margielyn looks perfectly comfortable exchanging high fives with them as they carry her into the event to the crowd's amusement. In them, she's found allies she can count on to fulfill her dream of honing the skills of the next generation of Pinoy skateboarders.

Margielyn, who's deep into her training for a chance to qualify for the 2020 Tokyo Olympics, eventually hopes to see her effort create a ripple effect in the future.