SOTY: Athletes lead by example in year of pandemic

WHEN the sports leagues shut down, we all knew then that the world had fundamentally changed. The athletes who, in years past, would have been lacing up their sneakers and heading to work, now found themselves, like the rest of the world, confined at home — their own little bubbles, set in place by government regulations and the wild fear of a deadly disease.

Sports is fundamentally built around a community, bonded together by its common rules and regular routines, energized by the spontaneity that rises above its rhythms. The coronavirus didn’t just shut the leagues down. It wrenched those bonds apart.

For many months, we were uncertain when we would ever get them back again. Like their fans, the athletes coped as best they can. TikTok. Video games. Home workouts. Unprecedented (and much welcome) genuine family time. Coffee making.

But many also answered the call for help from an ailing world. 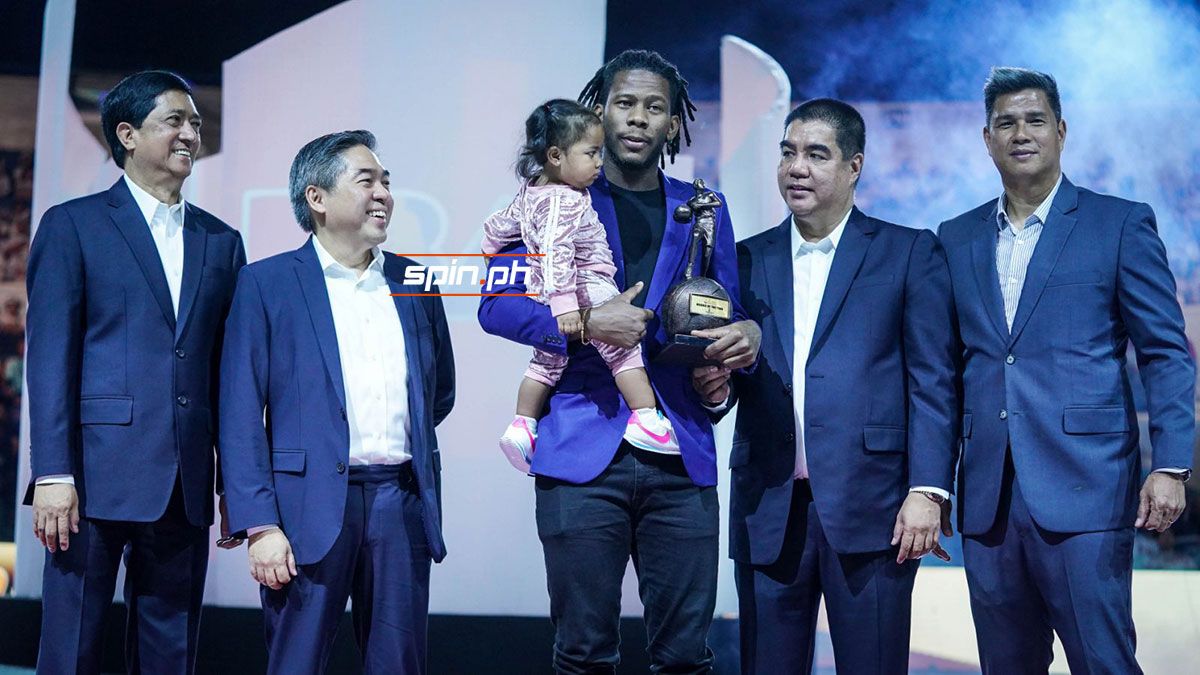 On the week of March 13, as the government announced wide-reaching quarantines and the economic ramifications of no games became clear, Chris Ross, Cliff Hodge, and CJ Perez — only a few weeks removed from his Rookie of the Year awarding — announced that they would be donating a total of P65,000 for PBA game day personnel.

Sources, meanwhile, told Spin.ph that Terrence Romeo was donating an entire month’s salary to hospitals around the metro — business as usual, doctors said, for the SMB star, who has regularly, quietly donated to those in need during times of calamities. (Romeo refused to comment.)

Over the next few months, many other players and teams also decided to donate part of their salaries to help team staff or medical workers battling the pandemic.

In those early days of quarantine, case numbers were still in the low hundreds — almost unthinkably far from the high thousands we encounter in the health reports today.

But the anxiety of the pandemic was very, very real.

Manny Pacquiao used his significant political and financial muscle to make a difference. He partnered with Jack Ma to inject 50,000 COVID-19 tests into a public health system reeling under the global scope of the pandemic. 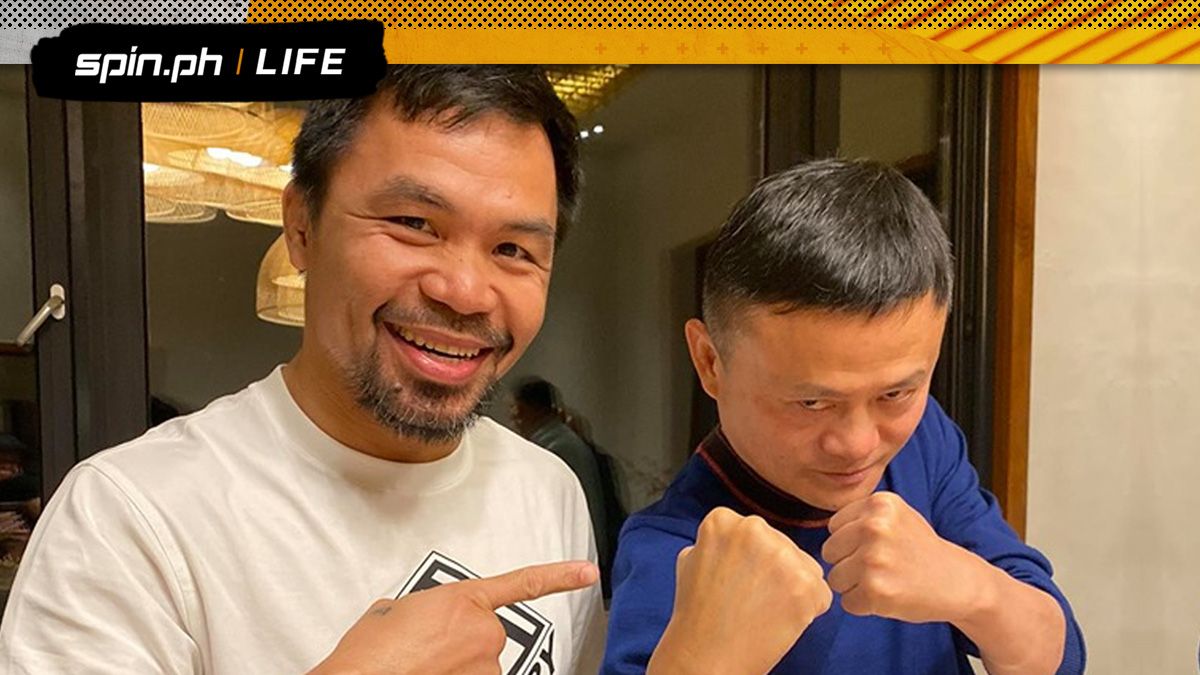 “With everything that’s been happening around the world today, there is no better time to unite and do whatever we can to help each other," Manny Pacquiao said when he announced his co-donation with the Jack Ma Foundation. More than half a million face masks were also part of the largesse.

With public transport shut down, the senator also deployed five buses to ferry health workers and frontliners in the metro. 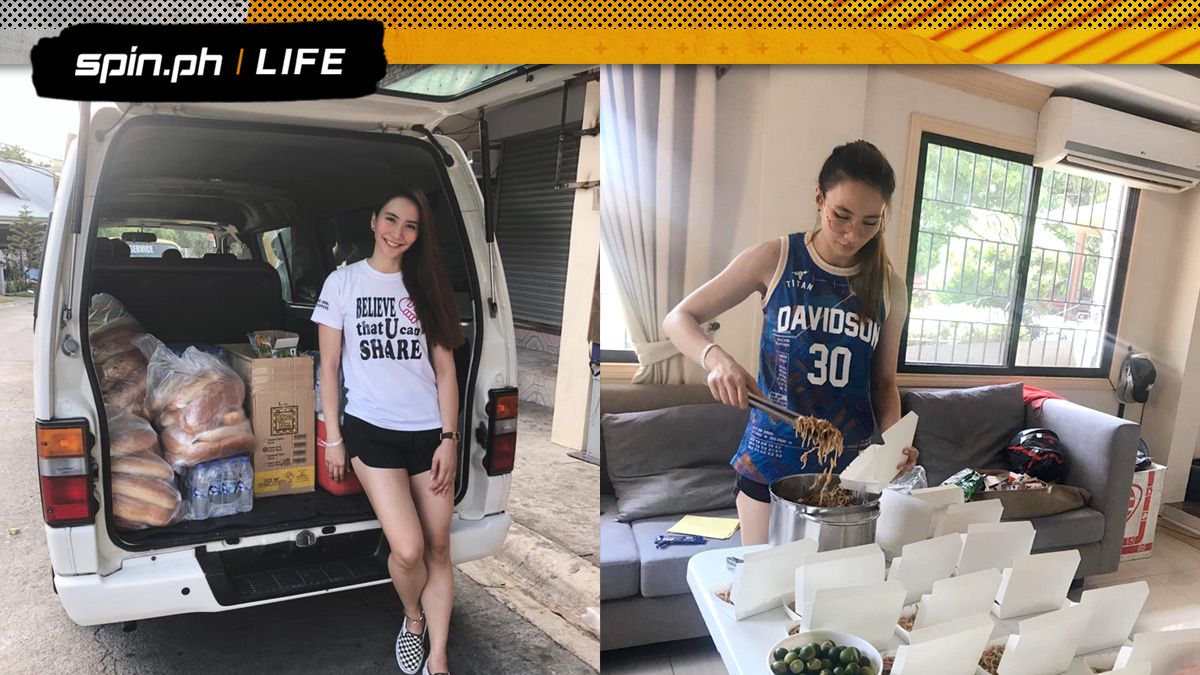 Other athletes chose to help their immediate community, often turning it into a family affair.

Early on in the ECQ, the Ravena family distributed packed meals to frontliners manning Cainta checkpoints. The Nieto twins pitched in to help their ninong, Kit Nieto of Cainta. The family of Rachel Daquis, whose aunt owns a bakery, got on a van and distributed bread and hot meals to Taytay frontliners.

With the quarantine forcing them to move back home to the provinces, many collegiate stars often spearheaded donation drives to frontliners in their towns, including Aljun Melecio in Bukidnon, Mark Nonoy in Negros Occidental, and Joshua Ramirez in Tarlac.

Dampa ni The Beast, the San Juan resto that the then-suspended Calvin Abueva ran as his side business, became a headquarters for community relief operations. Phoenix players and team personnel even trooped to the eatery one day in late May to help out Abueva in preparing food packs. 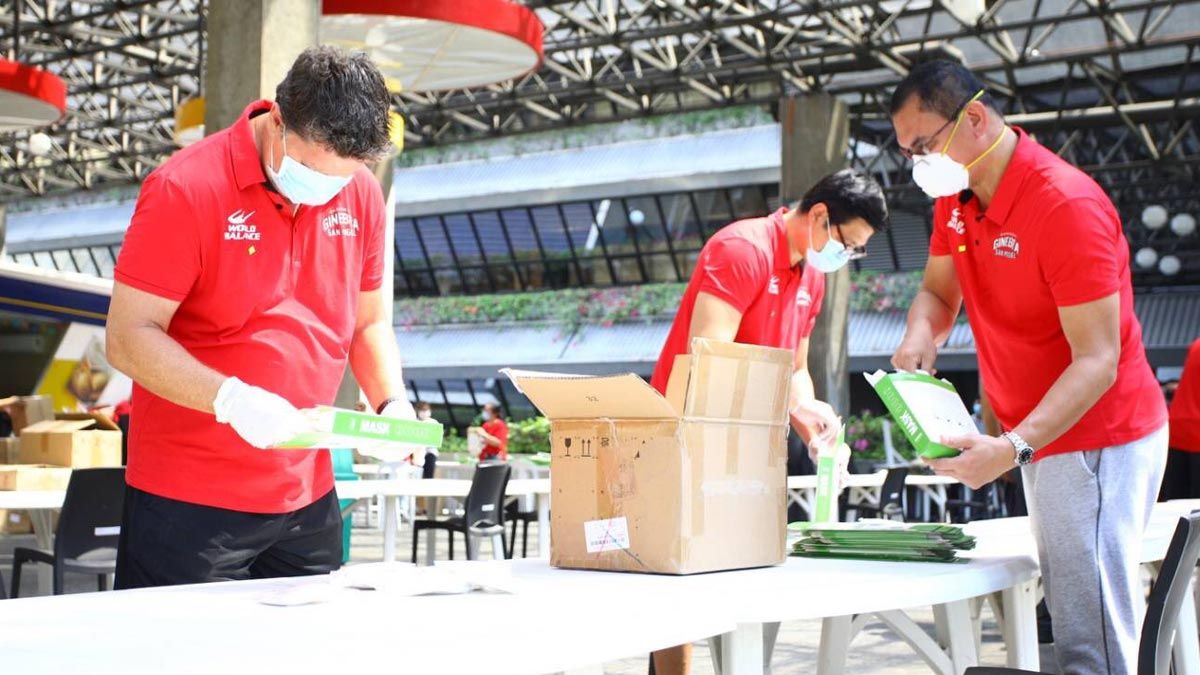 As the lockdown wore on, stretching into the summer months, help rippled out from the individual sportsmen and up to the teams. Backed by the infrastructure of some of the biggest corporations in the country, entire squads banded together to carry out relief ops.

As we mentioned, Phoenix got together in Calvin Abueva’s restaurant to do some hands-on relief work. After weeks of individual, online training, Ginebra held a summer reunion in SMC’s headquarters to help pack N95 masks for frontliners. TnT — back when they were still known as Katropa — also conducted several relief ops throughout the pandemic.

This was all, of course, on top of the own work being carried out by the corporations themselves. Despite the rapidly contracting economy, the private sector poured an enormous amount of resources into propping up the pandemic-hit Philippines. The P13 billion commitment of Ramon S. Ang — owner of the Gin Kings, the Beermen, and the Hotshots — is emblematic of the aid, both direct and indirect, brought forward by the business tycoons behind the PBA teams.

Outside of the PBA, the Blu Boys — the Philippine national softball team — helped distribute food to frontliners. The La Union Surf Club (with SEA Games gold medalists among its members) prepared ayuda packages for out-of-work surf instructors. Bounty Agro Ventures’ Ronald Mascariñas — the man behind Chooks-to-Go 3x3 — donated more than 100,000 kilos of chicken to medical workers, the military, and volunteers. 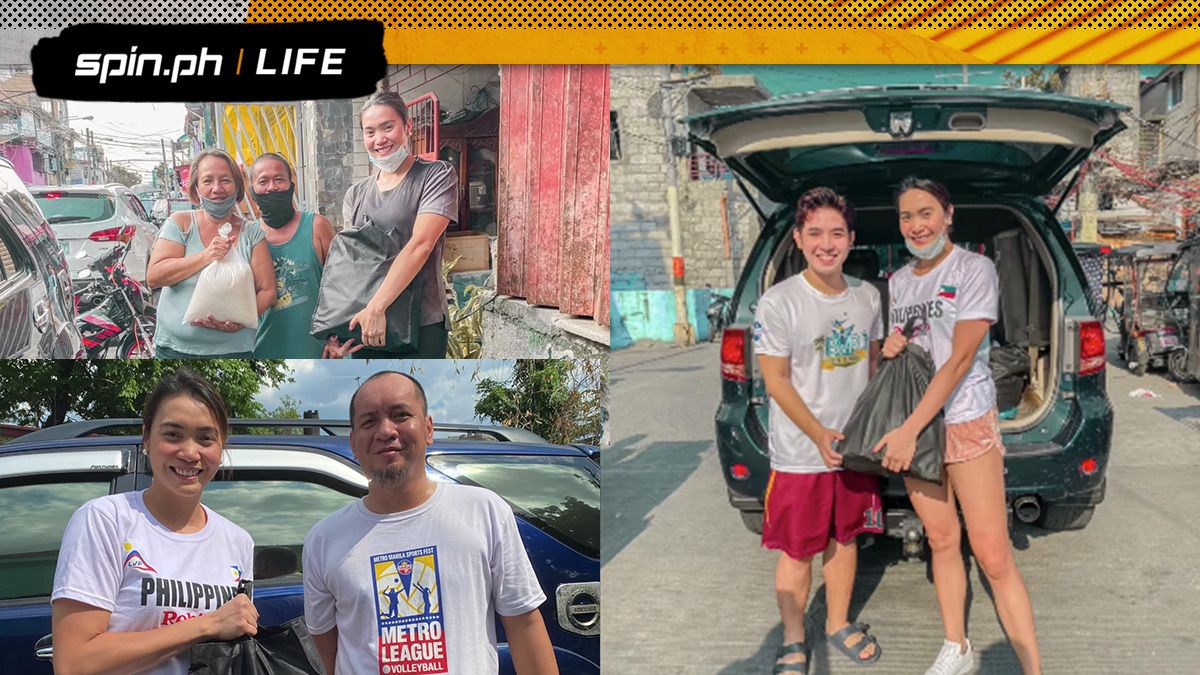 Meanwhile, a new generation of athletes began using their enormous social media following to raise funds to help out those in need.

The always tireless Volleyball Community Gives Back, an assembly of some of the biggest names in the sport, drummed up awareness of its various fundraisers through the individual accounts of the popular players. Jerseys with sentimental value — like Alyssa’s SEA Games championship kit — were auctioned off to purchase PPE.

With the rise of esports, streamers like ChooxTV reached out to their millions of fans to solicit help for frontliners. Play video games (or, in one streaming episode of Choox, breaking an egg on their face) while helping out your countrymen? Sounds like a very good deal. Even June Mar Fajardo used his Dota 2 streams to raise money for victims of Typhoon Ulysses in early December. 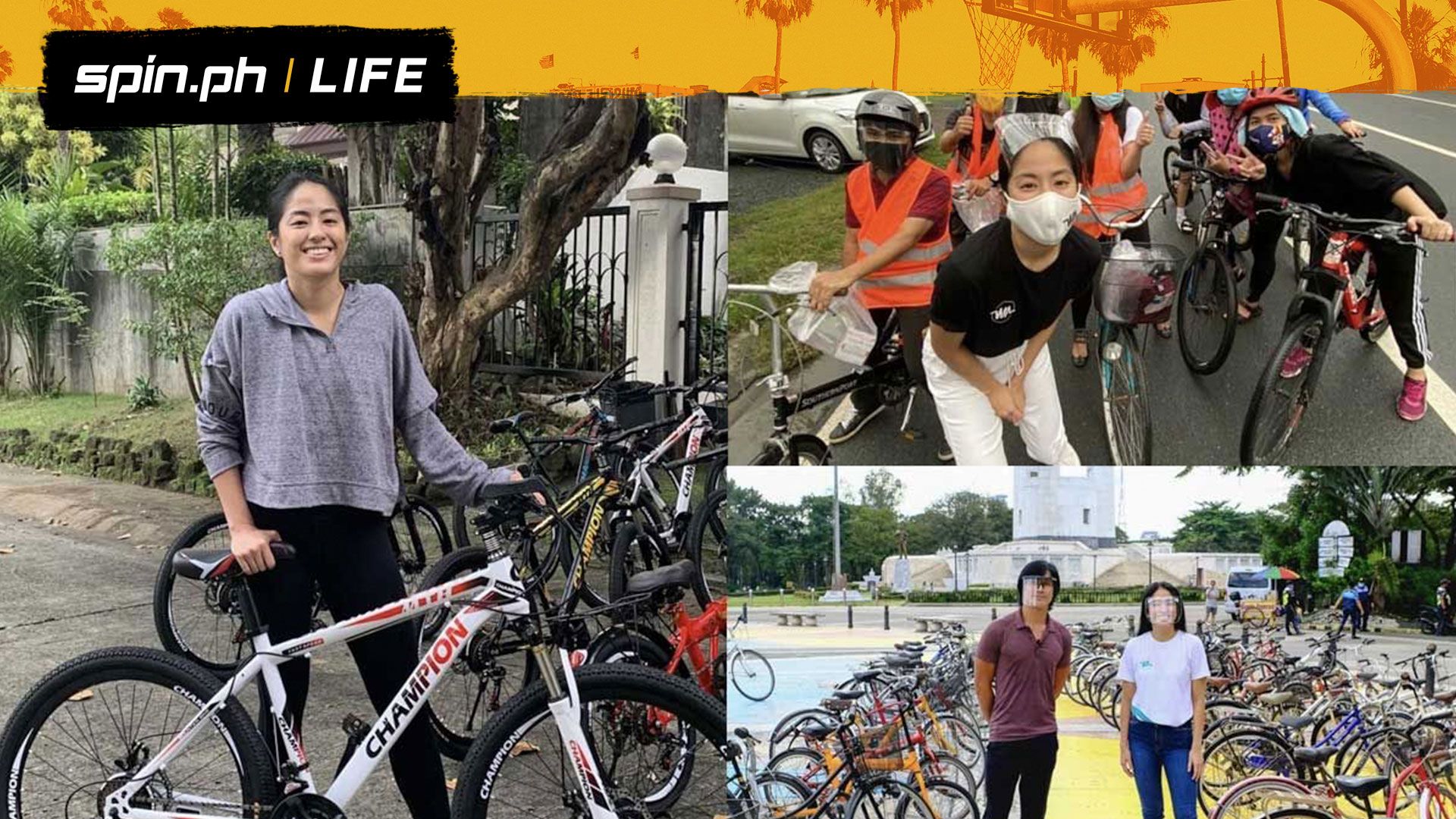 As the pandemic completely transformed our lives, some athletes also tailored their advocacies to reflect the new realities of Filipinos.

Noting the increase of online child sexual exploitation caused by the economic crunch of COVID-19, jiujitsu champion Meggie Ochoa tirelessly sounded the alarms on this dangerous trend all throughout the pandemic. Her Project S.A.F.E. fundraisers helped shed light on this little-known phenomenon.

Meanwhile, former volleyball player Gretchen Ho focused her energies on personal mobility. She has personally donated over 1,000 bicycles to frontliners and commuters — an ambitious project that initially began with a humble plan of just raising funds for 30 bikes.

And at a time when public and economic health was often tied to political issues, Jervy Cruz was unafraid to stand up for what he believed in. He personally donated food to the Piston 6, a group of activist jeepney drivers who were arrested after protesting the ongoing ban on jeepneys… and even became a person of interest after one of them tested positive for COVID-19.

This was on top of Cruz’s already active outreach work to help out frontliners. 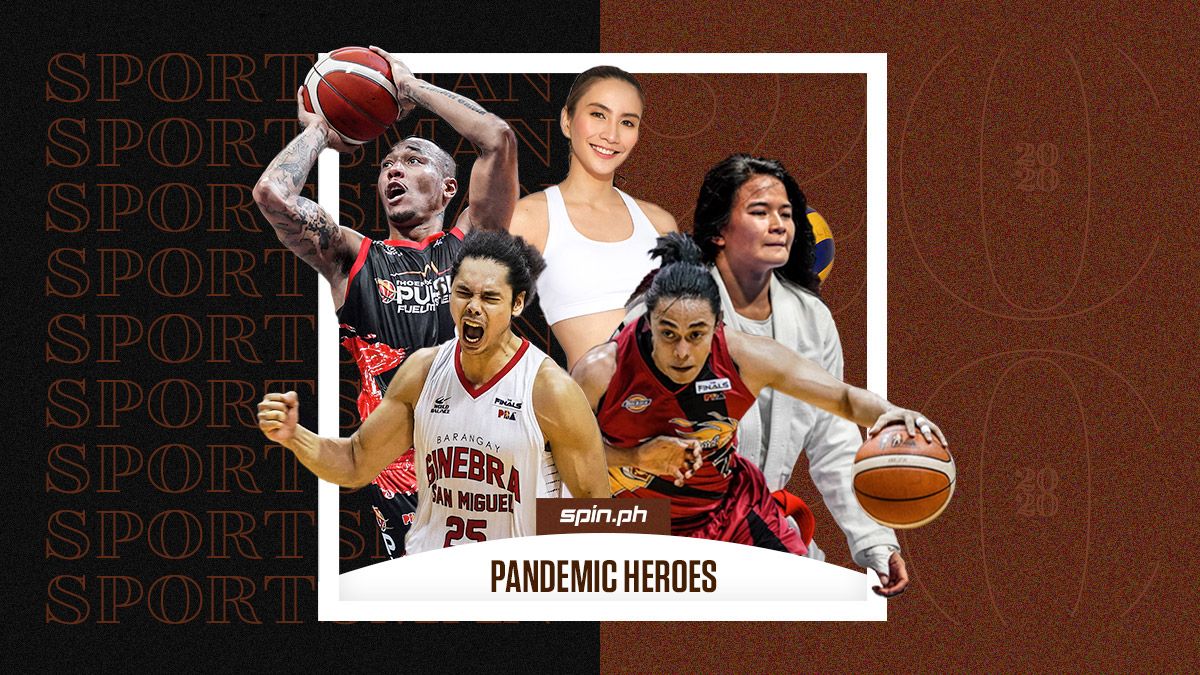 It would be impossible to list down all the sportsmen (and -women) who, big or small, reached out to the community during this miserable year. If we missed anyone in this already long-winded highlight reel, our apologies. You deserve all the accolades and commendations for what you’ve done.

In any ordinary year, they would have done this on the courts, or the mats, or the rings, or the surf, their astounding skill and physicality brightening up our days. But COVID-19 made us sit up and realize that we are all playing for one team — the human race. And in a year without sports, these athletes tapped into the core of their profession: to inspire people to be more than what they are.

This Spin.ph Sportsman of the Year category — the Athlete Who Cares — is usually given to an individual. It is to our immense pride that, in 2020, we cannot in good conscience give it to any one person. You were multitudes.

And for that, we salute you.