IT IS early 2020 in professor Mickey Ingles’ sports law class, and the UAAP Board has to make a decision about LeBron James.

As one of the best players in the world, both the Ateneo Lakers and the FEU Jazz were eyeing the American-born big man to come play for their team. Ateneo had the strongest bid, but through its representatives on the board, FEU had one card left to play. During the debate, they moved that the Board restrict the maximum age of any player in the league to 24 years.

LeBron was 25 years old. FEU and the rest of the schools opposing Ateneo’s advantage leaned back on their chairs and smiled. Whatever Ateneo was bringing to the table to woo LeBron, they would be defeated by this motion.

And then, to FEU’s surprise, the Ateneo representative agreed to back the resolution.

After all, Ateneo knew one thing about LeBron that no one else on the Board knew. Because of a mistake in his birth certificate, LeBron was actually just 23 years old. Ingles had sneakily texted that information himself to the student who was role playing the Ateneo board rep.

Inside information is a fact of life in lawyer deals. Unfortunately for the FEU Jazz, they'll learn a lesson on that today. “It teaches them to negotiate,” Ingles said of his class exercise.

Ingles’ made-up UAAP/NBA Fantasy League is one of the highlights of the sports law elective he teaches at the Ateneo de Manila School of Law. He combines the drama and intrigue of passionate college hoops with the fame and prowess of popular NBA players. Changing details about popular players’ age and nationality, but keeping their stats intact, Ingles calls on his students to a pretend meeting of the UAAP Board to decide on the fate of their teams. 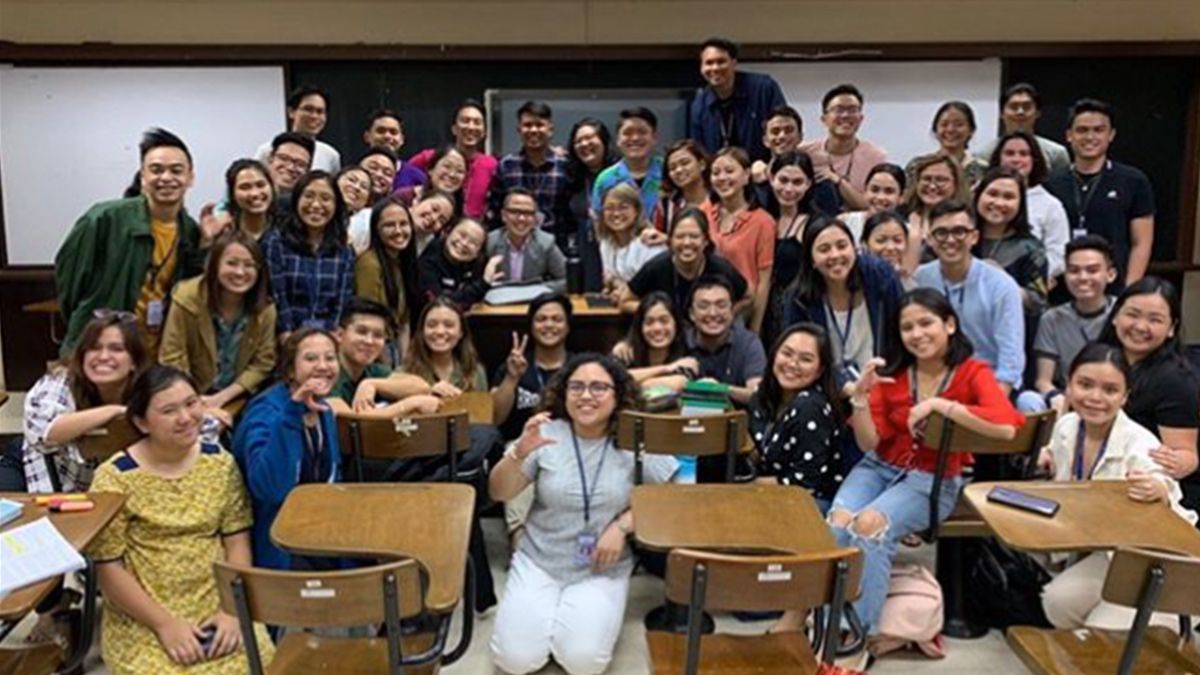 This is how he likes to conduct his law school classes. “Di siya normal law class na recitation. I would have a lot of role playing,” he said to SPIN Life.

Added Ingles: “The students would come up with their respective UAAP teams, and then they would have a debate on the residency rules and the age restrictions of the players who would be allowed to play for the season." Just like real life.

From the animated way he talks about this teacher’s anecdote, and the way he encourages his students to learn by acting, it’s clear Mickey Ingles has always enjoyed dreaming up a good story.

He’s a big fan of the writer Neil Gaiman, creator of the Sandman comics and writer of Neverwhere, American Gods, Coraline, and other books that have been successfully turned into hit movies or TV shows.

This year, he even followed in the footsteps of his idol, releasing a fantasy novel of his own called Alinam.

A lot of his friends and colleagues in the law world were surprised he’d written a young adult novel — an imaginative tale about three friends who take a detour in an alternate-reality Manila. (The author of this article was Ingles’ editor on his novel. — Editor)

“I’ve never seen myself as artsy,” said Ingles, who worked on the book for eleven years, pounding out the first draft in between law classes. “I always felt that I was lacking in that department. Hopefully, people see the value in the work and see me in a different light and see my artistic or creative side.”

But before he became a lawyer or a novelist, Ingles was an athlete. 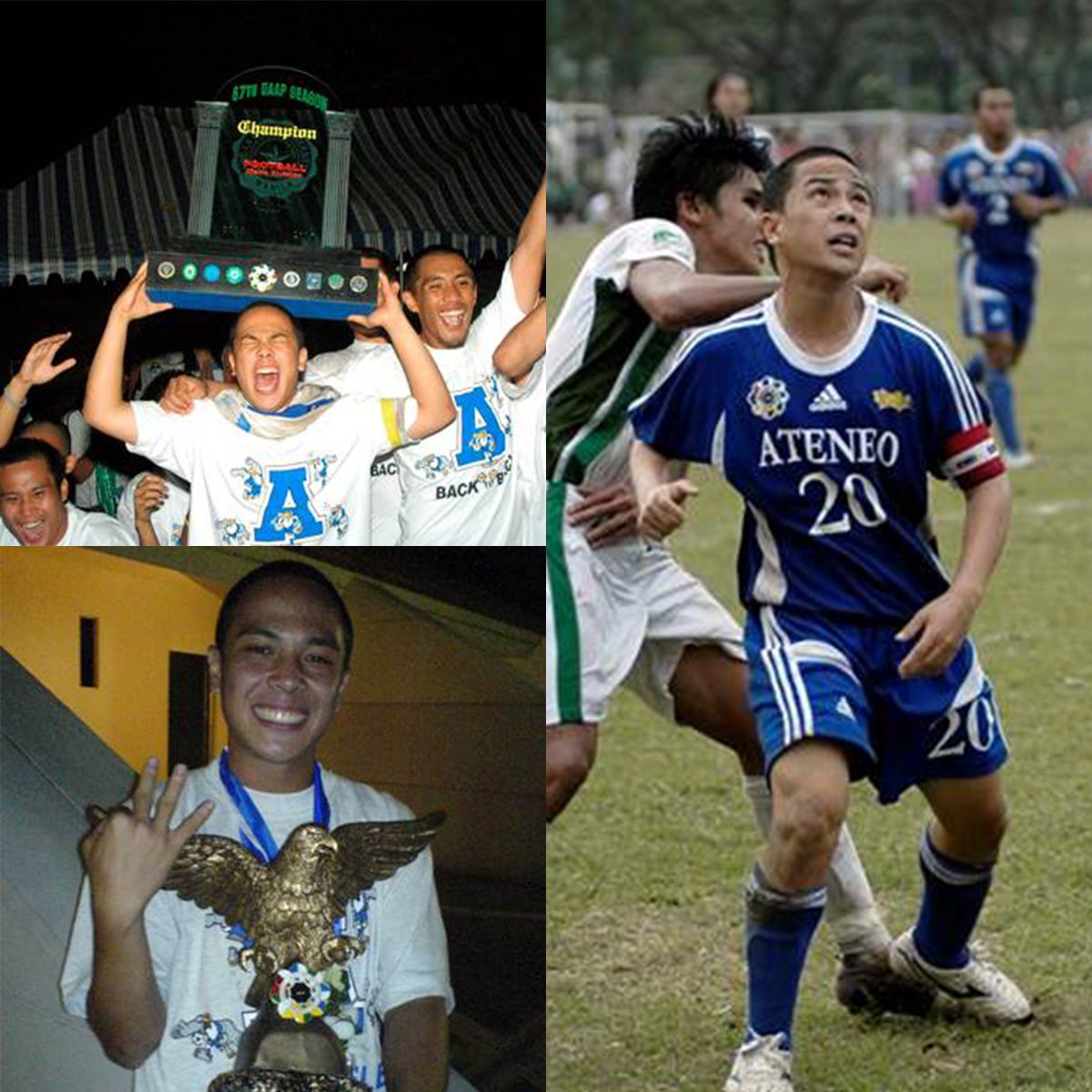 In his college days, he manned the wing of the Ateneo football team that captured the UAAP crown in three straight championships, from 2004 to 2006, co-captaining the squad in that first year before getting named full captain for the final two. He was also awarded the distinction of being named as the UAAP’s scholar-athlete of the year in 2006.

He even managed to play professionally in the UFL before the pressures of law school forced him to step away from the football field.

With the wide world of law open up in front of him, Ingles took a slightly unconventional path. He decided to forge a path in the field of sports law. But this wasn’t entirely unprecedented. You could even say that it was already in his blood.

In law school in Ateneo, Ingles chose to take on a sports issue for his thesis in 2011. Many of his peers tried to dissuade him. He was one of the frontrunners in his batch, and it was expected that — to secure the coveted best thesis distinction — you would choose one of the “sexier” disciplines, like constitutional or international law. His first topic was even rejected by the thesis department, according to Ingles, “kasi wala siyang legal issue. It was more of a policy.”

“But I said, I still want to do sports law,” Ingles said.

He fished around for another topic, and was able to successfully finish and defend his thesis. In 2012, he became probably the only professional athlete to top the board exams. Four years after that, his thesis was picked up by the Marquette Sports Law Review and published in the prestigious legal journal.

Its title betrays the playful quality that Ingles takes in his approach to legalese — “Philippine Sports Torts: Adopting a Standard of Care for Sports Competitions and Establishing Vicarious Liability for Professional Coaches.”

For as long as there have been contracts, and money, and people signing things on paper, there have been lawyers in the world of sports. So how is “sports law,” as a legal discipline, unique?

Ingles looks at his practice in three ways.

The first is how we just defined it. “It's the application of current laws or current legal doctrines to the sports context. So that's where you have labor law, obligations and contracts, how it's applied to sports,” he explained.

Even if, for example, an athlete is caught up in a labor issue, a lawyer untrained in the nuances of sports law “might miss out on some sports-specific issues,” said Ingles.

The second aspect of it is laws that are specifically about sports. There’s a handful of those in the Philippines, he said, citing the Student-Athlete Protection Act and the National Athlete and Coaches Benefits and Incentives Act.

Finally, there’s that part that deals with the rules and regulations of the international sports federations and associations. “These international federations — they're not states, they're not governments, so you can't necessarily call the things that they issue as laws,” Ingles said. But when they do speak, their words come from on high, with all the weighty power of an actual legal proclamation. 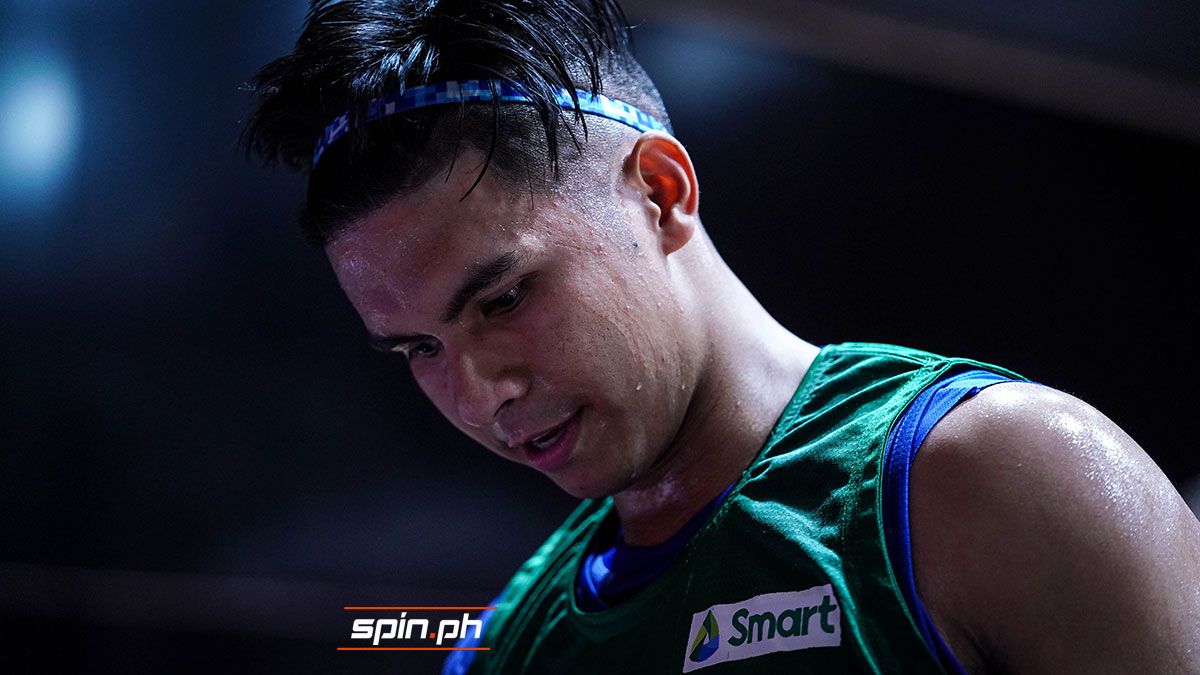 “Prime example of that is Fiba regulations,” Ingles explained. “And we saw that in the two cases in 2018, when Fiba sanctioned Kiefer Ravena, and it sanctioned SBP because of the brawl with Australia.”

He added: “People might say, e di naman batas yan e. Yeah, it might not be a law per se, but how these rules and regulations affect players like Kiefer and the Gilas team have the force of law.”

While Ingles can’t speak freely on the record due to confidentiality, some of the sports cases he’s been working on include a signature shoe deal between an apparel brand and an athlete, professional players who’ve had some issues with their teams, an athlete who was bashed online and looking to take action, and an athlete who needed legal help to join his team abroad.

Even if he’d like it to be, sports law isn’t his main bread or butter at the moment. At his law firm, Ingles Laurel & Calderon, he also handles taxation and corporate cases. But Ingles is convinced that the field will continue to grow.

“I think [sports law] has been here [for some time], it hasn't just been in the limelight,” Ingles reflected. “There are lawyers working for the PBA, there were lawyers involved in putting up all sorts of leagues before.”

But there were two key differences in this decade. First is the proliferation of new leagues in new sports — with Ingles pointing to volleyball, 3x3 basketball, and esports as specific examples — and the fistfuls of cash backing them up. Secondly, there’s a bigger awareness now of how sports law is being conducted abroad. It would be wise, Ingles cautioned, to emulate that same legal care here.

“Sports law will go hand in hand with the growth of sports business,” he said. “One of the ways you can make it sustainable — aside from finances and marketing and the support of the fans — is to have a good legal foundation for it to grow.”

And so Ingles has been doing his part in making sure that everyone involved, from coaches to athletes to management, will be more aware of the many nuances of sports law. He teaches a popular sports law elective in Ateneo. He writes a legal column for Spin.ph, and served as an invaluable source in many of our articles that touch on legal issues.

Last year, he released a book called Laws for Sports and the Sporty, a handy, layman-friendly field guide on the legal ins and outs of various issues, from injuries to immigration.

And in 2016, he founded (together with two friends and co-editors) Batas Sportiva, the pioneering legal sports blog in the country. In the four years it’s been up, articles on the site have touched on issues ranging from sexual harassment and racism in sports to the legal implications of bubbles.

In spreading the gospel of sports law, his approach isn't the stuffy legalese you'd expect from a bar topnotcher. From his YA novel to his animated law classes to the casual, reader-friendly way he wrote his sports law book, Ingles approaches life the same way he did in the football field: with a lot of playfulness.

For him, it shouldn't take a sports nut or a stern legal demeanor to be proficient in sports law.

Sports law, after all, affects everyone.