HE may be a billionaire tycoon, but Ramon S. Ang prefers reporting for work in a white collar-less shirt and comfortable slippers.

Only when he meets VIP guests or other top executives would the San Miguel Corp. president and CEO be in his Sunday best.

The simplicity of the man known in business circles as RSA belies his status as one of the richest and most influential businessmen in the Philippines (listed by Forbes at No. 8 in the Philippines’ 50 richest list), who also happens to own some of the most valuable sports franchises in this side of the world, namely Barangay Ginebra, San Miguel Beer, and Magnolia in the PBA and Petron volleyball team in the Philippine Super Liga.

Yet, his humility is what easily connects him to the common people, especially those who were the recipients of Ang’s legendary generosity during a global health crisis.

Through the resources of one of the oldest and leading conglomerates in the Philippines, the sportsman-businessman who celebrated his 67th birthday on Wednesday (Jan. 14), answered the call of government for help from the private sector by devoting billions to softening the impact of the COVID-19 pandemic to the nation.

That this Bachelor of Engineering graduate from Far Eastern University lent a helping hand without hesitation was no longer surprising to the people who knew him. 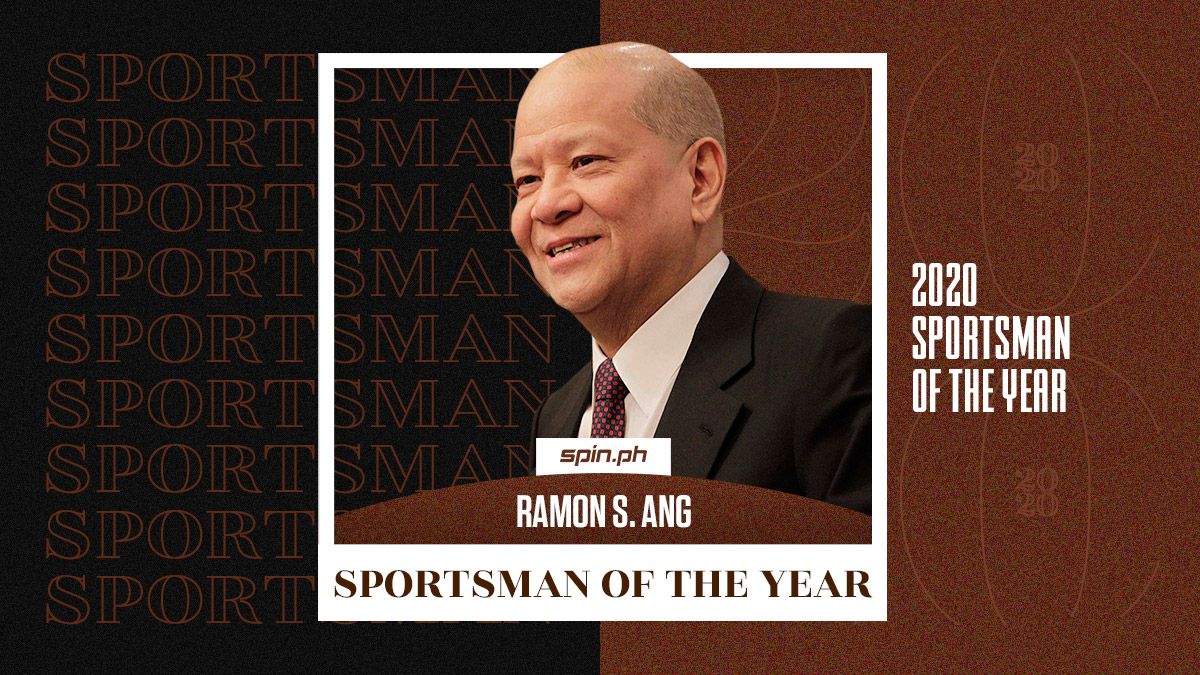 Standing as a symbol of hope during mankind's most challenging time, Ang was the hands-down choice as the 2020 Sportsman of the Year of SPIN.ph, becoming the first-ever sports executive and businessman to be the recipient of the annual award.

Chua, who shares the same passion for restoring vintage cars with Ang, says he knew his boss would deliver right from the get-go.

Among the first initiatives the SMC top honcho was to produce rubbing alcohol at the Ginebra San Miguel Inc. facilities, which serves as the company’s liquor production unit. The ethyl alcohol produced was distributed to public hospitals and local government units. 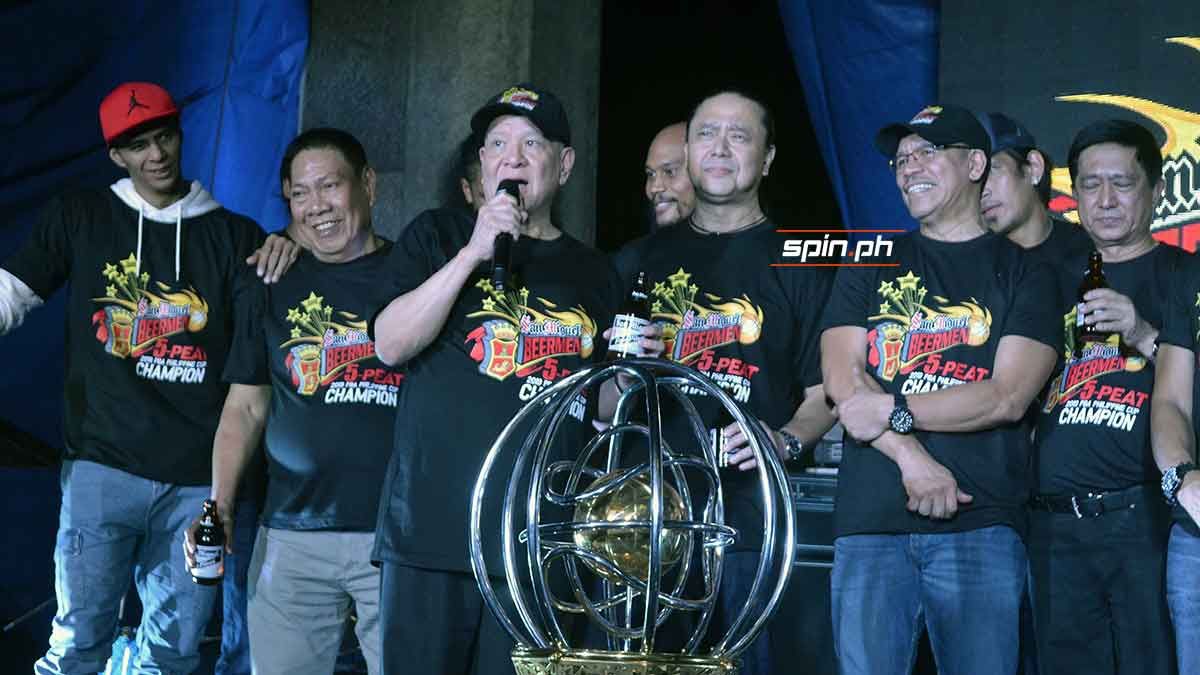 Everything snowballed from there.

Before the year 2020 ended, SMC had shelled out a total of P13.234 billion as part of its COVID-19 response effort, ranging from infrastructure, health care, food, agriculture, among others.

Asked about his mindset as COVID-19 surged in the country, Ang’s reply was plain and simple.

“Our country and people needed help at a very critical time, so anyone who can help must go all out, without hesitation,” the SMC top honcho says in a mesage to SPIN.ph.

“We only have one country, so we should go all out in helping it. More importantly, lives are on the line, so it’s life over money.”

His generosity doesn’t stop there as SMC is ready to extend help even more with the pandemic still very much around. Never mind the expected big losses in revenue the giant conglomerate is about to incur.

“As I said before, whatever we lose, we can work to earn it again. We can do business again. But once a life is lost, you can never bring it back,” says Ang.

“You don’t think of profits when there’s a crisis. You think of how people will survive. Tulung-tulong, bayanihan tayo, magmalasakit sa isa’t isa. That’s how we will overcome this as a nation.” 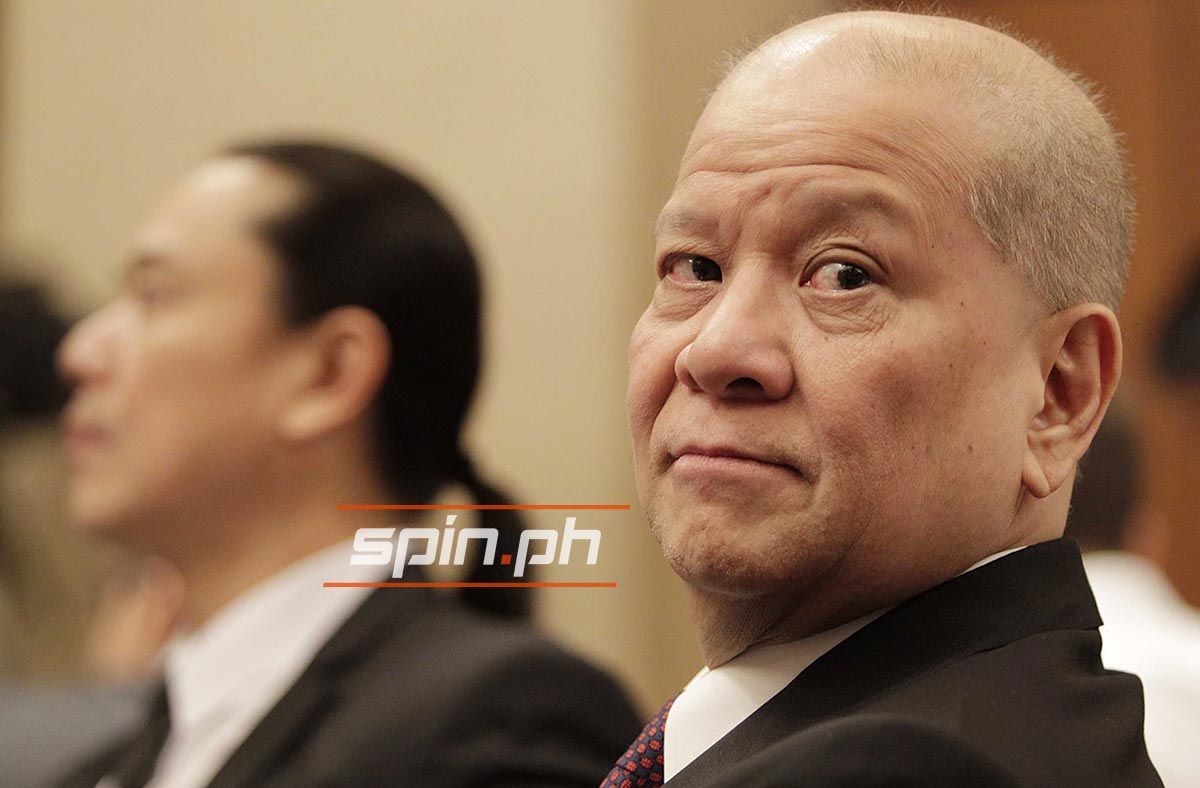 While his business obviously takes up a lot of his time, everything takes a backseat when it comes to his family. 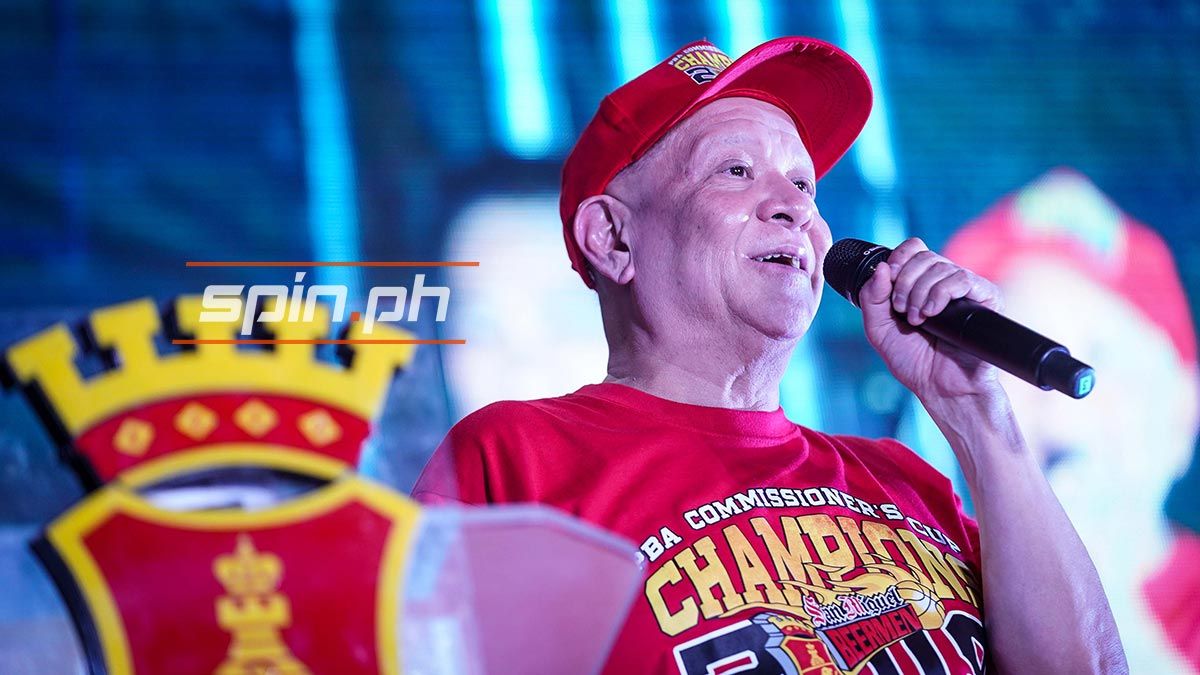 While he is mostly credited for the success of the SMC teams in the PBA, Chua says RSA actually has a big hand in it, too.

As news of his generosity spread, Ang became some sort of a cult figure, even drawing #AngforPresident calls on social media. Is he in any way interested in going to politics?

Chua says he never dared ask his big boss about that matter. But knowing his boss well enough, the former champion coach turned team executive says he more or less knows what Ang's answer would be.

Truly a man to emulate, RSA.