SOTY: Roger Casugay is the perfect symbol of fair play

WHENEVER Roger Casugay gets on top of a longboard, you know you’re in for a show.

“Depending kung anong klaseng board ang gagamitin mo, kung single fin o thruster,” he said about the way he rides. He’s been surfing the San Juan breaks in La Union since he was six or seven years old, with Luke Landrigan as his mentor. But it was only a few years ago that he made the switch from agile shortboards to classic logs. “Sa akin, sa single fins, sobrang mabilis, tapos enjoy lang.”

The competition director for the Southeast Asian Games’ surfing events, Mike Oida, remembers the first time he saw Casugay on a longboard.

“When I saw Roger ride a single fin on a really big wave with his style — I love his style,” he said. “I'm so proud of the way he actually takes on the waves with that kind of board he's riding. It made me want to ride a single fin longboard.”

His fiance, Lisa Verweij, first met him when she went to La Union to learn how to surf. “He makes [surfing] looks like it's so easy. The flow is there,” she said. “It's really flowing and going with the water, it doesn't feel uncomfortable. When people, when they watch him, they go, oh! Okay, that's easy, let me do that! But it's not [easy].”

Not because he won a gold medal — though the thrilling final between him and fellow La Union local Rogelio “Jay-R” Esquivel was the stuff of legend: neck-to-neck scores, broken board, too-close-to-call victory. But it was his assistance of Indonesian surfer Arip “Mencos” Nurhidayat in an earlier heat that won him the hearts of millions of Filipinos. 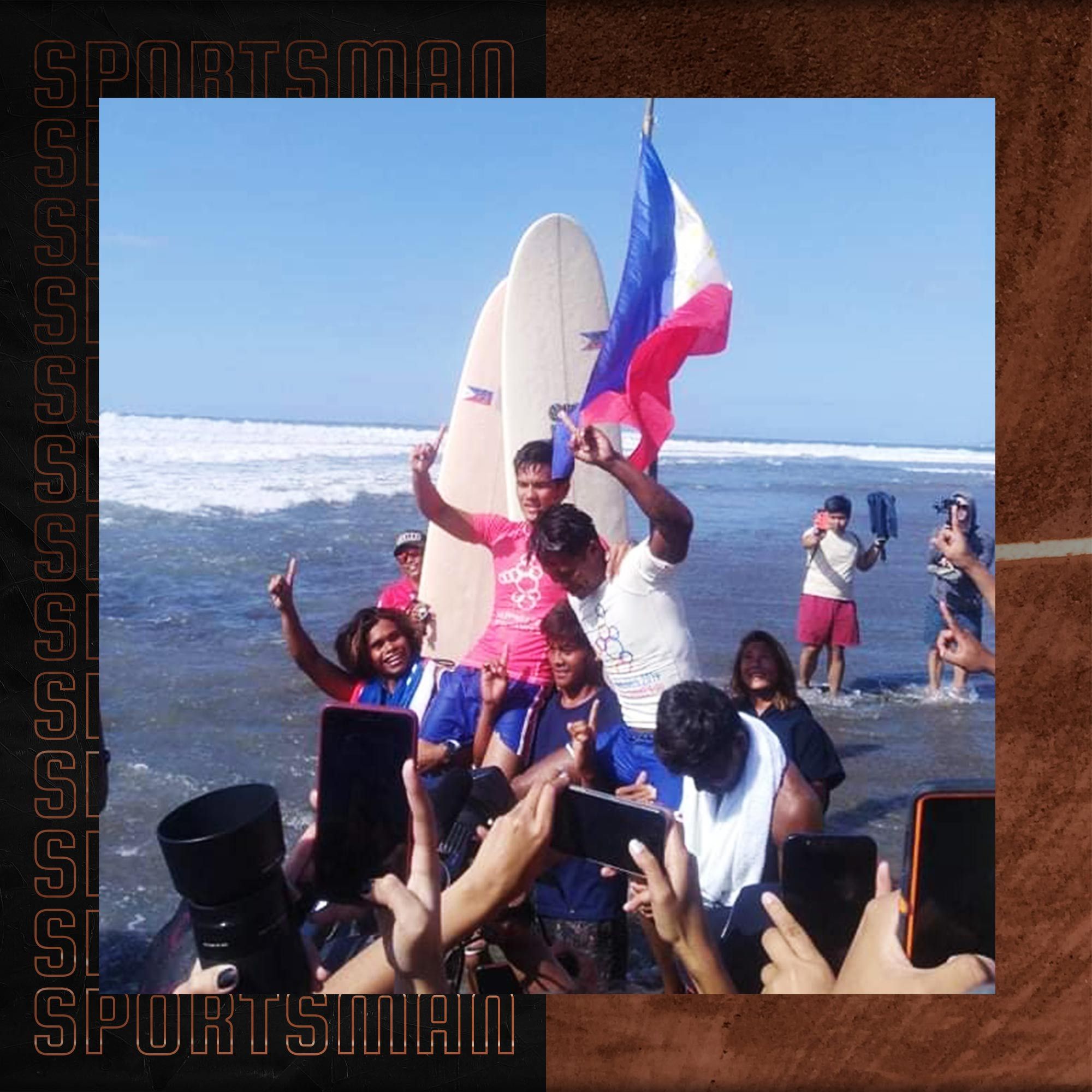 A quick recap for those living under a rock. In a semifinals heat of the SEA Games' men's longboard competition, Nurhidayat's leash snapped, leaving him stranded in the very rough current as his board was swept out to the sea. Casugay went over and gave him a ride back to the shore on his own board.

Casugay seems bemused by the adulation. For him, it was simple surfer code: You see someone in trouble in the water, you help out. “Normal lang na tumulong kung ganun,” he said. “Kung may nalulunod nga diyan sa tapat namin kami lang din naman ang tumutulong eh, wala namang iba.”

But that’s typical Roger, shaking off praise like he’d shake off the post-surf spray, a smile permanently plastered over his boyish face.

Reflecting on everything that’s happened since the SEA Games, Verweij said, “People may say, oh, [he’s] changed because of that, but I'm the closest person to him, and I know. Roger surfs because that is his passion, that's his life. Nothing changed. Yes, the gold is there, but nothing’s changed.” 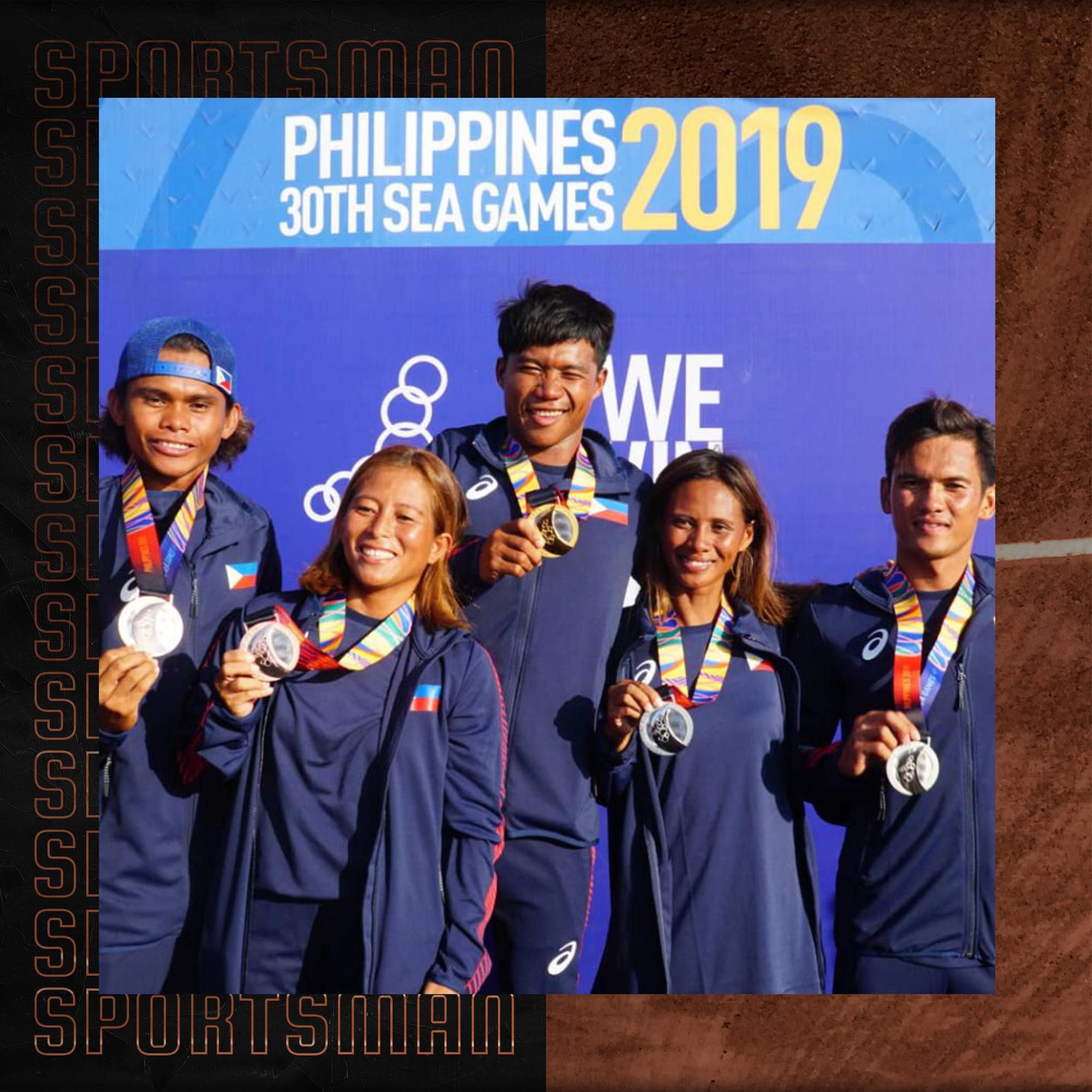 But his old mentor and now one of the top officials of the United Philippine Surfing Association said there's one key difference between the Casugay just two months ago and the Casugay now.

Spin.ph is not the first to honor him with the Fair Play award. The SEA Games Organizing Committee did the same thing, and made him flagbearer for the entire country at the close of the regional meet. And early February, the Single & Unattached longboard competition also gave him this same special award, and extended him an invite to an upcoming Mexi Log Fest in Punta Burros, Mexico.

But we will never tire of saying this: For exemplifying the true spirit of sports — an athlete who goes beyond the skill, the style, and the acclaim with a simple act of helping someone out, even if he’s the competition — Roger Casugay will always deserve this honor.