A pair of silver and bronze that glitter like gold.

In a historic feat, the Philippine boxing team did something never done before by bagging not just one, but three medals in a single Olympic campaign.

Overshadowed by the golden lift pulled off by Hidilyn Diaz in the Tokyo Olympiad was the special exploit turned in by the three fighters, who accounted for more than half of the total medal tally recorded by the country in the long-delayed, pandemic-hit Summer Games. 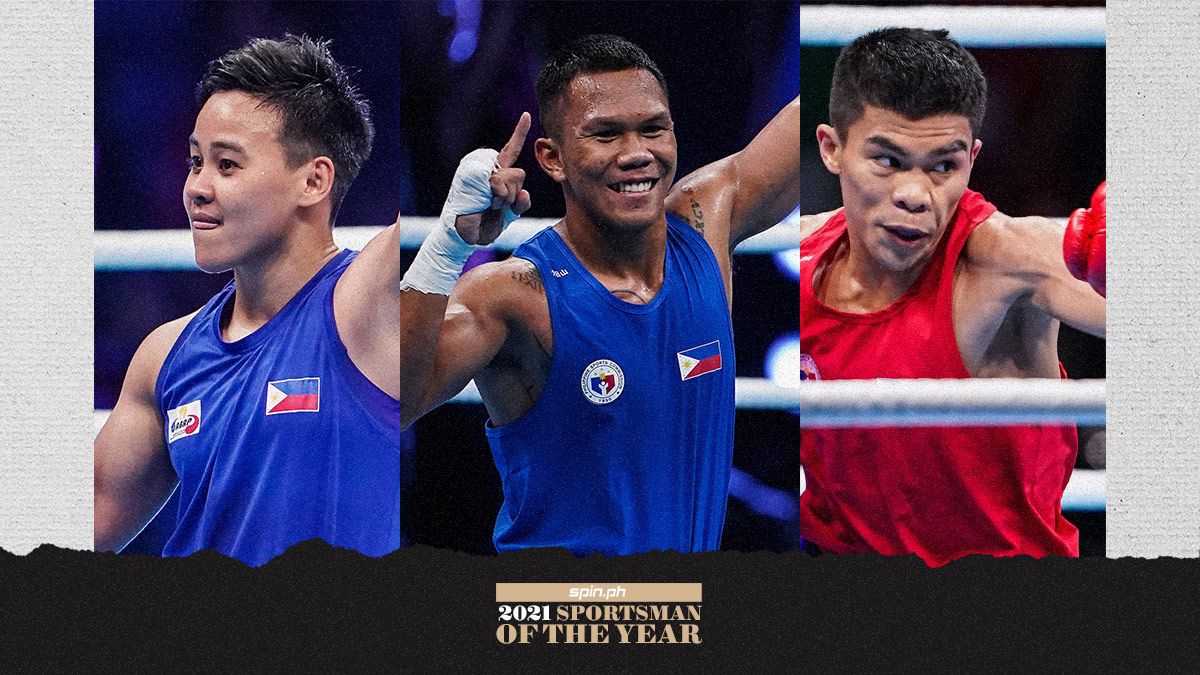 Petecio and Paalam each snagged a silver medal, while the newly-turned pro Marcial snatched a bronze to cap the boxing team’s most rewarding Olympic campaign ever.

For their unprecedented showing, the fearless trio earned the nod as the 2021 Fighters of the Year by SPIN.ph.

The three-medal romp was the first podium finish for Filipino boxers in more than two decades or since Mansueto ‘Onyok’ Velasco took home the silver in the 1996 Atlanta Games.

It was also the first Olympic medals under the leadership of former Association of Boxing Alliances in the Philippines (ABAP) president Ricky Vargas.

“Two silvers and one bronze? I don’t know if that’s anything to be ashamed of,” said secretary-general Ed Picson, who had since replaced Vargas at the helm of ABAP, in parrying claims the boxing team continues to chase its first Olympic gold.

‘It’s the best performance we had.”

To achieve the best, ABAP had to trek a difficult path amid the current COVID-19 pandemic.

With contact sports not allowed by the government at the height of the COVID Delta variant, the boxing team decided to take its act overseas, away from their families and loved ones to fully concentrate in its Olympic preparations.

Majority of the team including Tokyo-bound Petecio, Paalam, and Irish Magno travelled to Thailand for a five-month training camp inside a bubble, while Marcial travelled back and forth to the US and trained under Hall of Famer Freddie Roach, before joining the US boxing unit in its training headquarters in Colorado, Denver later on.

That was enough to put the Filipino pugs in their proper mindset and focus on the task at hand of ending the boxing team’s two-decade long medal drought in the Olympiad.

When the Games began, the compact four-man team suffered an early casualty when Magno was ambushed in the round of 16 of the women’s flyweight by Jutamas Jiptong of Thailand, leaving Petecio, Paalam, and Marcial to carry the fight for the country.

Proudly they did so, despite the huge stumbling blocks standing their way.

Petecio was the first to face the daunting task as she was up against top seed Yu-ting Lin of Chinese Taipei in the round of 16 in the women’s featherweight class, and opposite a rangy Italian foe in Irma Testa in the semifinals.

The reigning featherweight champion from Davao survived both tests, edging out Lin by the skin of her teeth, 3-2, before outpointing Testa via split decision, 4-1, to advance in the gold medal round.

Petecio found herself pitted against former tormentor and hometown bet Sena Irie in the final, where the Japanese again got the better end of her counterpart, 5-0, and relegated the Filipina to a silver medal finish.

“We stand proudly behind Nesthy and her achievement, and for me, she is our gold (medalist),” Vargas proudly beamed after the fight.

Petecio’s serious run for the gold obviously brought out the best in Marcial and Paalam, and inspired them in their respective quest. 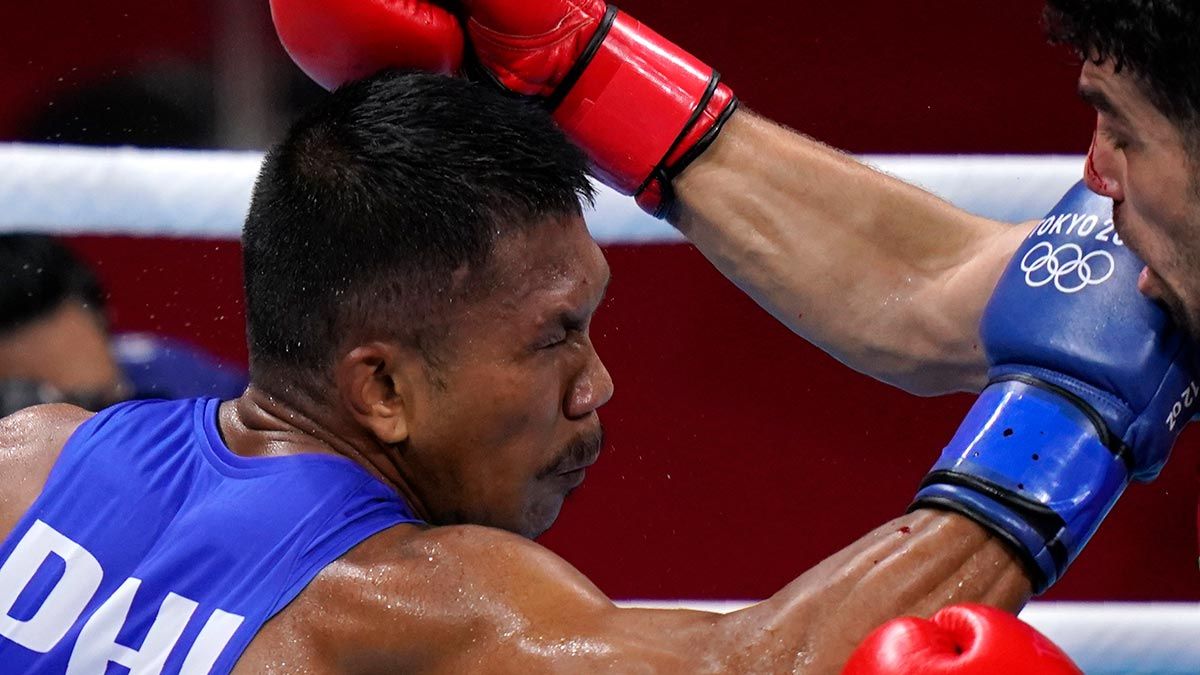 The 5-foot-11 Marcial had to be in his best in a stacked up middleweight division that boasted the likes of man-machine and European champion Oleksandr Khyzhniak of Ukraine, World Championship bronze medalist Herbert Souza of Brazil, and second seed and World Championship gold winner Gleb Sergeyevich Bakshi of Russia.

That set up the pride of Zamboanga in a semifinal clash against Khyzhniak, the top seed middleweight who’s undefeated in his last 61 fights, in what proved to be a thrilling, back-and-forth slugfest which unfortunately, went in favor of the Ukrainian, 3-2, and left Marcial bagging the bronze instead.

Following Marcial’s exit, Paalam became the last man standing and did his best to carry the Philippine flag.

His path to the gold was just as tricky as those of Petecio and Marcial. 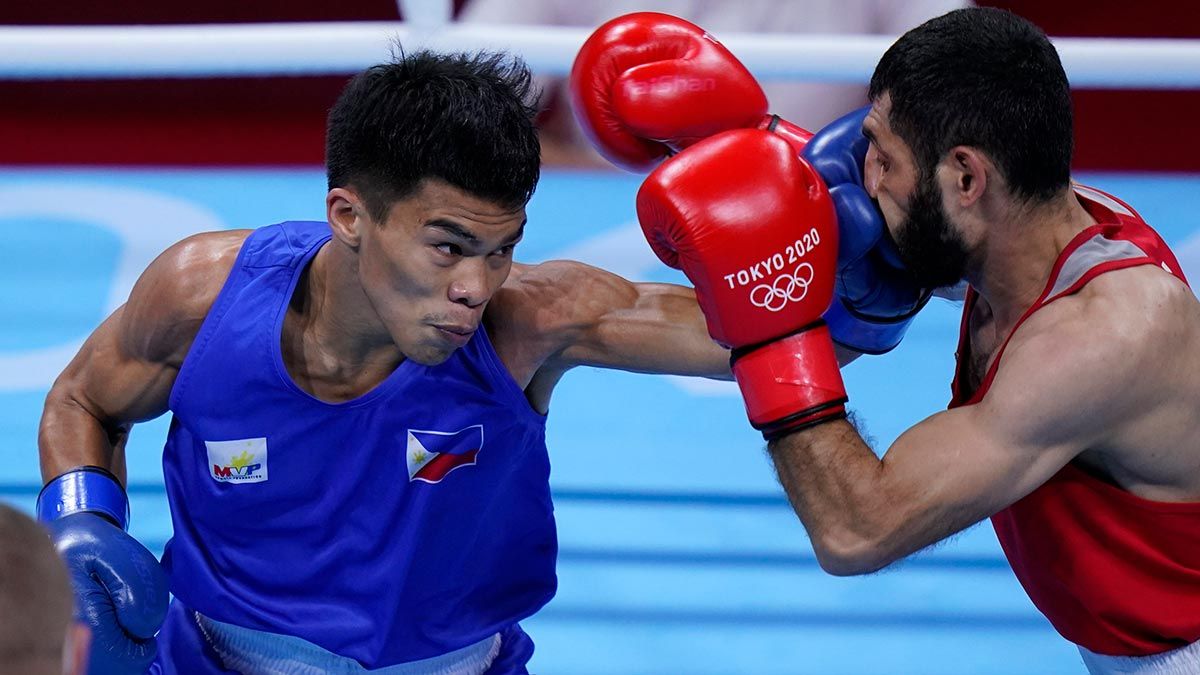 The least heralded among the three, Paalam went through the proverbial eye of the needle before reaching the men’s flyweight finals, a lower division where Filipino boxers traditionally did well in past Olympic campaigns like Onyok and his brother Roel Velasco (bronze, 1992 Barcelona), and the late Leopoldo Serantes (bronze, 1988 Seoul).

After barely advancing to the Round of 16 after a split decision against Brendan Irvine of Ireland, the one-time scavenger who used to roam around the streets of Cagayan De Oro, was lined up for a showdown against former World Championship silver medalist Mohamed Flissi of Algeria.

Undaunted by his Algerian foe, Paalam eked out a unanimous decision and made it to the quarterfinals where reigning and defending champion Shakhobidin Zoirov of Uzbekistan awaited him.

But the Filipino never got intimidated by the stature of the top seeded Ukrainian, whom he engaged in a toe-to-toe clash of an action packed bout that had to be stopped in the middle of the second round when both fighters sustained deep cuts caused by an accidental headbutt. Paalam was obviously the better fighter and the judges didn’t deny it as validated by the 4-1 split decision they gave in favor of the Bukidnon-born warrior. 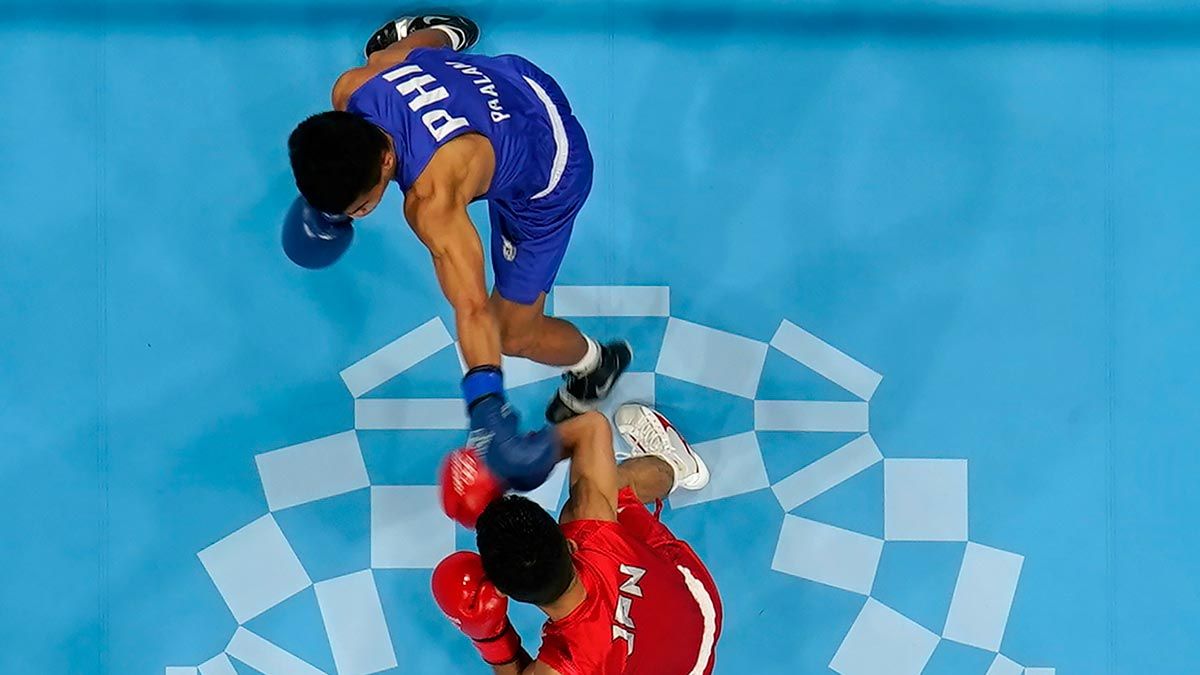 Buoyed by the inspiring win, Paalam dominated in the semifinals by shutting down Ryomei Tanaka, 5-0, unmindful of the heavy cheering by the hometown crowd on the Japanese bet, to advance in the gold medal play.

Standing on the way of the Filipino’s golden bid was England’s Galal Yafai, whose older brother Khalid was a former WBA super-flyweight champion.

Yafai proved quick to the draw managed to impose his will against Paalam early on when he scored a standing eight count against the Filipino in the opening round.

Paalam tried in vain to salvage the fight, but eventually lost by a 4-1 split decision to take home the silver. 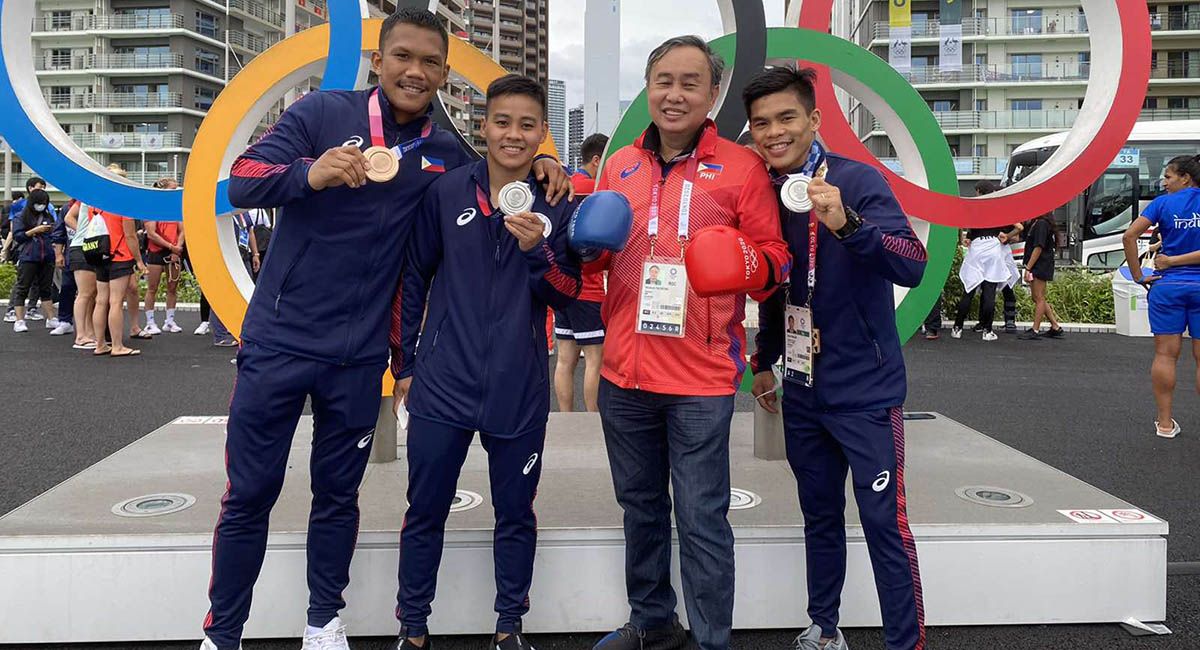 Although the gold remains elusive for the Philippine boxing team, the three medals won by Petecio and Co. already provided a clear blueprint at how close the Filipino fighters are at finally reaching the Promised Land.

And it could come in the next Olympic in 2024, where Vargas said, ‘Much more will be expected from us in Paris.’

The three fighters vowed to be up to the challenge.