AMONG the many stunning, moving portraits taken of the Pinoy athletes during the Summer Games, we saw tears. We saw anguish. We saw steely determination, or utter exhaustion, or — for many in our corner — the electric thrill of a medal victory. But no portrait can light up an arena quite like Margielyn Didal’s thousand-wattage smile. 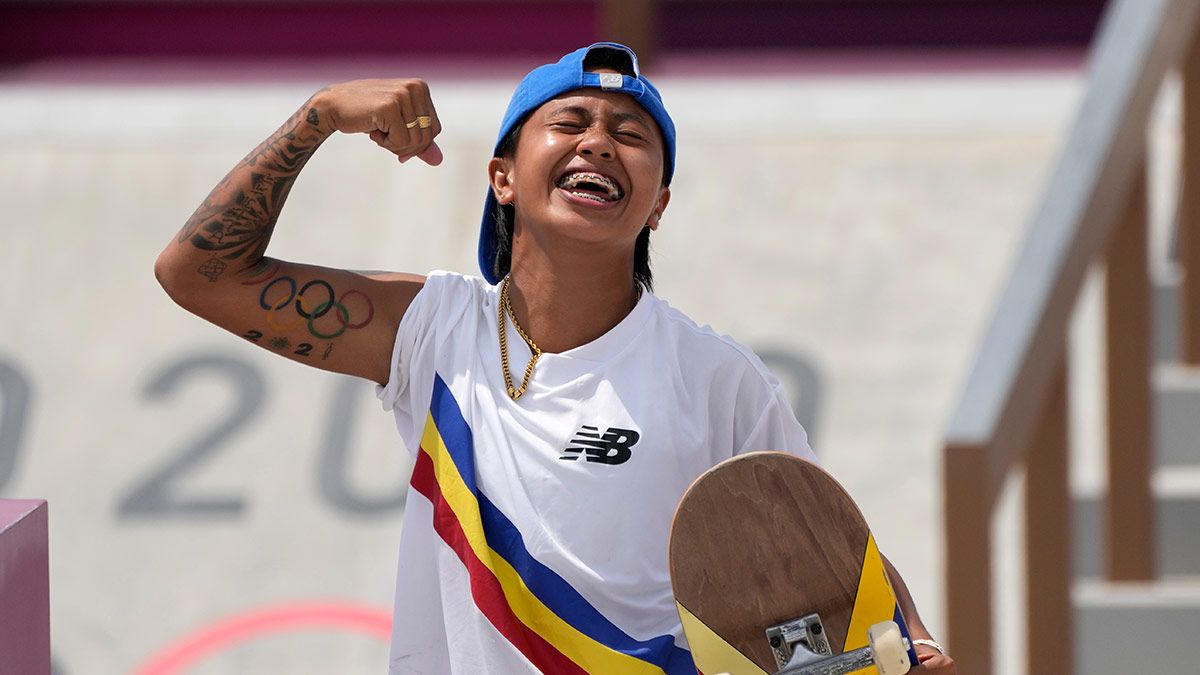 It seemed inseparable from her, permanently etched into her face, even after she crashed out of her tricks and saw the prospect of a medal slipping further and further from her grasp. Instead of rage, or disappointment, or regret, there was only pure joy illuminating her face.

As journalist Hannah Keyser wrote from Ariake Sports Park: “No one is having more fun here than the Philippines’ Margielyn Didal.”

Didal ended the street skate finals seventh out of eight skaters, garnering a total score of 7.52 and fighting through ankle pain as she only managed to land one of her five attempts. 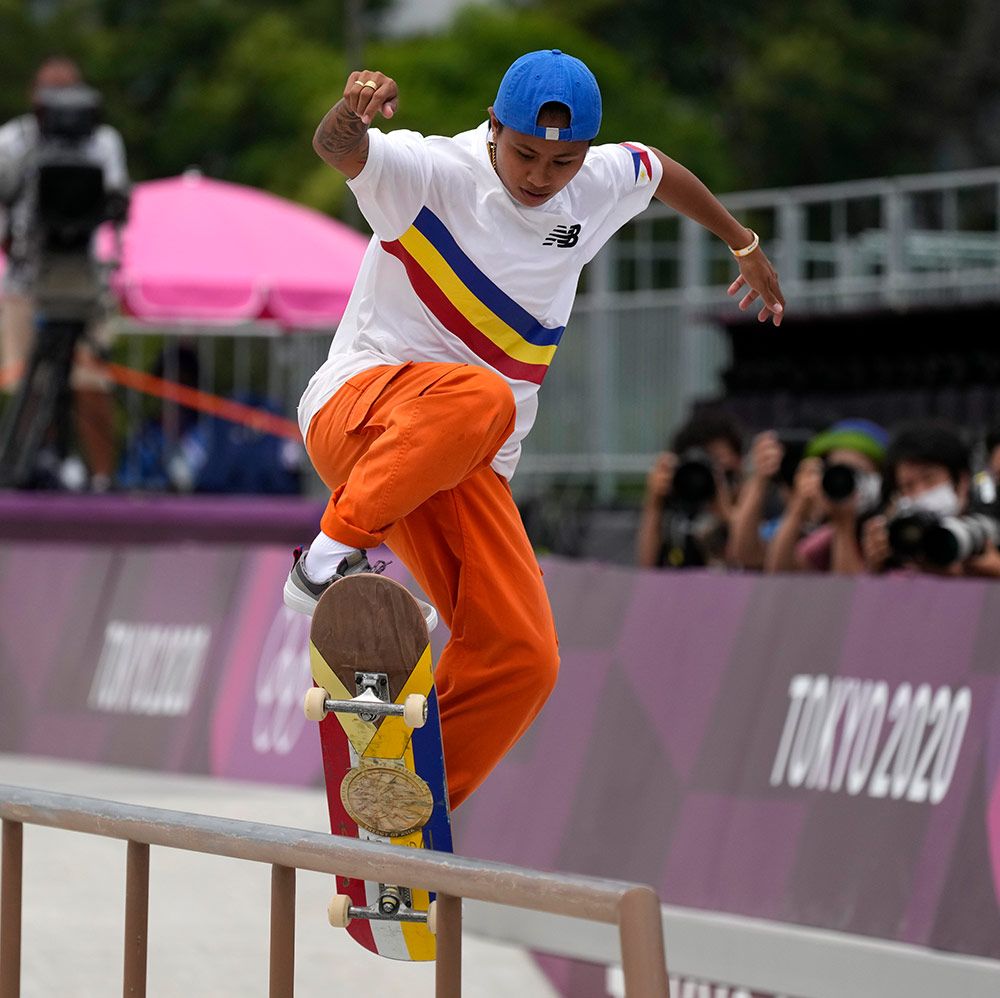 Even so, she was hailed around the world for her high spirits throughout her brief stay in Tokyo.

And even the great Tony Hawk was not spared by Margielyn’s good vibes.

Back home in the Philippines, Didal laughed off her viral moments. It was all in keeping with the spirit of the sport, she said.

“That's how skateboarding is. It doesn't matter what your nation or culture or what language you speak is. We have the same passion. You're surrounded by the people who have that same passion,” she told Spin.ph after the Olympics. 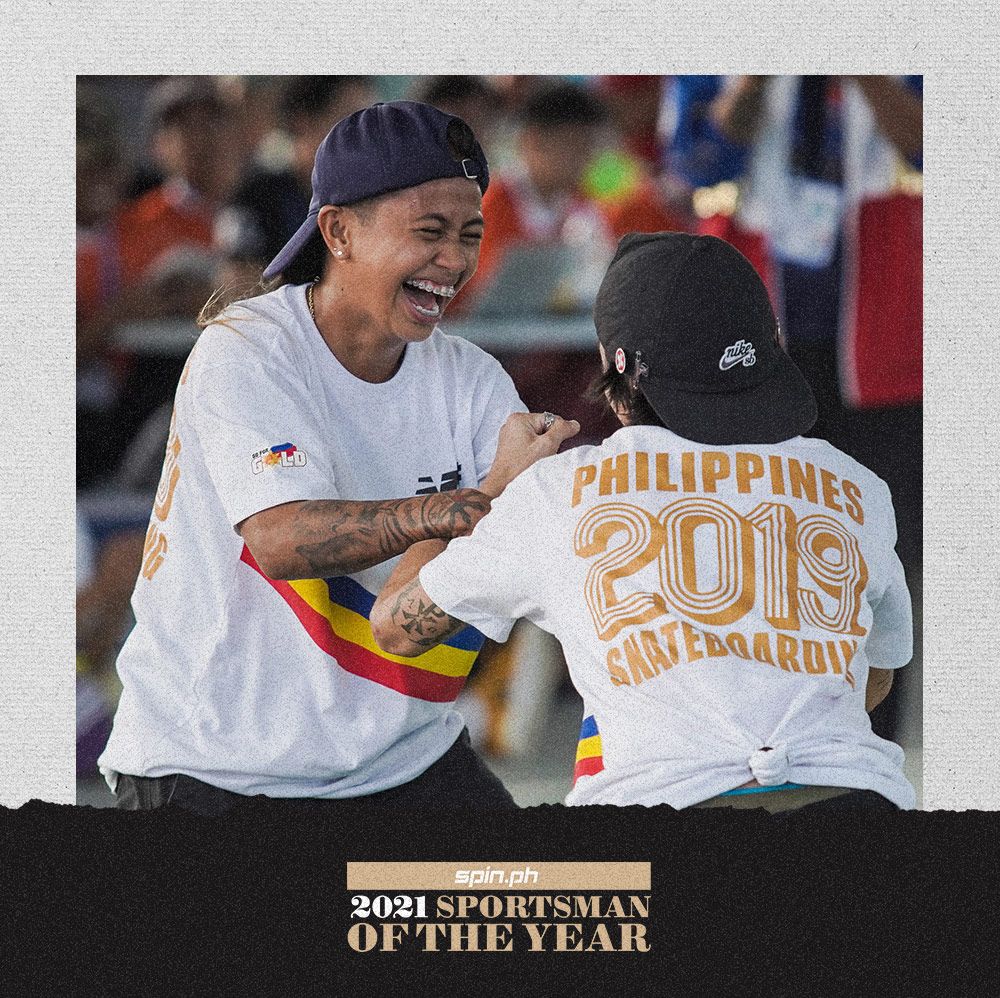 Didal added, “Hindi siya parang, he or she is from another country, and we're competing against each other at ayaw kong makipag-usap.”

But she did confess with a smirk that a bit of her own kulit was mixed in there as well.

But no one can accuse Didal of not taking her sport seriously.

Picking up the sport after watching local skaters enviously from her mom’s street food stall, Didal quickly wowed the Cebuano skate community. A trifecta of golds — one from the 2018 Asian Games, and two from the 2019 SEA Games — marked Didal’s meteoric rise to the top. In an Olympic qualifier in Florida right before the pandemic hit, Didal nabbed third place before global lockdowns forced her to stay, and train, at home.

While her entry into the Olympics was almost assured by virtue of her rank, her team was worried that her skills would stagnate as the lockdown stretched on. 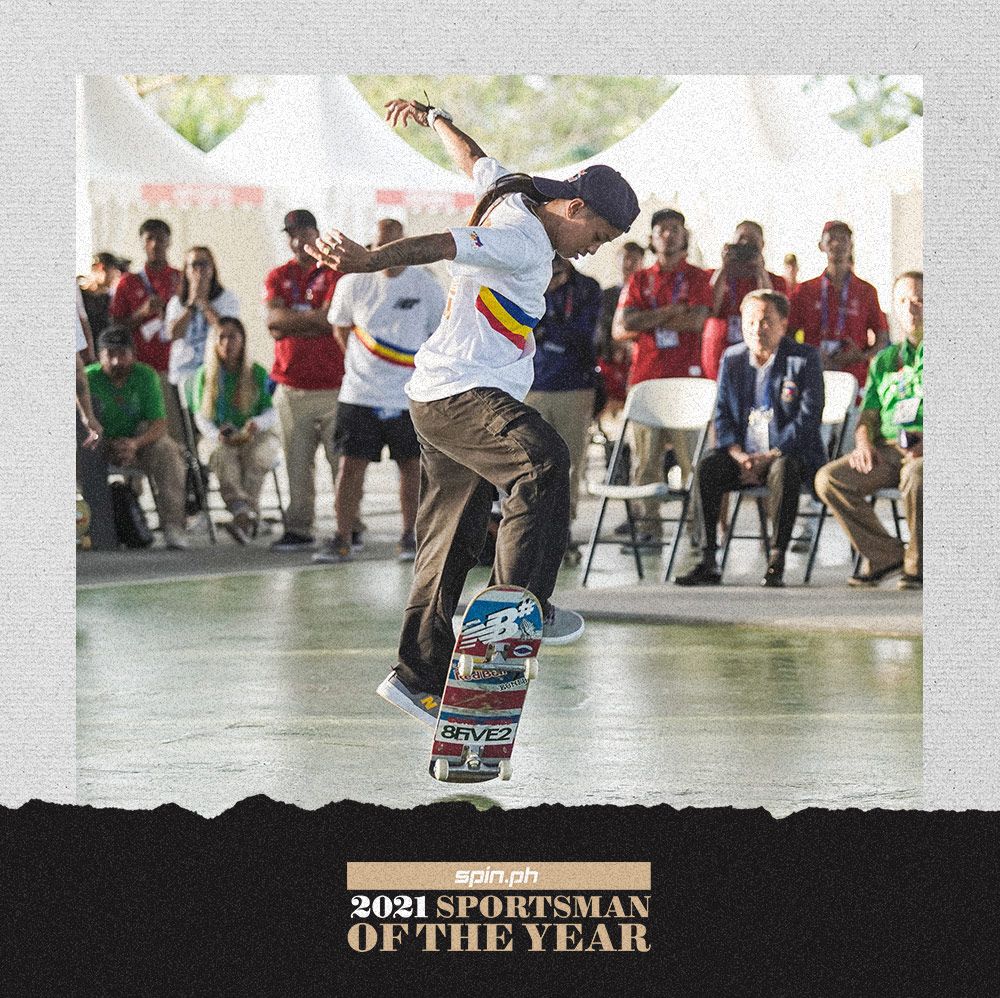 It came to the point that her father, a carpenter, had to construct a makeshift quarter-pipe on the roof of their house just so she could get skate time in. (Sponsor Red Bull would later set up her own private facility in the Cebu highlands.) 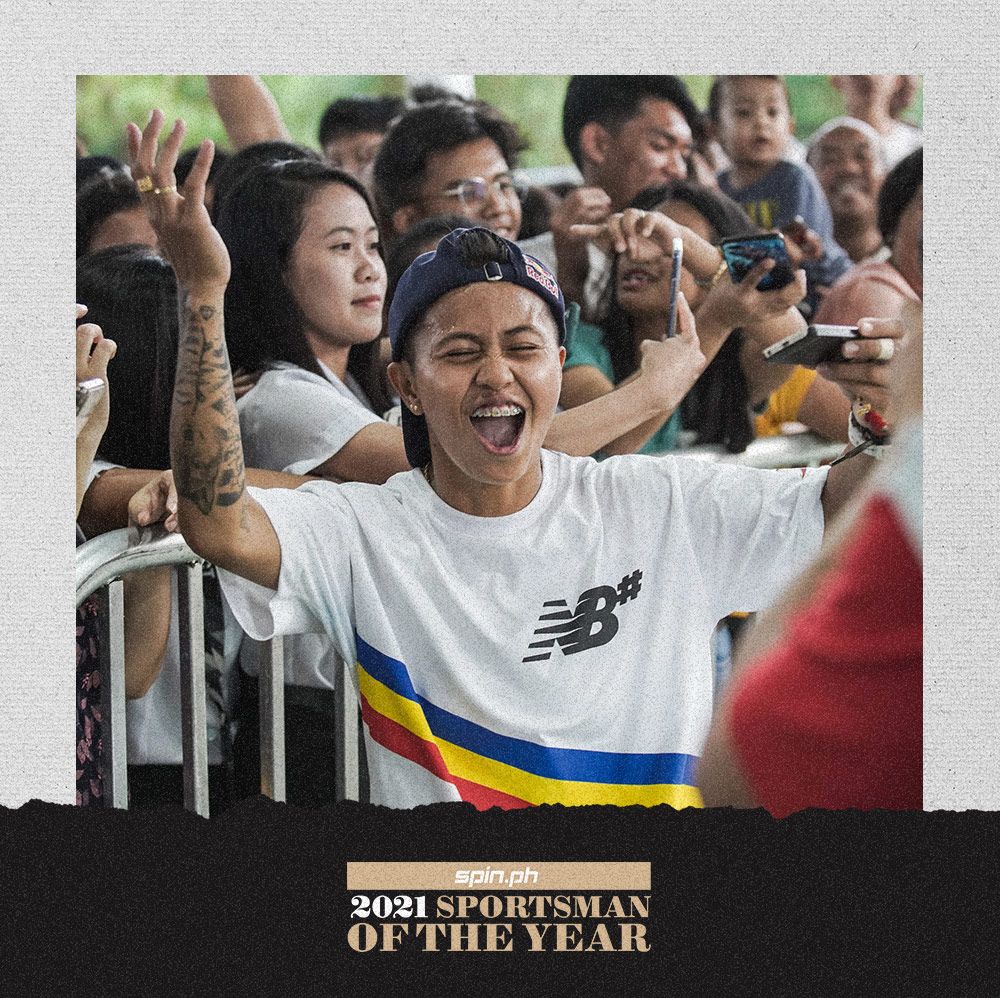 But even before the Tokyo games kicked off, she managed to squeeze in even more training time in Los Angeles.

“I expected to get to the finals,” said her longtime coach Dani Bautista to Spin.ph in an interview last holiday season, “which we did. I was very happy with the results.”

He went on, “At the end of the day, we were out there having fun skating and showing the country that we can make it to the highest level despite the little resources and support we have in our skateboarding program.” 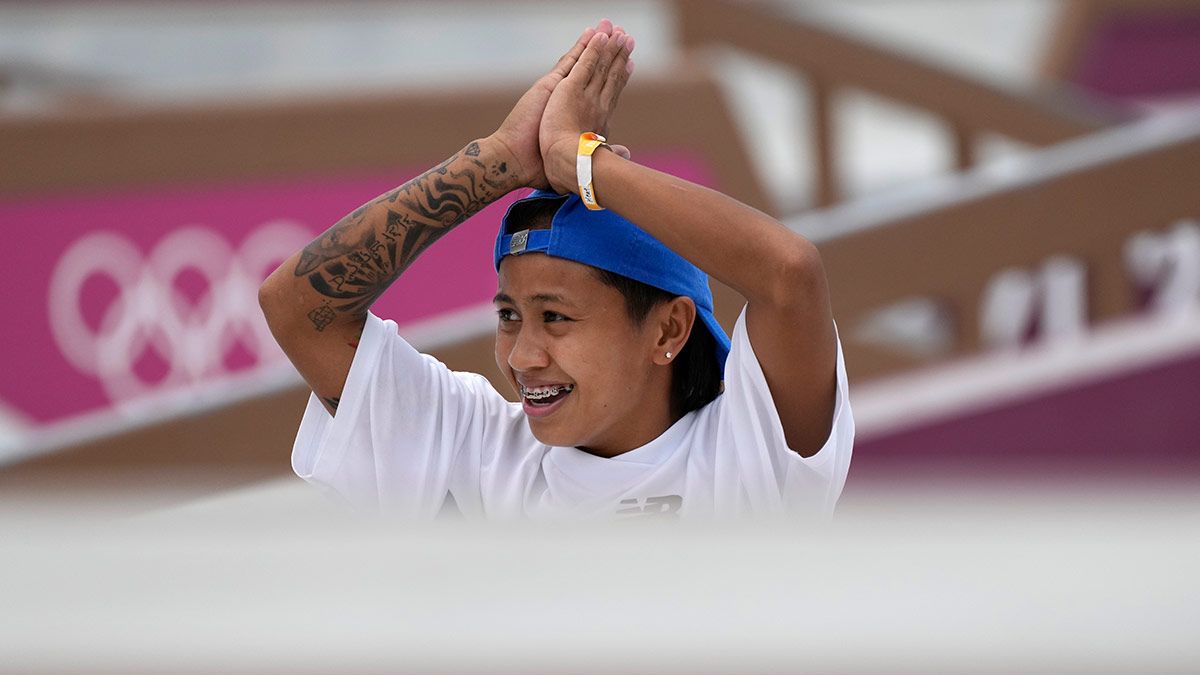 Her smile hides an unflagging drive to take Philippine skate where it’s never gone before. She’s already blazed a trail to the Olympics — now, she’s pushing forward to see how much farther she, and the sport she represents, can go.

For future skateboarders — and for any athlete, really, who’s faced critics and haters and people telling them that they can’t do what they love to do — Margielyn’s smile has lit up the way. Enduring in the face of loss and defeat, it's also a dazzling reminder of why we play sports in the first place; a triumphant beacon that shines brighter than any medal.

“She made it possible to make it as a skateboarder in the Philippines,” commented Bautista. “That is powerful.”