One year later, SJ Belangel looks back on shot that changed his life

ONE year ago today, SJ Belangel shot a buzzer-beater trey to clinch Gilas Pilipinas' historic 81-78 win over arch-nemesis Korea during the 2021 Fiba Asia Cup qualifiers inside the Clark bubble.

While the AUF Gymnasium was empty at the time, having been held in the middle of one of the worst health crises known to man, the impact of a singular feat that was eight years in the making still reverberated among Gilas fans.

Still does a year later.

By tallying 13 points, five rebounds, and two assists in a gutsy performance he topped off with the game-winner, Belangel etched his name in Gilas lore and earned the respect of basketball-loving fans everwhere.

That shot also proved to be a game-changer as SJ's career is concerned, elevating his profile as he became the starting guard of Ateneo and, now, the first Filipino to be recruited as an import in the Korean Basketball League.

Memories of that single shot that made up for decades of frustration against Korea, in fact, came racing back when the six-foot guard signed that historic deal with Korean club team Daegu Kogas.

"Nung pumutok na 'yung news na I will go to Korea, bumalik lahat 'yung memories when I shot that buzzer-beater," he told Spin.ph. 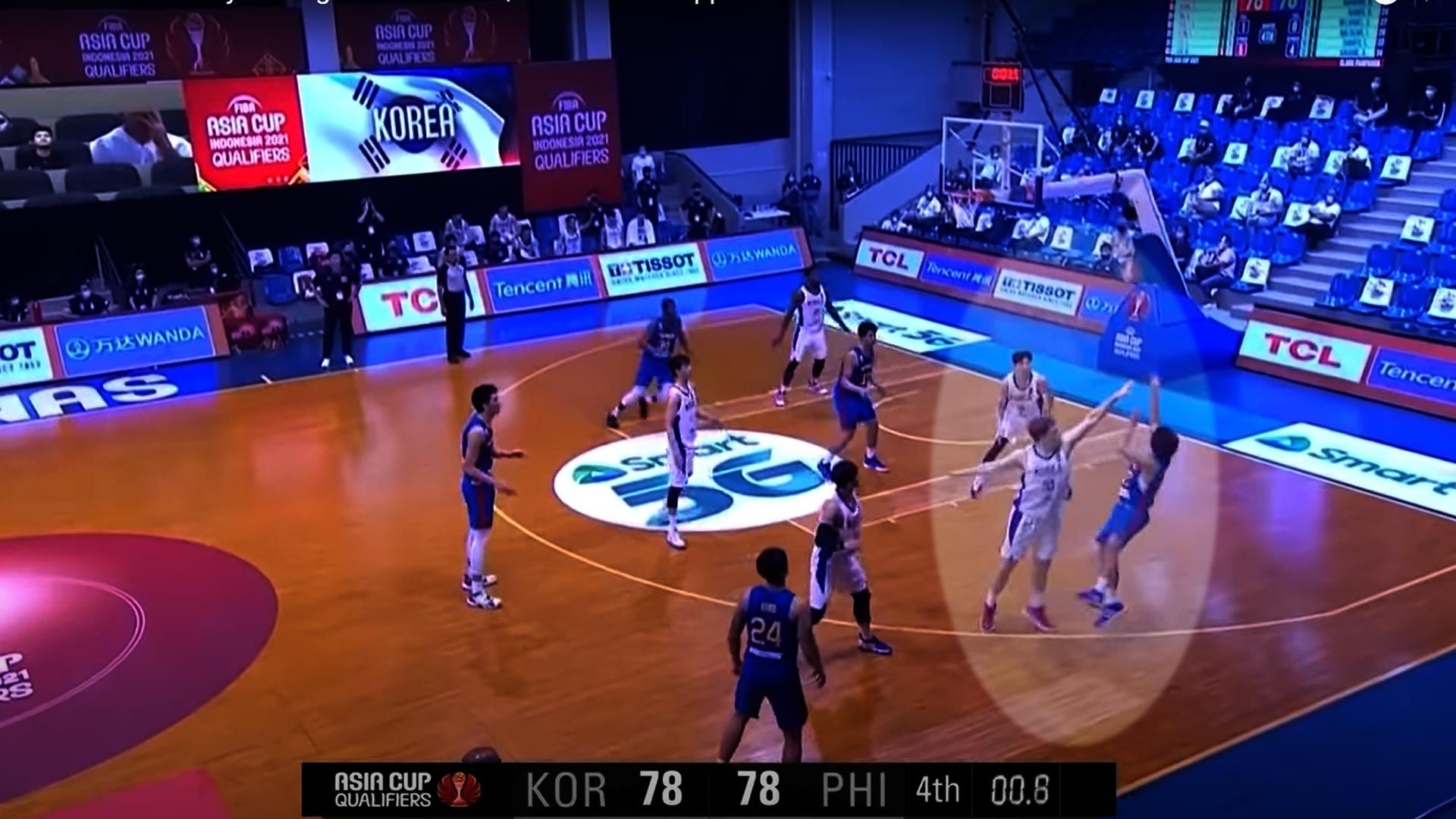 Belangel said he never imagined that one shot can have so big an impact or open many doors for him. But he's mighty glad that it led to him fulfilling his dream to play overseas. That is, if his game was good enough.

"Wala pa akong idea noon, but I have been praying since then na sana, I can play overseas, and kayanin ng talent ko," he continued.

At the time, South Korea head coach Cho Sang Hyun even dismissed Belangel's game winner, calling it a 'lucky shot'. For SJ, though, as he joins Daegu KOGAS Pegasus, that shot represents much more than that.

Lucky shot or not, that buzzer-beater changed Belangel's luck.

"It's not just for me, I'm not just representing myself but also my country," he said. "I'm truly blessed and glad to know na may nakakapansin sa young Filipino athletes and trust them that they have that capability to play internationally."

The 5-foot-11 stalwart is yet to meet his future team, but he's already dead set on proving that he's worth the opportunity.

Both for himself and the country.