THROUGHOUT last week’s Olympic qualifying tournament in El Salvador, many Philippine surfing fans joined #TeamPuyatPH. With a 14 hour time difference between us and the Central American country, fans had to wake up in the middle of the night to tune in to livestreams (and sometimes even Instagram Stories) of the ongoing surfing games.

Among those watching closely was Nildie Blancada of Siargao, whose younger sister Nilbie was part of the Philippine team.

Nildie, who is nine years older, watched in horror as her sister fell to third place in her final repechage, less than a point behind Japan’s Amuro Tsuzuki and Australia’s Sally Fitzgibbons.

Blancada was the last Pinoy surfer to fall at the World Surfing Games — the last chance for athletes for a slot in the Tokyo Olympics. Fitzgibbons would later crawl out of the lower brackets and win the top spot in the overall tournament. 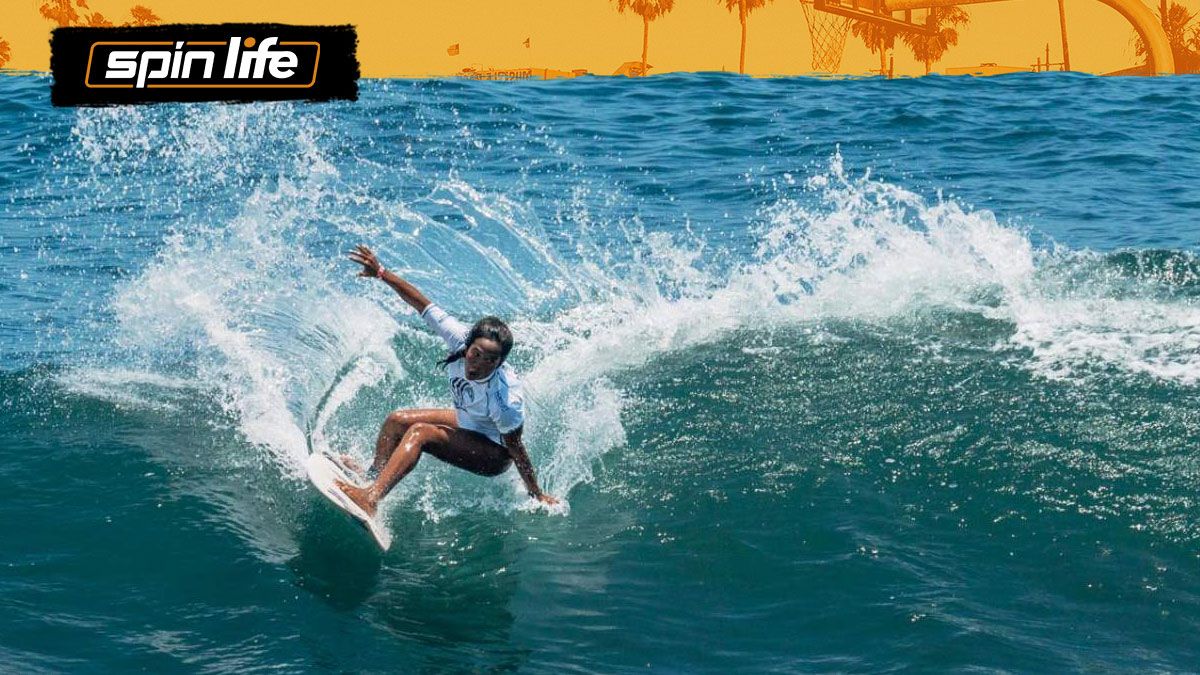 “I was angry. Even before the final decision, I was already mad,” said Nildie, speaking over the phone to SPIN Life. “She shouldn't have let that wave go."

Blancada went on, “She shouldn't have given up that last wave for her. I don't know why she wasn't freely using her priority. If I were her, didikitan ko talaga si Sally, kasi she can get any wave she wants. She shouldn't have let Sally get it. Yun ang mistake ni Nilbie dun.”

Right after her heat, as she saw her younger sister go up to the shore, sobbing and overwhelmed by the enormity of her loss, Nildie sent her a message. She knew how it feels to lose after a competition; in her words, like the “whole world is crashing down on you.”

“Especially since she's not only fighting for herself,” Nildie said. “She's fighting for her child, for her country, for her people, for her family, everything. I felt really bad for her. Minessage ko siya.” In her message, she congratulated Nilbie for doing her best, and to learn from her mistake.

The sisterly bond is still strong between the two. It was Nildie who taught Nilbie how to surf when the latter was only 13 years old. They would attend competitions together, and, as she did in El Salvador, she would give her younger sister stern advice on how to be a better surfer.

After all, she acknowledges, Nilbie, now 28 years old, has long surpassed her.

“I'm not getting any younger,” she reflected. “She's still young and she can get a lot of opportunity. And she is good. No doubt about that. Ako, iko-compare ko yung sarili ko, malayo na."

Nilbie is not the only Siargao rep in the Philippine team. Joining her were hometown bets Edito “Piso” Alcala and John Mark “Marama” Tokong, who was based in Australia during the lockdowns but was born in the seaside surf town.

Of course, the town can’t shake off that feeling that Blancada, Tokong, Alcala, and the rest of the surfing team could have gotten farther.

But that’s the way the wave breaks.

In Siargao, Blancada's own children, now about the same age Nilbie was when she was first learning to surf, have also fallen in love with the sport. Nildie is glad for that.

"I tell them: Just surf," she said. "Being in the water, you're always the happiest person. Every single wave you ride, it's a different story. It makes you really happy. It's a good sport."