AS one of the older guys in the league, TnT veteran Kelly Williams has enjoyed an esteemed on-court reputation in the PBA, bolstered by his 13 seasons' worth of contributions to the game.

But as he opened his own YouTube channel, the 39-year-old forward revealed a side to him not often seen on the court.

Like that time he wanted to be a voice actor.

"Growing up I wanted to be an actor, a voice actor," Machine Gun Kelly shared as an answer to the question, 'What's one thing people don't know about you?'

The TnT guard, recently returned from a sabbatical, added, "Every time I went intro the bathroom, I'd read words as if I'm doing a commercial, I'd do all these different types of voices trying to mimic what I hear on TV, not gonna get off the toilet until I read everything perfectly without any hiccups."

Aside from that amazing bit of trivia, the 39-year-old was also eager to share the wisdom he'd picked up as he approached his forties. 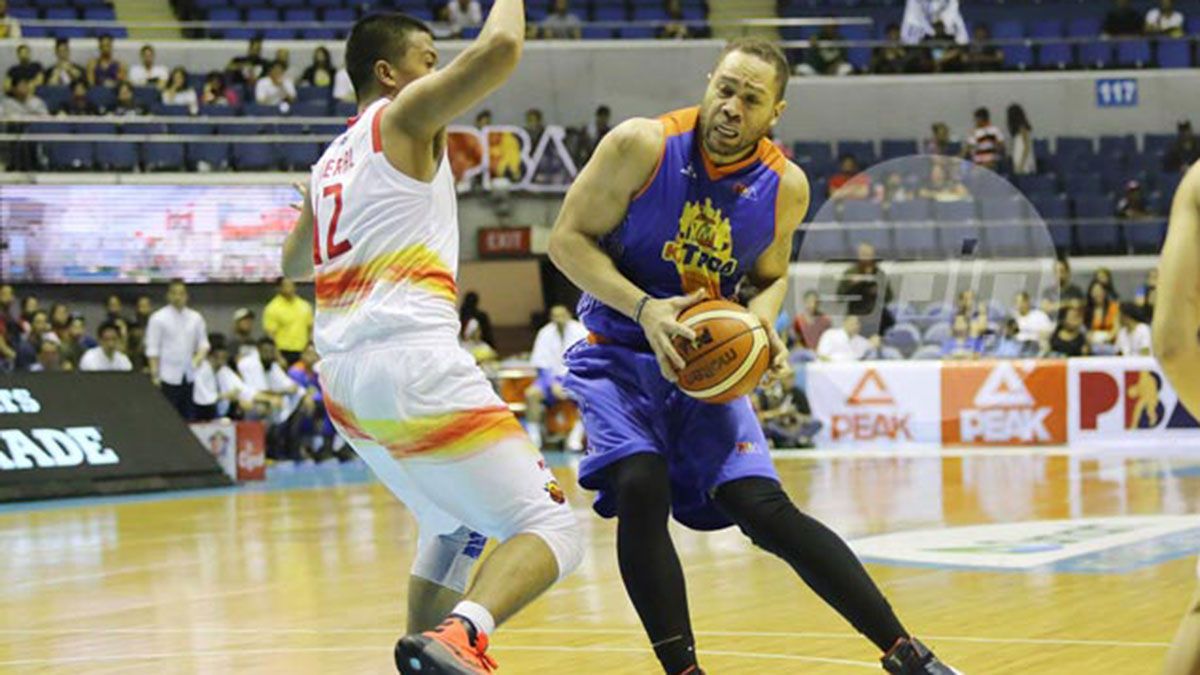 In one part of the vlog, he talked about what he would tell his 25-year-old self. Williams gave an honest, heartfelt answer.

"Not to rush love. Work on yourself, work on growing as a man, and handling your responsibilities before adding anyone else into the equation," he shared. "I would also tell that the outside world isn't as scary as you think. I spent so much time at home because I had many fears growing up, social fears. I was afraid to step out, afraid of making a lot of friends."

He adviced: "Don't feel guilty about your growth, but also help other people grow."

And that's only the tip of the iceberg when it comes to insights.

Digging into his thoughts of game-fixing issues, the veteran reminded fellow athletes of the dignity of their profession.

"This could be a whole video itself. It’s unacceptable. A lot of guys dream of playing ball, getting paid to do it. It’s f*cked up, respect the damn game. I can't imagine being on a team with someone who knows they are partaking. People are losing their jobs, millions of people lose their jobs. It’s a slap in the face to all guys like myself who respect my game," he said.

The Fil-Am also weighed in on infidelity.

Williams said: "If you're unhappy, and you feel the need to cheat, get out, that's it."

As pro athlete, he also spilled the beans on some useful advice for a healthier lifestyle. For Williams, it was all about balancing all aspects of everyday living.

"Understand what your goal is. Be mindful of your eating habits, improve your habits. Get proper rest at night. [Pay attention to] how you treat your body, how you feed your body, and how you train your body," he said.

On a personal note, Williams gave a shoutout to his pal Ryan Reyes to the question of who is his closest teammate. The two shared six championships together, and even formed a one-two trade package in 2010 as they entered the telecom team's stable.

"Ryan Reyes is like my annoying little brother. We've won all our championships together. Been together through ups and downs eventhough he's annoying sometimes," he said.

The former PBA MVP also talked about his retirement plans, and how he backtracked on his decision after he had already announced his curtain call in September last year.

"I already retired twice, I have ideas and dreams I want to do. I want to train players like high school, or younger. Like grassroots level. But I don't want to be a coach, I don't have the patience for it," he said.

He added: "Regardless of the plans you have, if basketball is still in your heart, [go for it], the goal of retirement is to feel at peace, I don't want to look back 10 years from now knowing that I let go of an opportunity."

Williams was invited back to the team last March, with the brand new gig sealed with a two-year deal.