For this champion PWD dragon boat team, sports is the great equalizer

ARNOLD Balais may have lost his right leg when he was a teenager, but he’s been active in sports for a very long time.

Struck by chronic osteomyelitis at 14, his right leg was amputated early on in life. However, that hasn't stopped the 45-year-old from racking up international medals in weightlifting and swimming, including a gold model for 50m freestyle at the 4th ASEAN Para Games. He was also the first amputee to ever scale Mount Apo — a feat he accomplished in 2013. 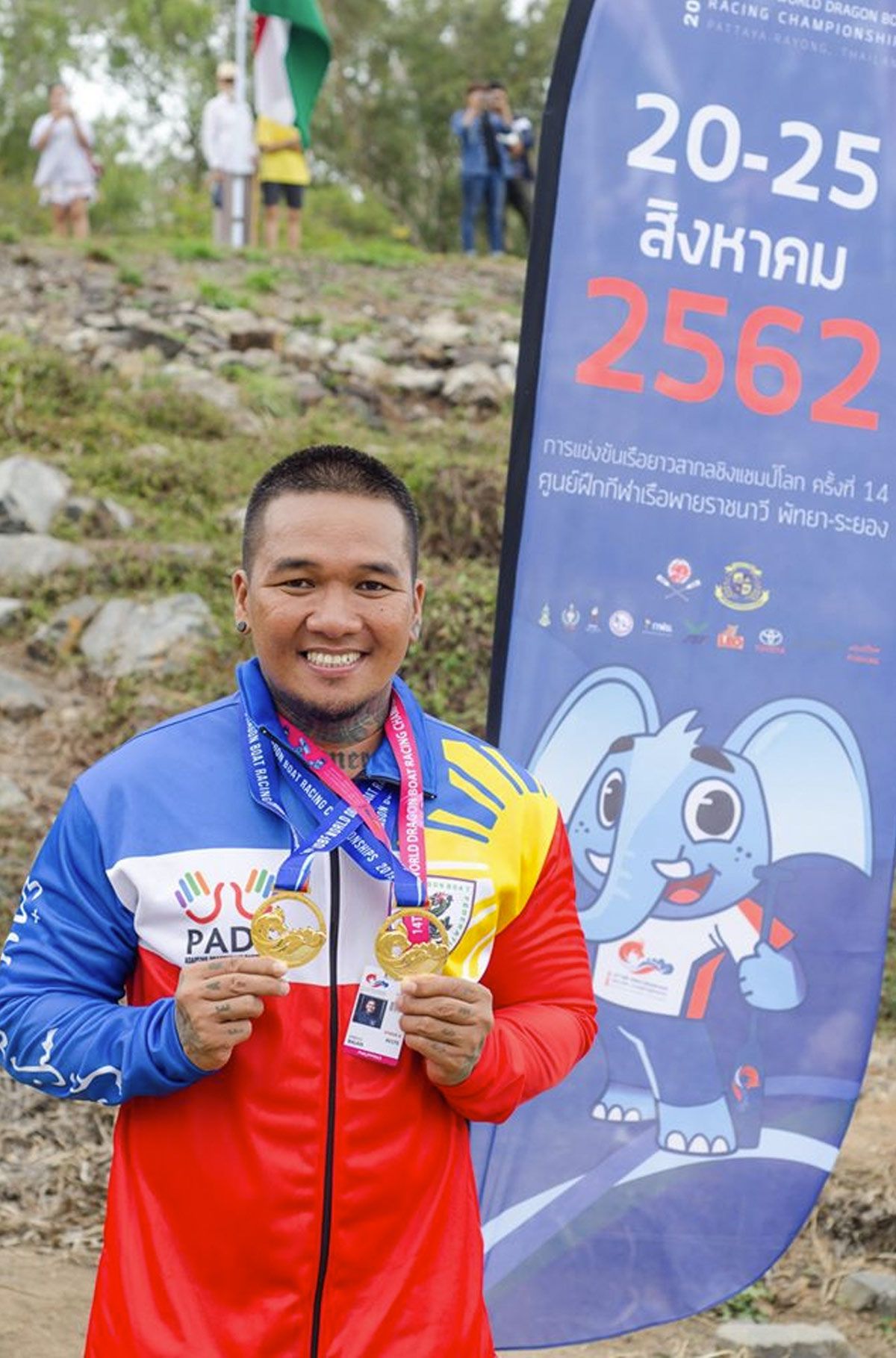 But this time, things are a little different. From solo endeavors requiring feats of personal strength and will, he now finds himself leading a squad of fellow PWDs as team captain of the PADS Adaptive Dragon Boat Team.

Some rowers are amputees like himself, or suffer from other orthopedic disabilities, moving around on crutches or wheelchairs. Some are blind or deaf. But when they get on that boat, they are all equal. They are all champions. 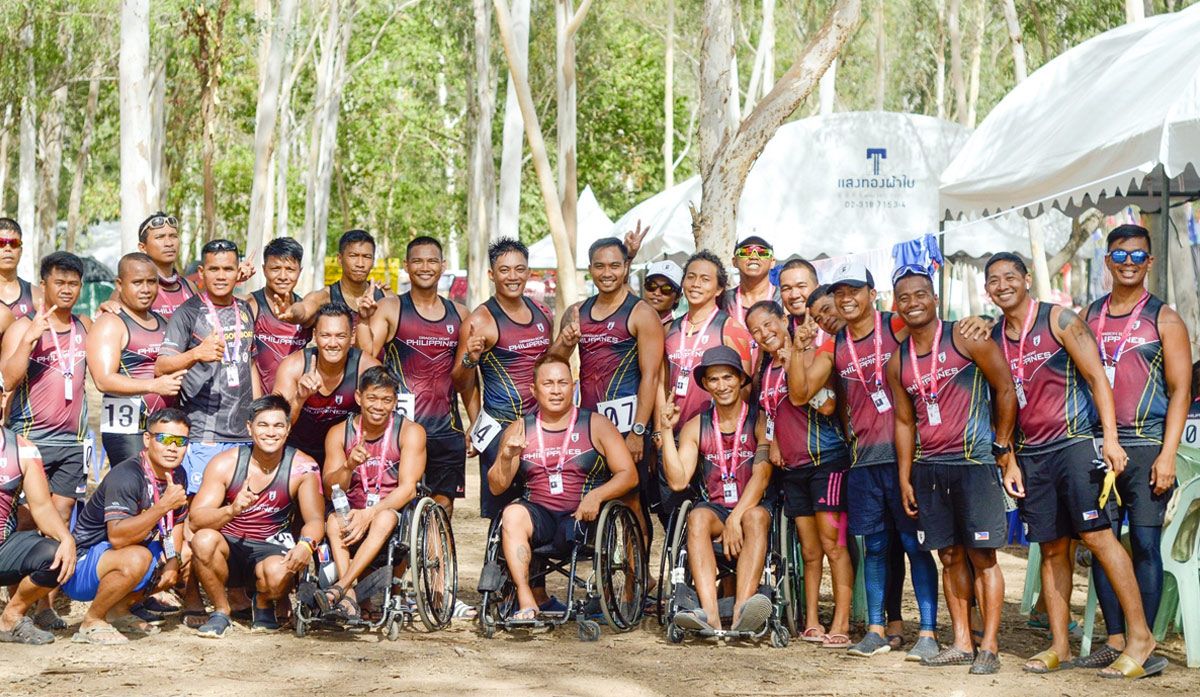 Just this year, the Cebu-based crew bagged four gold medals at the International Dragon Boat Festival (IDBF) in Pattaya, Thailand, handily ruling the 200- and 500-meter races for both the Small Boat Paradragon Division 1 and Division 2. It was the first "paradragon" competition of the IDBF; a Division 1 race meant an all-PWD crew, while Division 2 allows for mixed abled and disabled rowers. 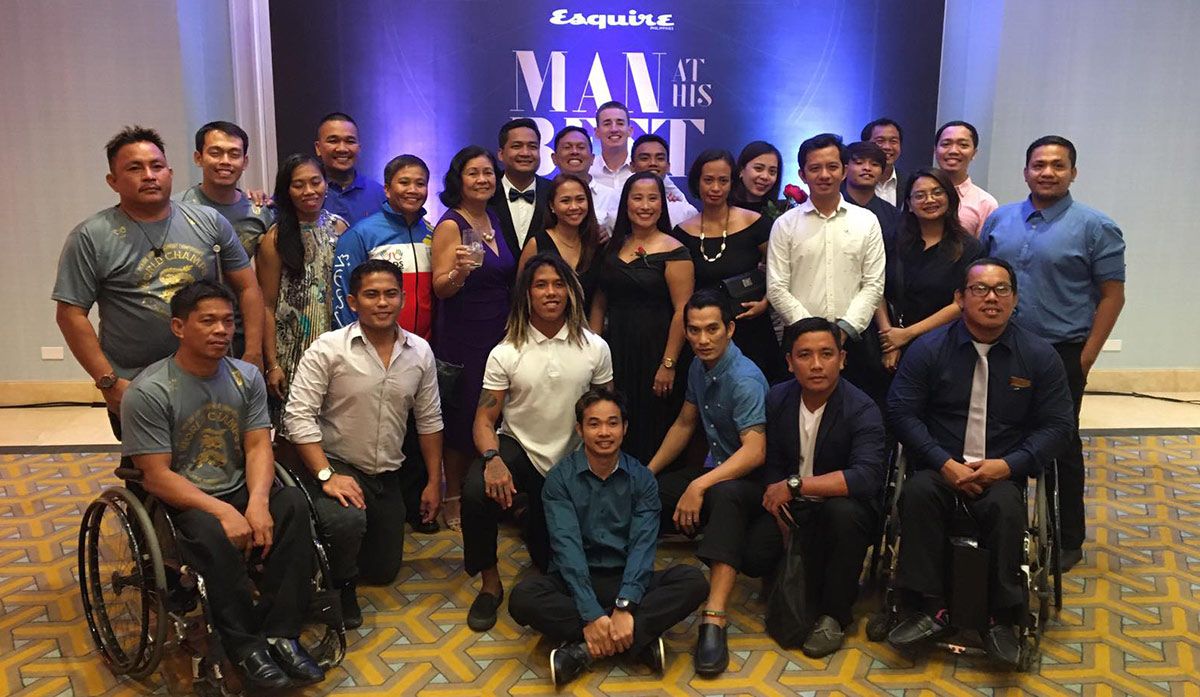 It's a respect that they've worked hard to earn over the years. Their team philosophy? Whatever an able-bodied team can do, they have to do twice. As Balais said in his speech at the 2019 Esquire Man At His Best event, where they were awarded Sportsmen of the Year: "We compete against able-bodied paddlers. They train twice a week, we train four times a week."

Balais sees his role now as more of a mentor to the younger members of the team. Whatever lessons he's picked up from a lifetime of competition, he wants to pass on to the rest of the crew. "Kailangan lead by example ka," he said.

One of these young rowers is Kent Tumangan, who lost his right leg to sports.

Three years ago, an injury he got in a pick-up basketball game turned into an infection, which then metastasized into a tumor. "Pinabayaan ko rin," he recalled to SPIN Life. The doctors had to amputate.

But now, Tumangan is back in sports. Nearly two years ago, he saw a Facebook post about tryouts for a Cebu-based dragon boat team. "Nag-message ako sa kanila: 'Pwede ba ako sumali?' Sabi nila: 'Kaya mo ba?'" He showed up two hours early for a 5am call time, and he's been paddling for PADS Dragon Boat ever since. 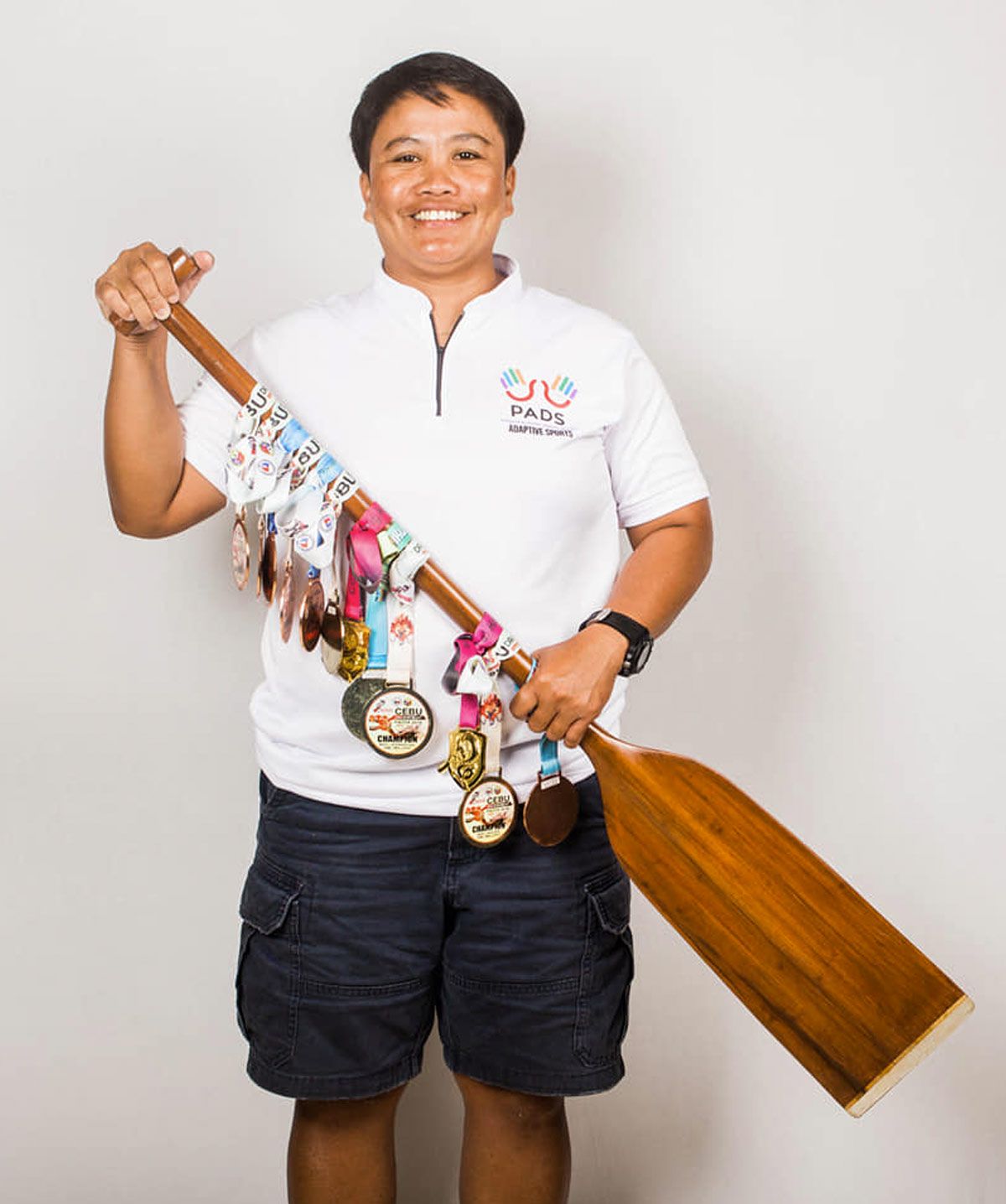 The PADS Dragon Boat coach, Aileen Padrones, on the other hand, is a longtime veteran. Since 1999, she's been part of several national dragon boat crews, and today coaches four rowing teams. This is her first time to work with PWDs.

"Malaking challenge sa akin," she said, "lalo na ang mga deaf. Nag-aral ako ng sign language, lalo na sa command ng boat." For those with orthopedic disability, she adapts her training — for the one-legged rowers, for example, she positions them at the side of the boat that will maximize their power. 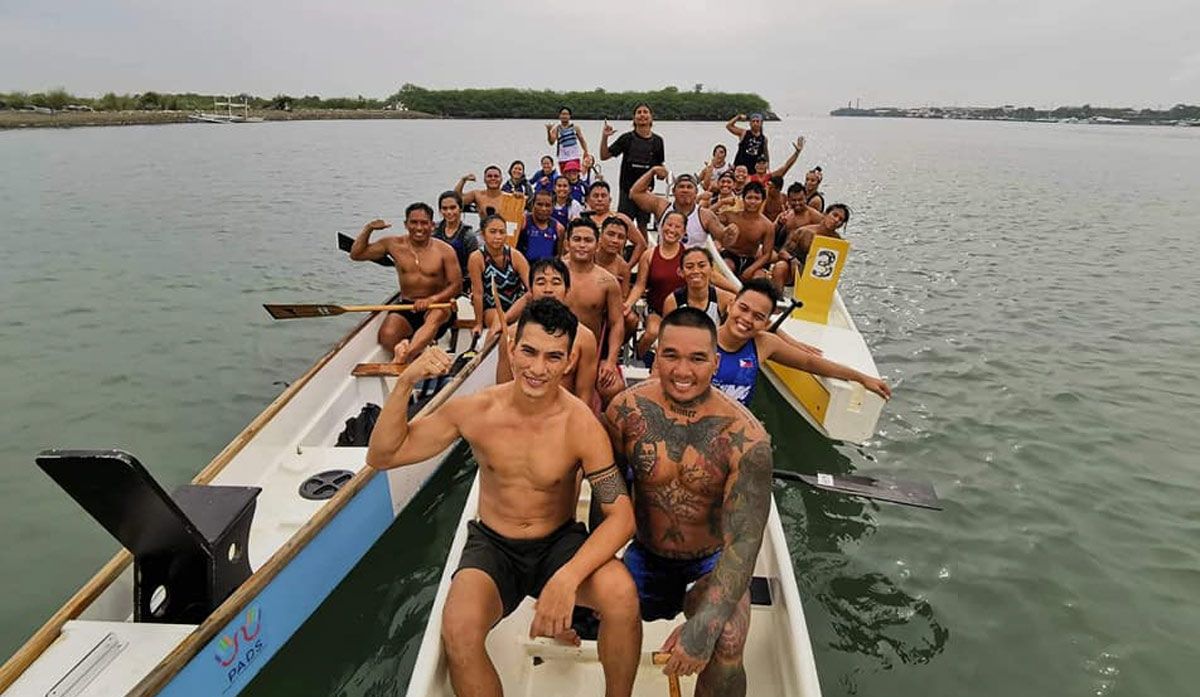 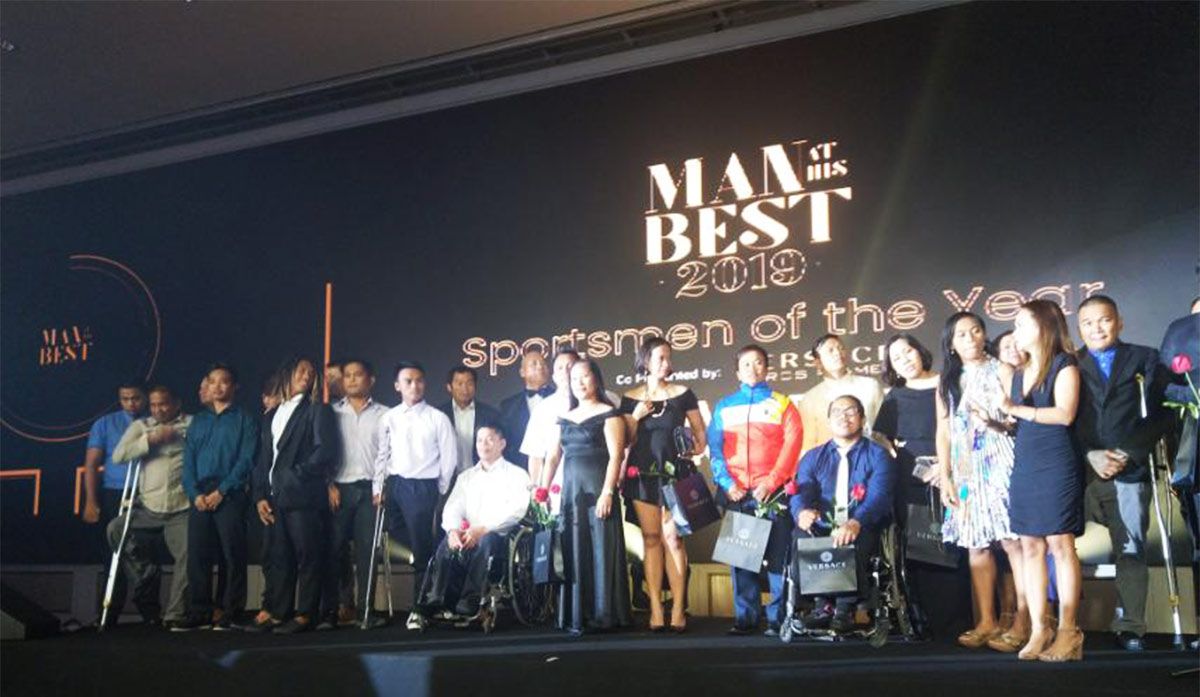 Their journey is far from over. Next year, if they can get enough sponsors, they hope to compete at the 12th IDBF Club Crew World Championships at Aix-les-bains in France.

Balais agreed. No matter what your state in life, he believes, with a paddle in hand, "sports is the great equalizer."