WHILE the noisiest boxing fans were in front of their television screens, throwing out opinions as thick as boxers throw punches, Rachel Marcial Donaire was working from the ringside.

About two weeks ago, May 29, Nonito Donaire showed up in Cason, California to knock out French fighter Nordine Oubaali in the fourth round to become the oldest bantamweight champion in history. He was 38 years old.

Donaire has the edge is terms of experience. But it was Oubaali who had the belt.

With retirement rumors lingering for years, 'The Filipino Flash' was proud to make the world know that he still had it. But what's more interesting than the feat itself was the excruciating process behind it.

He came in prepared and in condition both physically and mentally — with a lot of the credit going to the woman by his side. 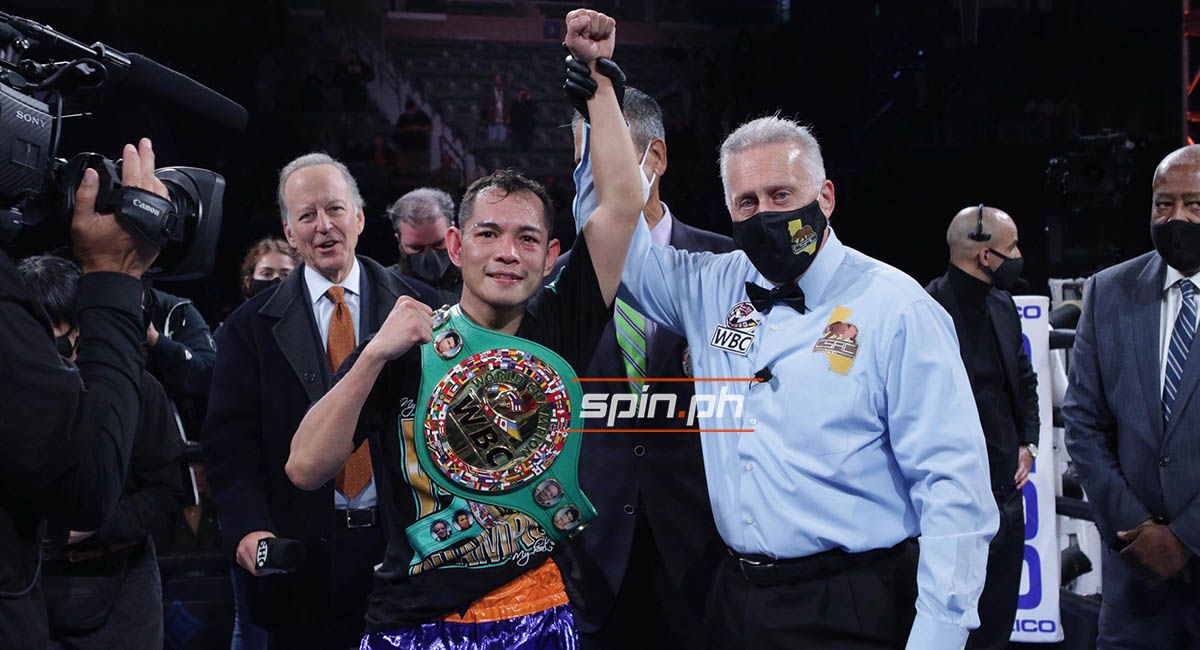 Above the loud screams from the crowd during game time, Nonito only listened to one voice: his wife Rachel's,. She acted both as his coach and manager.

"[She] is the voice in the corner, all were instructed she was the only one to talk. I could hear her voice above everyone so it makes it easier for me to stay focused on the game plan rather than making it a more difficult night," he said in a social media post.

"Not only that, she helped me to be able to perform best inside the ring by pushing me with all the strength and conditioning and speed and agility drills," he continued. "Then, she steps into the final sparring rounds so I can practice distance on a similar height and distance."

She was the one who orchestrated it all — from the dirty work inside the gym to working on game plan strategy to being his coach in the corner.

But the most difficult part for Rachel Donaire was dealing with all the doubters.

"I was bullied from all fronts. Promoters, media, fans heckled at me, attacked me on every social media outlet and cried me into a ball, I could do no right because in their eyes, I didn't belong," she said in a lengthy write up posted in her official accounts. "[That] I was supposed to be cranking out babies, and [I should be staying] in the kitchen."

Rachel continued: "I shield [myself] from fans and cameras. I'd cringe at interviews feeling that whatever I say will be disregarded as trash. [Even] second guess myself."

The online sniping traumatized her. But she said an encounter with a young girl reminded her of the reason why she was there in the first place.

"When Nonito really laid into everyone that I was the reason for his speed, conditioning and gameplay, I hid and ran," she wrote. "I have gotten so use[d] to taking the punches when I was in the spotlight, I never wanted to step into it again. And then my friend told me her 6-year-old daughter, Lyla, was so proud of me she almost cried, I stopped... 'me? Not Nonito?'"

From then, she stepped up to the ring fearlessly. And more: She's receiving her own WBC belt as a trainer.

"I need to show up NOW for all girls and women in this world and take ownership proudly of what I've done. It wasn't easy, this job never was. We don't have nannys or housekeepers. I raise the boys with help from my family. I managed Nonito's schedule and contracts, I do the laundry, I run my own businesses and contracts, I train and train other people as well. I did all that and still showed up [that] Saturday."

Stay in the kitchen? Sure. After all, it's not that far from the ring.

Just take it from Rachel Marcial Donaire, a woman, a wife, a mom, and the female head trainer of a male boxer who just won in a world title bout.