Mozzy Ravena makes being a mom to three high-profile athletes look easy. It's not

BEING a mother to three high-profile athletes is quite a tough act, but Mozzy Ravena makes it look easy through her love and care for her children.

A mother to basketball superstars Kiefer and Thirdy as well as Ateneo volleyball player Dani, Mozzy describes herself as a hands-on mother which he decided to become even when her children by former PBA star Bong were still kids.

When his children grew up, Ravena remained very much a presence in her children's life even as he juggled work and domestic duties.

“Hindi pa rin puwedeng 9 to 5 because I want to go to their games tapos may mga errands sila, I try to help them out,” said Ravena. 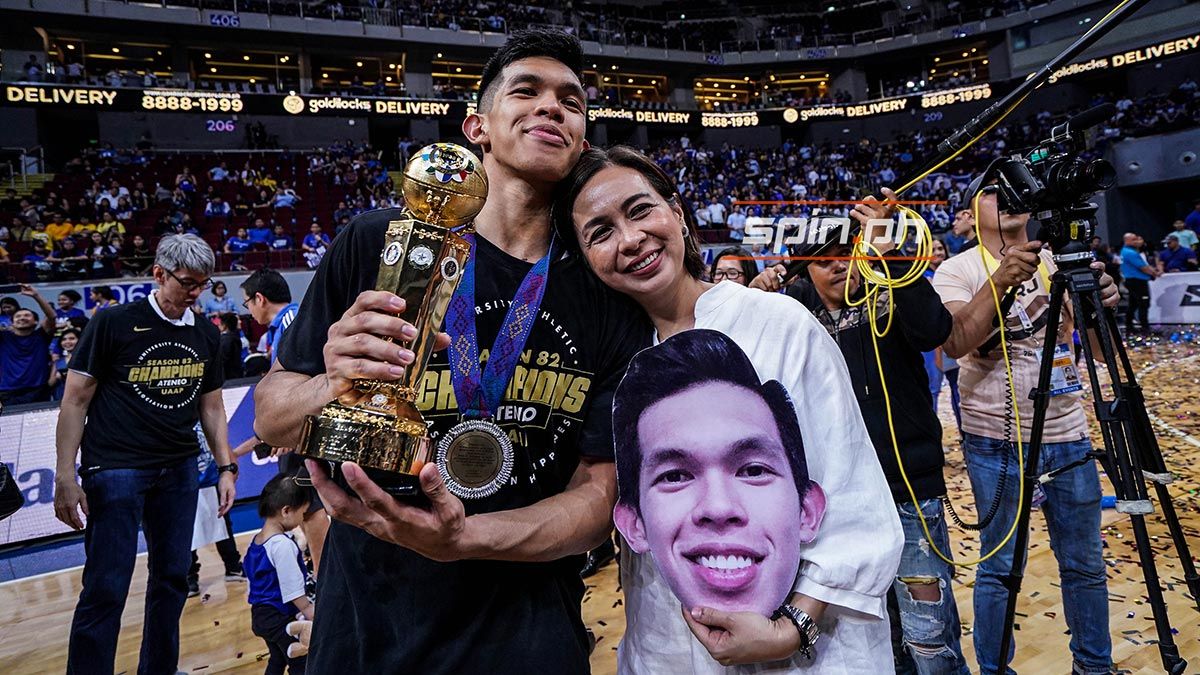 Being a part of the sports family, Ravena makes it a point to watch all of their games. Even though he was once a volleyball varsity player and husband Bong a former PBA star, Ravena made sure not to cross any boundaries with their coaches.

“It’s more of hindi siya technical but I know that they will become better players.,” said Ravena.

Ravena said one of the few times that she missed the games of her children was last year when Ateneo won the championship over University of Santo Tomas, with Thirdy winning the Finals MVP in his last game as a Blue Eagle.

While there were a lot of triumphs, there were also tough times for the Ravena family. One of those was when Kiefer was banned by Fiba for 18 months for ingesting a performance-enhancing substance during a Fiba Basketball World Cup qualifier.

As a mom, Ravena said she made sure to help Kiefer keep a positive attitude even during the tough months when he was unable to play basketball, or be involved in other basketball-related activities.

"[I told him] you just have to take it as a man. Parang sinasabi ko sa kanya, tignan mo after, blessed ka pa rin. Kaya sabi ko, at any rate, you look at the blessings rather than the challenges.”

The Ravena siblings also have their share of bashers, but Mozzy has learned to roll with the punches.