How trainer behind True Focus got Kiefer, Thirdy, and Kobe Japan-ready

THE PAST weekend had been quite an interesting show for Filipino fans keeping an eye on the Japan B.League. In the latest Pinoy vs. Pinoy faceoff that's becoming a regular fixture, Thirdy Ravena and Kobe Paras met back-to-back games, splitting the difference with their teams San-En NeoPhoenix (2-2) and Niigata Albirex BB (2-2).

The jam-packed weekend saw the former University of the Philippines forward record 21 markers on 8-for-16 shooting, as well as five rebounds, two steals, two assists, and two blocks as Niigata took first blood on their first game, 77-64.

Meanwhile, NeoPhoenix made it even the following day, walking off with a 85-82 win, thanks to the 13 points on 5-for-13 shooting, nine boards, two dimes, a steal and a block done by the Ateneo stalwart. Ravena is by far his team's best shooter (35 percent shooting on 3s on team-high 5.0 attempts).

They might be coming off the opposite sides of the court, but prior to their Japan arrival, their games were honed by one man, with whom they'd been working out with relentlessly before they departed for the 2021-22 season. 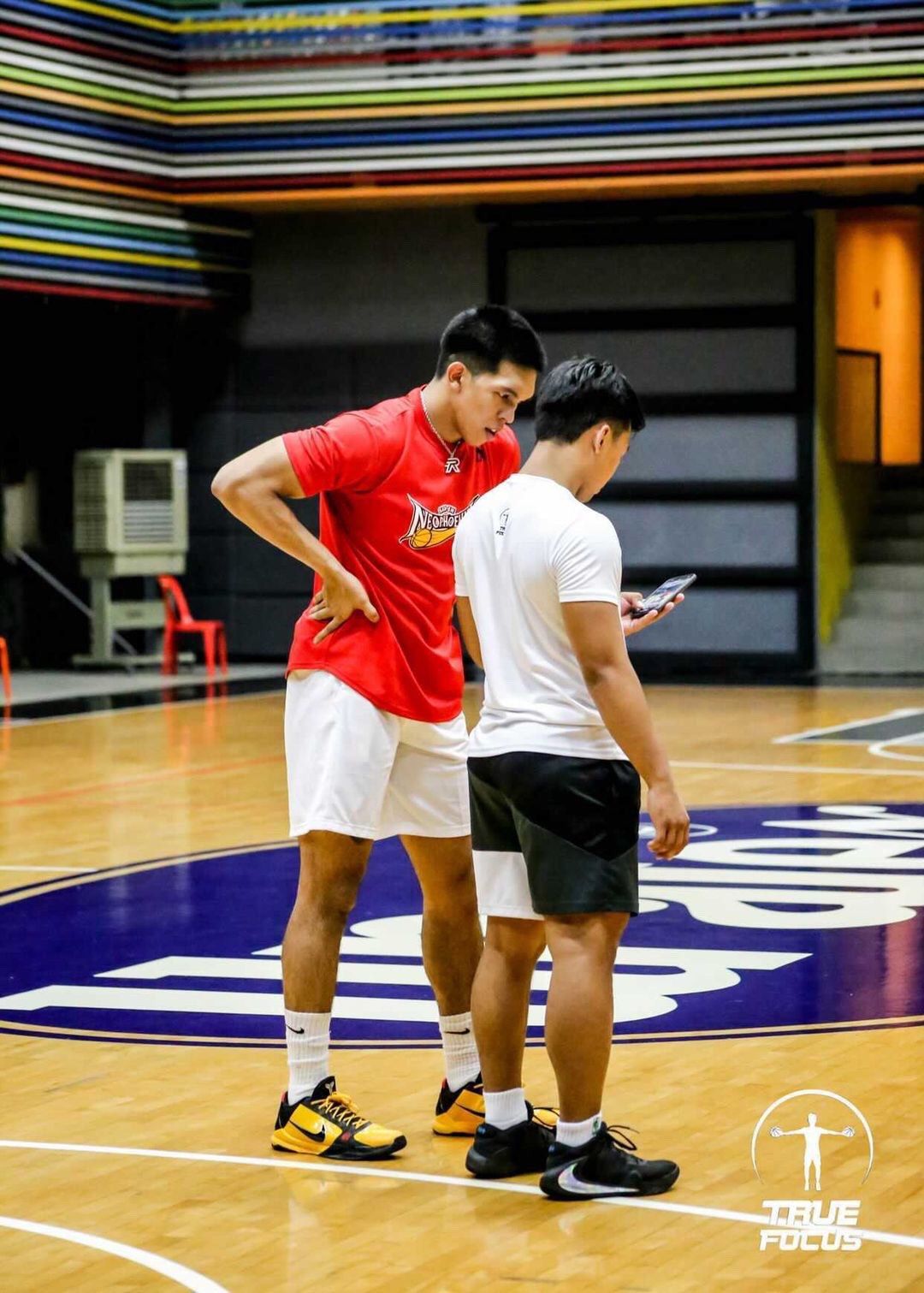 What is True Focus?

For each of his clients, no program is the same. Each one is personalized based on the unique needs of the athlete.

Jolo Tamayo has been training these young guns for some time now. Ravena has been under his guidance for two years and counting. Meanwhile, Paras got started in mid-2020 — pandemic season, so their sessions went virtual.

Tamayo is a former high school NCAA player who suited up for the Letran Squires in seasons 91 to 93. He was also lined up for the school's Team B in the seniors.

Tamayo trained under the watch of coach Mavrick Bautista for roughly a year, from 2018 to 2019.

"The credit is all due to coach Mav. I'm really grateful for him for the mentality he built within me. Up to this day, na-apply ko siya," he said.

Back then, he was a 5-foot-7 guard fueled by the grit and the grind, wanting to better himself in basketball. When his mentorship with Bautista ended, that's when it all began for True Focus.

While at it, Tamayo found himself in a middle of a financial crisis, and that's when it occured to him to start sharing the knowledge that he'd discovered.

He tapped his friend Rafi Silerio's expertise to build the management side of a burgeoning business.

"Kaibigan ko si Rafi," Tamayo explained. "Lagi niya ako binibigyan ng magagandang advice, when it comes to handling this. So, he turned to my manager when I started my own brand, True Focus in late 2019." 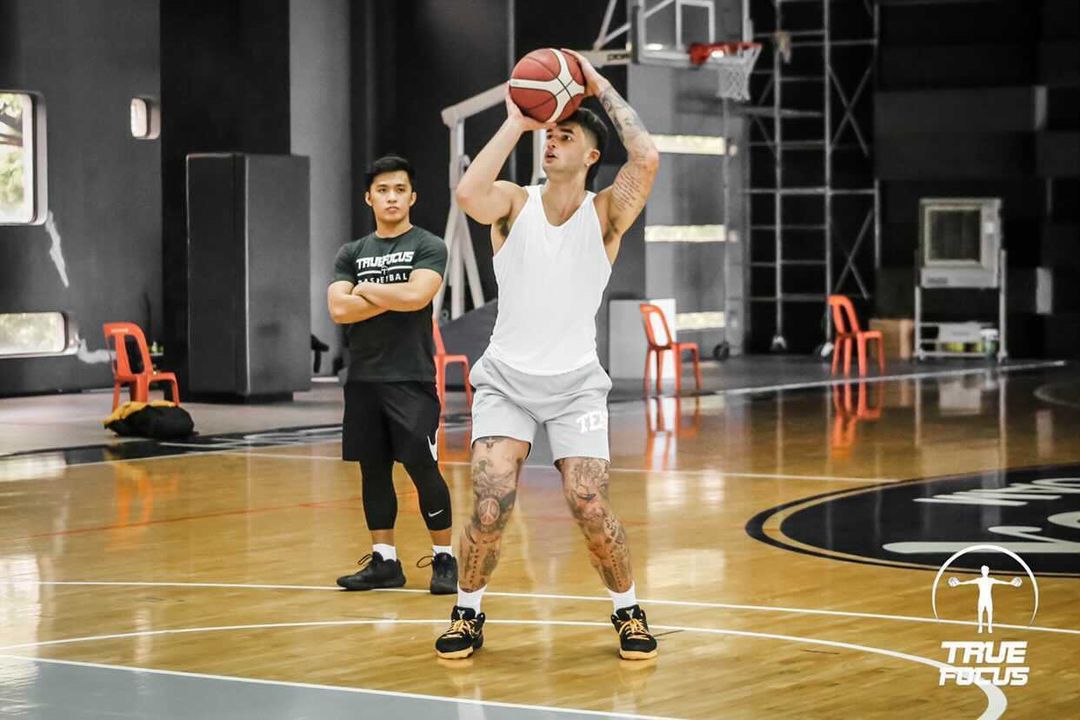 Word started spreading about this new basketball trainer. Tamayo started getting more clients, and then Silerio introduced him to Thirdy Ravena, who that time, was fresh off a three-peat championship with the Ateneo Blue Eagles.

They did their first session in a private gym in Mandaluyong.

It was already the last week of December, holiday season, when Thirdy requested for one more workout. They went around several gyms, but to their bad luck, none was open.

Focusing on the end goal

From there, he began gaining more clients, from both amateur and pro ranks. A lot of people started consulting him for mentorship.

Take note that Tamayo was only 21 at the time.

In fact, most of the people who were DMing him and inquiring about his services were older than he was, but he never felt that he was the younger one.

"They're older but the respect they give me is different. We showed unmatched commitment to each other, and to basketball."

Tamayo has also long accepted that he may have to give up his dream of being a player right now. He's switching switch his focus on basketball mentorship, which has propelled him to heights he never imagined.

"For them to trust me with the improvement of their very profession in life? That's big, and I'm blessed to be in this position," he said.

With this talent-ladden lineup of clients, his daily schedule isn't a joke. He's forced to eat his meals in between workouts. If he could add more hours to the day, he would.

At 3:30 a.m. he begins training in Rizal, then he drives to the south to train another client from 7 a.m. to just after lunch. Then, he drives to Mandaluyong to workout with another from 2 to 6 p.m., before heading to Marikina for one more session until 10 p.m.

But he's still keeping his focus on bigger things to come.

"Malayo pa ang gusto kong marating. I'm still super hungy for improvement, and I'm gonna keep on building that with people. Alagaan ang mga tao sa paligid mo as much as you care about your life is the key," he explained.