Piece by piece, this collector is out to preserve the history of Philippine hoops

WE’VE JUST spent the last three hours sifting through piles of Pinoy sports memorabilia — a maroon-bound collection of Jaworski clippings from his prime, a signed poster of the Eric Altamirano-era Alaska Aces posing beside an Air Force fighter jet — but Dr. Michael Rico Mesina has saved the best items in his collection for last.

On the dining table of his old family home, he laid out a set of plastic wrapped postcards of NCAA players. They’re all clearly labeled in the front that they’re from 1949, but Mesina also talked about how a seasoned collector — someone like Sir Bonsai, an old hand in the field — could easily date an item like this.

He then pointed out their canvas sneakers, and their thigh-high shorts cut dangerously high.

One of the postcards shows a lean DLSU player who, unlike the other players in the collection, isn’t staring straight at the camera. Instead, Valentin Eduque (“La Salle - Senior, NCAA, 1949, Compliments of San Miguel Brewery”) is clutching a ball and staring intently off to the side. The studio light casts his lean face into sharp proportions, his shadow stark on the wall behind him.

Mesina pulls out another item in his collection.

This time, it’s from 1973: A shot of the Philippine team — a legendary squad made up of MICAA stalwarts Mon Fernandez, Abet Guidaben, Yoyong Martirez, and other hoops greats, all handpicked by their coach, who’s standing to the right of a battle-hungry Robert Jaworski. He’s dressed in a disco-fit white suit this time, and his face is looking slightly more weathered after twenty-plus years. But it’s unmistakable: It’s Tito Eduque — La Salle’s Valentin — almost three decades later. 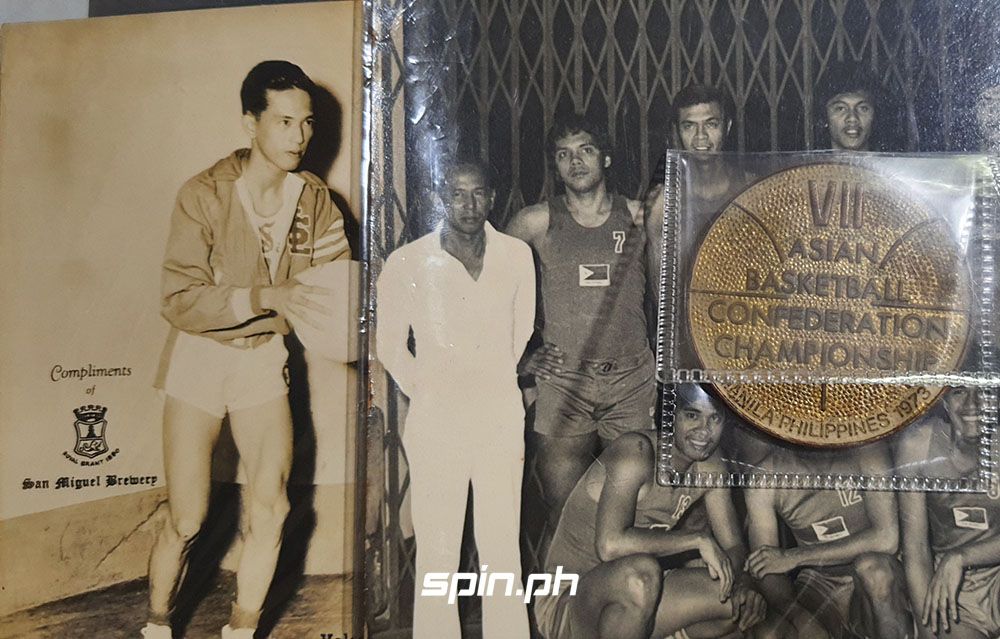 He shows us something else: a hefty, glinting circle with the puckered texture of a basketball, the words “VII — Asian Basketball Confederation Championship, Manila, Philippines, 1973” stamped on the front. On that year, two weeks before Christmas, amid the sweltering heat of the Rizal Memorial Stadium and the deafening roars of a capacity crowd, Eduque’s boys hammered out a 90-78 win against South Korea to clinch the country’s first (and only) Fiba Asia championship.

For many, their gold medal represents the country’s best, brightest moment in the sport of basketball. Mesina doesn’t know who originally owned the gold medal, but over the course of almost 50 years, this little metal circle somehow found its way to the dining table inside his Sampaloc house.

And in a country where hoops is a religion, the three items in front of us — the ABC championship gold medal, the photo of the championship team, and a college-age basketball card of their coach — are holy relics.

“Iba talaga ‘pag kita mo yung object, yung mahahawakan mo yung item, at mafi-feel mo yung history behind the item,” reflected Mesina. “Especially if the items are set up in such a way na makikita mo yung interrelation niya with one another. You really get to have a better feel of history.”

From magazine collector to memorabilia picker

To keep his diverse, decade-spanning collection, Michael Rico Mesina's house in Sampaloc is packed with giant plastic containers. He and his wife rummage through them, showing off what’s inside, though he says there are more upstairs, and at the condo he also shares with his wife.

Just two years ago, he never thought that he’d even have something like this.

As a kid, growing up in the ‘90s, he was more into anime and cartoons than he was in basketball. But when his family moved for a time to Calbayog Street in Mandaluyong, just down the road from the Reyes Gym, his interest in the PBA perked up as his uncle pointed out the stars practicing inside: “O yan, si Abarrientos ‘yan. Si Lastimosa ‘yan.”

To indulge his newfound fandom, the young Mesina would save up part of his allowance to pick up one of the many weekly magazines devoted to the PBA that time: Scoreboard, Sports Life, Sports Weekly Magazine. 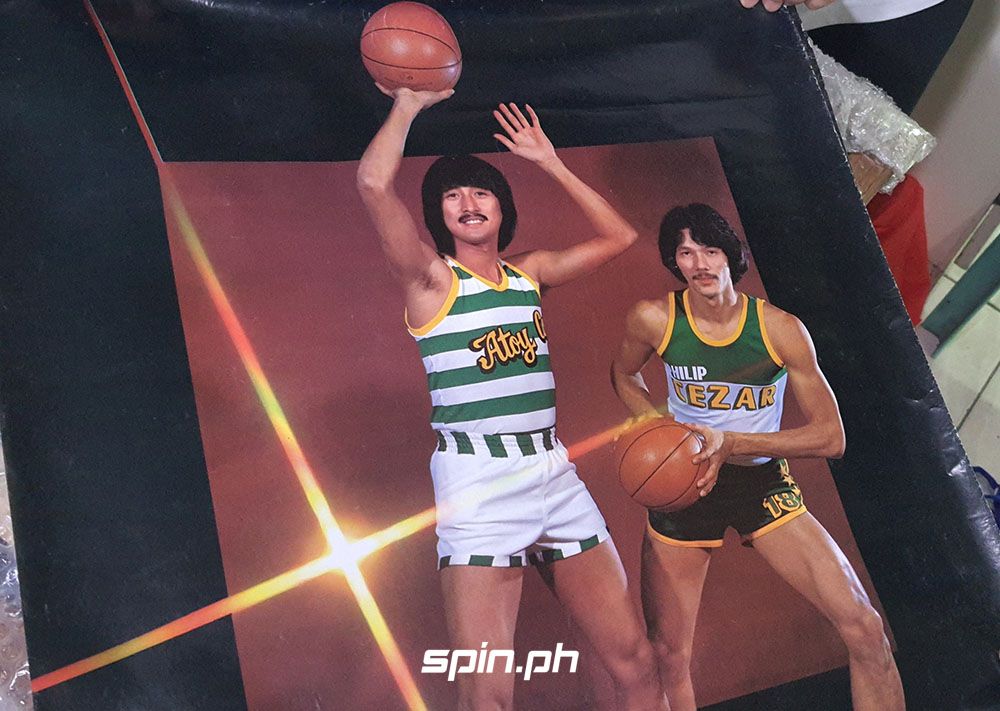 Mesina is 38 years old now, but he still remembers the tactile joys of flipping open a magazine.

Over the years, his magazine collection was lost to the void. While he still avidly followed basketball, Mesina no longer collected magazines. Then, one day, coming home from med school, he chanced upon the book Playing for the Keeps: Michael Jordan and the World He Made inside a secondhand book store.

Somehow, David Halberstam’s dramatic biography of the Bulls’ golden age turned on a switch inside him. Light came flooding back into corners he long thought he’d forgotten. There’d be no more going back now.

Before long, he’d amassed around 500 to 800 books, mostly hardcovers, all purchased from secondhand stores. (Essentials, in his opinion: Rafe Bartholomew’s Pacific Rims, Bill Simmons’ The Book of Basketball: The NBA According to the Sports Guy.) Mesina thinks he’s read about 60 to 70 percent of his library.

Of course, his collection didn’t stop with books. When the pandemic began he started combing through Carousell to rebuild the magazine collection he once had. From there, he set up a chat group on Facebook, linking up with fellow basketball historians and collectors.

Other members who were more internet-savvy than Mesina sent him a friendly suggestion via chat. “Dok, parang dapat ata gawin mo nang FB group,” Mesina recalled them telling him. He had no clue you could set up something like this on Facebook. “Pinagpawisan ako. Hala, paano yun? Ano yung FB Group?”

And this was the origin story of Basketvault. 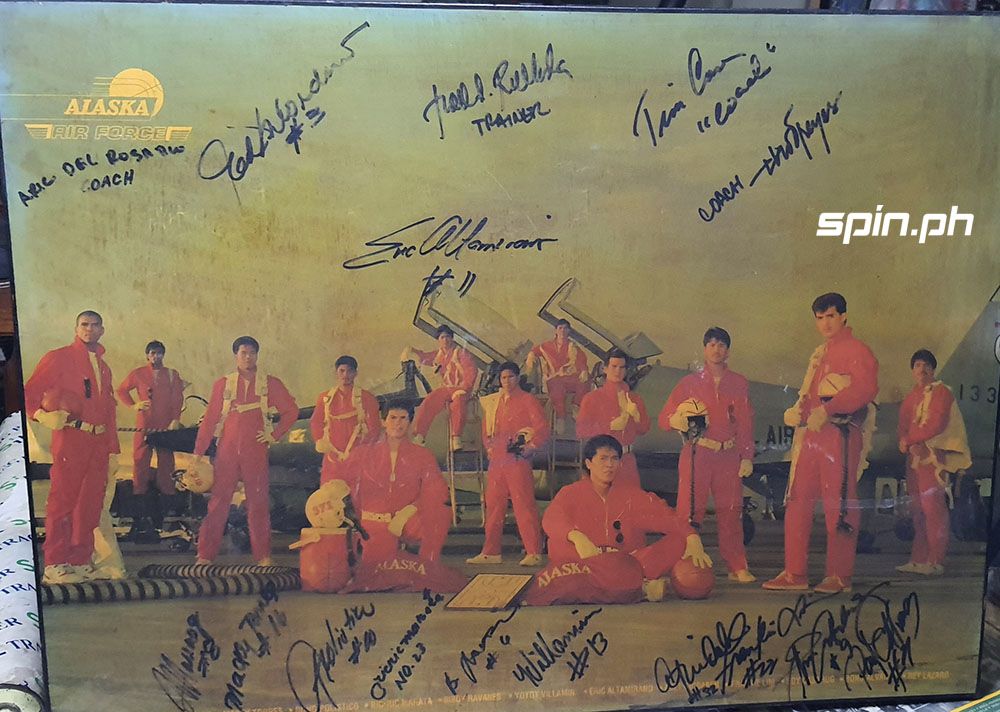 The members of Basketvault have a friendly nickname for Mesina. They call him the Splash Doctor, as a nod to his profession. Without them, Mesina would not have amassed the collection he has today.

Sir Bonsai taught him about the fine art of identifying old postcards via the paper stock and the length of the subject's shorts.

Aristotle Garcia, a longtime collector who is considered to have one of the biggest collections of PBA magazines and annuals in the country, invited Dok over to his house to teach him the fine art of not being scammed by sellers. “Nung dumating na kami doon, tas nung unti-unti na niya pinakita, parang mindblown ako,” said Mesina. “Shelves and shelves and shelves.”

While collections of NBA memorabilia are a big, complicated, global business, items from Philippine basketball’s past are still far from that level. Mesina estimates that the most he’s ever spent in a single item is probably only around P10,000. It’s a sobering thought: A “priceless” piece of Pinoy hoops history is only worth about as much as a pair of LeBron 19s.

But beyond owning a piece of a long tradition of Philippine basketball, Mesina and the other members of Basketvault see themselves as something more.

For all the talk about basketball being almost like a religion on our shores, Mesina figures that most fans’ basketball knowledge stretches back only to Robert Jaworski. Beyond that, what we know of PH hoops is rapidly dissipating into mist. The sport has cast a long shadow in our country, far beyond the outsize presence of Big J, and by scouring old houses and interviewing old players and sharing both knowledge and items, the members of Basketvault feel they are also preserving that history. 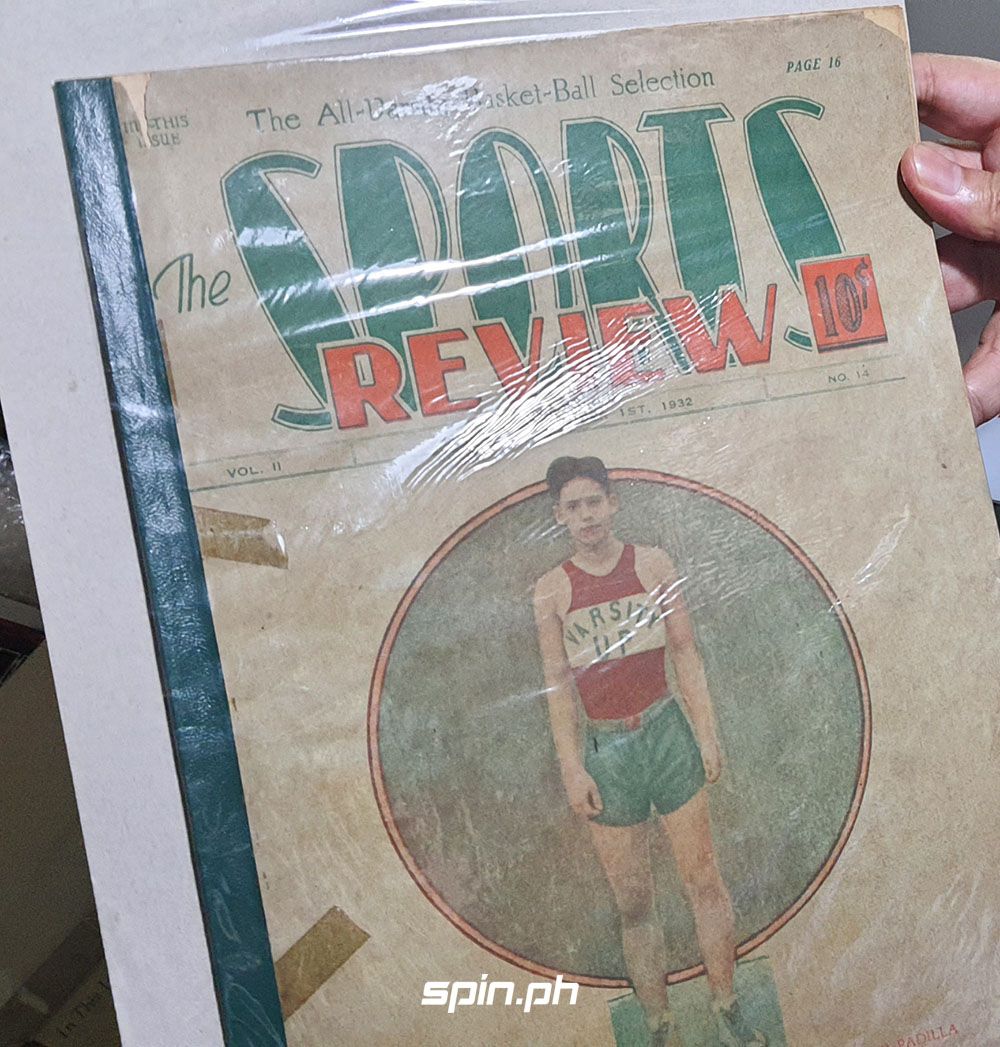 For Mesina, collecting has opened his eyes to that great tradition. Through the collection of memorabilia, he’s been able to rewind the tape from the time of Jaworski to the days of the 1954 Fiba world championships in Brazil, to the Olympic delegation sent by the Philippines to Hitler’s Olympics (led by the cerebral Ambrosio Padilla, who would later become a bar topnotcher and a senator), and then, even farther back, to the 1923 Far Eastern Olympic Games.

Not too long ago, Mesina was able to interview Ramon Avena, son of Vincent, the “kaliwete kid” who played for the national team during that time. Ramon is almost 90 years old now, but he still clearly remembered the stories of his father, who would tell him about how the athletes would take a steamship to competitions abroad, then pitch their tents beside the competition venue.

It was truly a different time back then. But in Avena’s retelling, you can clearly see the roots of our own Gilas team, now preparing to fly to Hanoi to defend their gold in the SEA Games. Avena’s tale — and many more besides — is the origin story of Philippine basketball, and Mesina and the other members of Basketvault are doing their part to help remember it, and then pass it on to this generation.