WITH HER two sons calling the shots from two opposing teams vying for a single spot in the Final Four of the UAAP Season 84, Mary Rose Racela, mother of coaches Olsen and Nash, knew exactly how to show her support.

The genteel lady, at 78 years old, had her unique way of cheering for both the Adamson Soaring Falcons and the Far Eastern University Tamaraws on Sunday at the Mall of Asia Arena, as the Men's Basketball played its final game day in the eliminations round.

Racela painted her nails blue for AdU, where the younger Racela is at, and gold for coach Olsen's FEU. 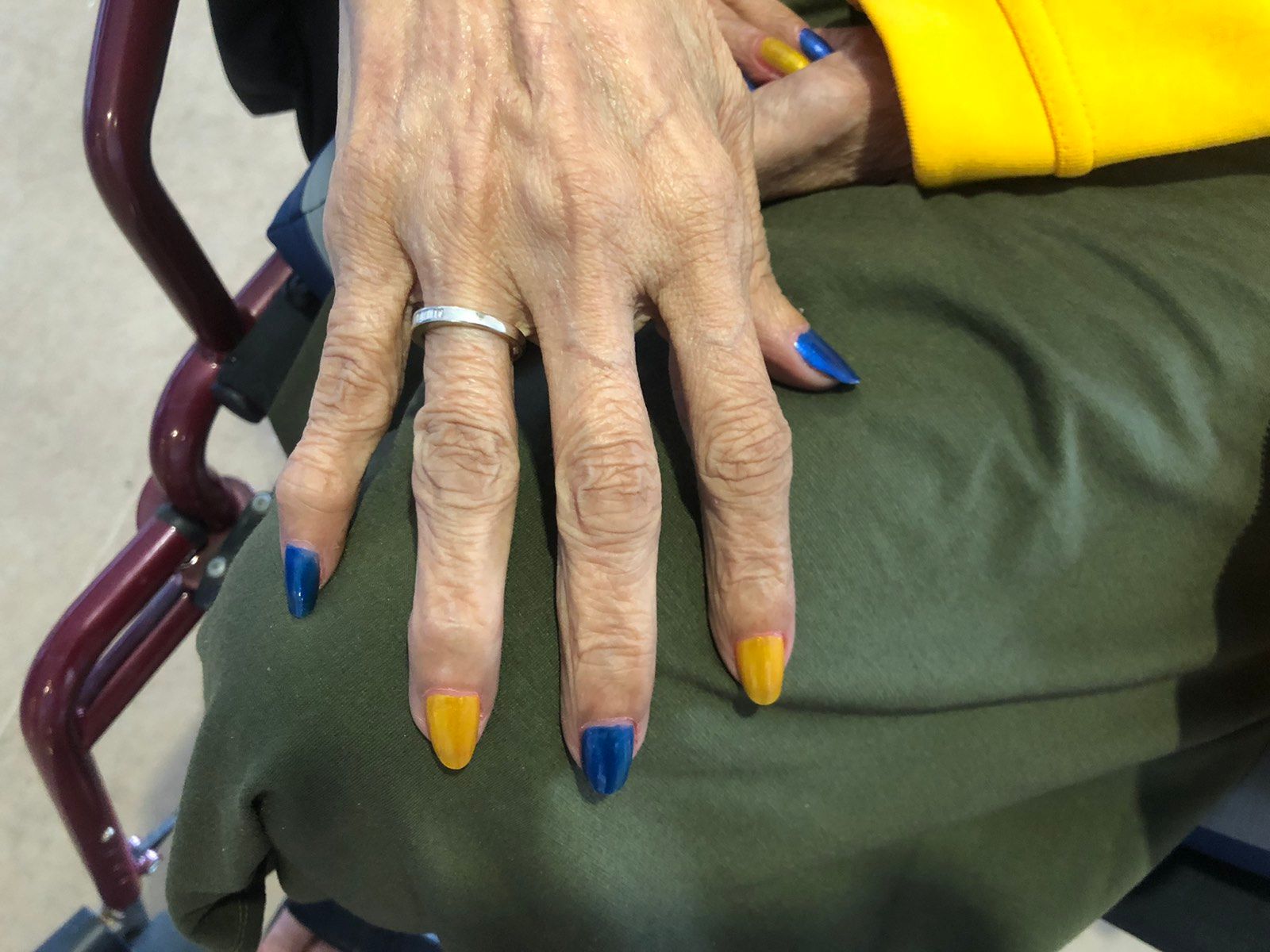 "I've always loved painting my nails, it's part of me. And today, as both of my sons are playing crucial matches for their teams, I had to have both their school colors," she told Spin.ph.

On the first game, Adamson was able to keep the dream alive after toppling the University of the East, 65-53.

It didn't waste its chance But still, they had to wait out the FEU-UST game that followed their match. If Racela's FEU loses to UST, there would a three-way knockout for the final spot in the Final Four.

Ateneo, University of the Philippines, and De La Salle University were the first three teams to book their tickets.

The Tamaraws, though, were quick to kill the Falcons' dreams after a 109-65 blowout win over the Growling Tigers.

This means that FEU gained a one-step advantage after increasing its record to 7-7.

While Mrs. Racela was overjoyed for Olsen's feat, she is also feeling deeply for Nash.

"When either one of them loses, it really hurts me. Of course I’m happy for the one who succeeded, but the one who’s sad needs me more. However, I'm sure Nash knows exactly how to handle the situation, he's always been responsible."