MANNY V. Pangilinan's involvement in basketball has been well-documented.

The businessman has been at the forefront of the sport, not just as the chairman emeritus of the Samahang Basketbol ng Pilipinas (SBP), but as well as bankrolling teams in the amateurs and professional ranks.

But MVP's generosity isn't limited to the hardcourt as there are other sports that the sports patron has constantly supported over the years, mainly through his MVP Sports Foundation (MVPSF).

And chances are the financial support he pours also leads to great success from athletes under its stable.

Here are seven other sports which MVP has supported over the years.

Since 2009, MVP has taken the lead in the boxing ring as he served as the chairman of the Association of Boxing Alliances in the Philippines (ABAP).

Teaming up with ABAP president and trusted hand Ricky Vargas, Filipino pugs have continually competed in international competitions and even saw boxers like Mark Anthony Barriga, Charly Suarez, and Rogen Ladon compete in the Olympics.

Eumir Marcial and Irish Magno have also booked their spots to the 2020 Rio Olympics.

But the most defining success of the sport under Pangilinan's stewardship was Nesthy Petecio claiming the gold medal in the women's featherweight division in the 2019 AIBA Women's World Boxing Championships in Ulan-Ude, Russia.

Hidilyn Diaz ended the country's 20-year medal drought when she captured the silver medal in the -53kg in the 2016 Rio Olympics.

With her success, the Zamboanguena hoped to propagate the knowledge of the sport in the country and Pangilinan willingly stepped in.

MVP backed her up with the staging of the Hidilyn Diaz Weightlifting Open Championships in 2017, encouraging more athletes to try the sport.

Not only that, as Diaz also enjoyed tremendous support in every competition she joined in, including her gold medal victory in the 30th Southeast Asian Games, as well as her continued training as she hopes to once again lift in the 2020 Tokyo Olympics.

Pangilinan plays the sport, and it's no surprise that badminton was one of the first sports he has supported.

He even staged the MVP Cup from 2005 to 2006 and brought the top badminton players of Asia and Europe to the country.

Current faces of the Smash Pilipinas team include Ros Pedrosa, Alvin Morada, and Peter Magnaye in the men's side, while Sarah Joy Barredo and Thea Pomar lead the women's side. 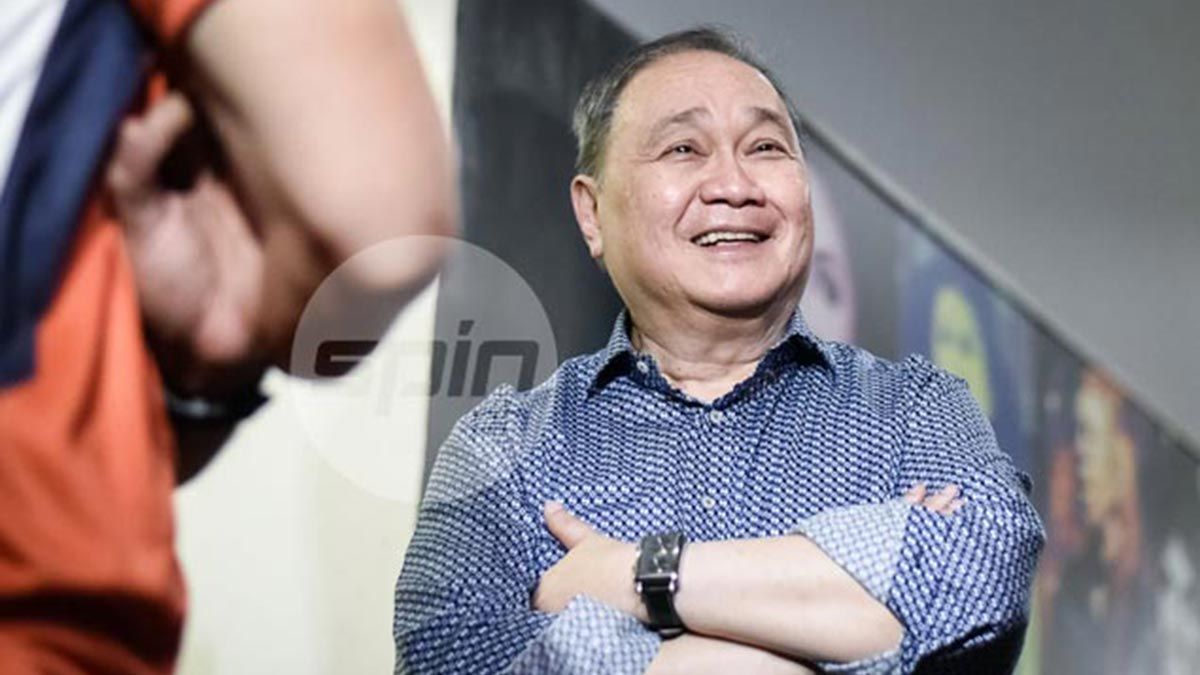 Pangilinan has also kicked it in the taekwondo scene, throwing its full support in the projects of the Philippine Taekwondo Association (PTA).

Evidence to that is the consistent staging of the SMART/MVP Sports Foundation Best of the Best Championships while also helping the national athletes in their various international competitions.

Some of those national athletes who have stood to benefit from these programs are Samuel Morrison and Pauline Lopez.

Although Pangilinan doesn't play this sport for the elites, that has not stopped him from dreaming of achieving the same success he's had in the hardcourt to the fairways.

For the better part of the past decade, the MVPSF has been a constant supporter of players in the local scene.

A living testament to that is Jobim Carlos, who has been taken as a scholar and has since honed his talents in University of San Francisco.

Other golfers have followed suit, with the National Golf Association of the Philippines (NGAP) enjoying the full support of the foundation.

MVP has been an advocate for rugby in the country, helping the Philippine Volcanoes and the Philippine Rugby Football Union (PRFU) through the MVPSF.

And the team has not disappointed, ruling the Division 1 of the Asian Rugby Championships for the past five years.

Currently, the Philippine Volcanoes are ranked 41st in the world.

Although just new, esports has been one of the newest ventures that the MVPSF has supported.

Former TV5 president Jane Basas is now the president of the Esports National Association of the Philippines (ESNAP) which has continued to showcase the Filipinos' prowess in online gaming.

And this early, the results have been astonishing.

Sibol Pilipinas flexed its muscles in the 30th SEA Games last year, winning three of the six gold medals up for grabs, while also taking home a silver and a bronze.

Just last month, the federation also teamed up with the SBP and formed E-Gilas Pilipinas, which swept Indonesia in the Southeast Asian conference of the 2020 Fiba Esports Open.