WHEN Marion Kim Mangrobang returned to the Philippines three days before Christmas last year, one of the first things she did was to go to Jollibee.

Training and competing overseas for the past three months, Mangrobang felt the need to satisfy her craving for palabok. And deservingly so as she won bronze at the recent Dakhla Sprint Triathlon African Cup in Morocco last December, propelling the 25-year old triathlete up 48 spots in the International Triathlon Union (ITU) world ranking to 153rd.

The sharp rise made her the highest ranked among all Filipino elites, a big boost in her bid to make her Olympic dream a reality in the 2020 Tokyo Games.

Before she left for Portugal on another 90-day training cycle last January 15, the pride of Santa Rosa, Laguna shared some of her experiences and her plans with SPIN.ph last week at a restaurant in Bonifacio Global City.

After the race, her coach Sergio Santos told her not to relax and that they should continue what they were doing. 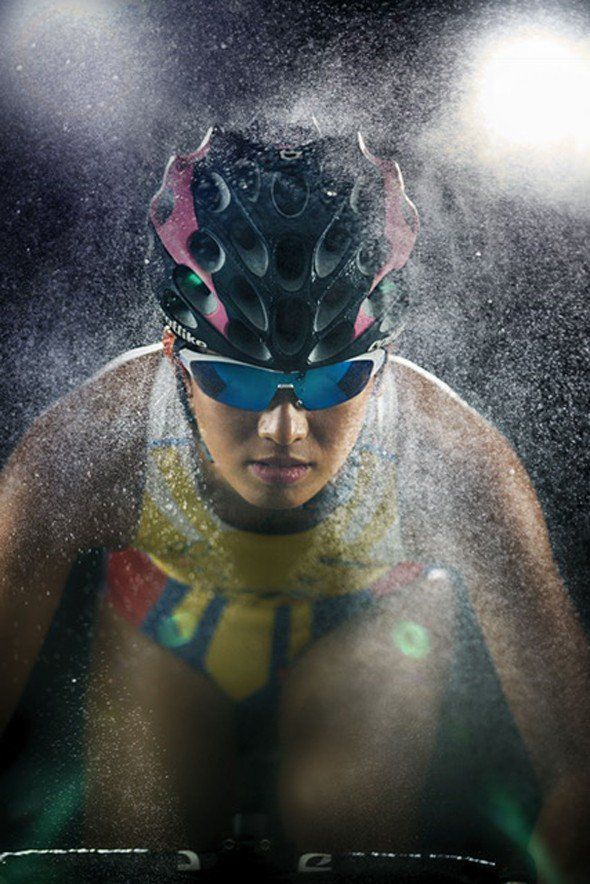 Since 2014, Kim has been training with the renowned Portuguese coach at the DESMOR High Performance Camp in Rio Maior, a sleepy town 45 minutes away from Lisbon. Also joining her there are national mainstays Claire Adorna, Edward Macalalad and Mark Anthony Hosana.

Even with Olympic qualifiers set for 2019, Kim feels that Tokyo, her dream race, is already very near.

After her second podium finish in the elite level (Kim had a gold medal performance in the 2016 Subic Bay NTT ASTC Triathlon Asian Cup) that served as a testament to her continuing improvement, Kim has gained more confidence and aims to participate in more ITU races such as the World Cup and, once Santos believes she’s ready, the World Triathlon Series.

Although there are rumors that Tokyo might be a sprint distance race, Kim’s training is set for Olympic distance — 1,500 m swim, 40km bicycle and 10km run, the same distance for major races.

Kim competes in six to eight major races per year, a good number overseas. In between, she takes part in fun runs almost every week.

For seven days a week, Kim starts out with 9 a.m. to 12 noon sessions followed by lunch and rest. Training then resumes from 4 to 6 p.m. Three weeks per block with one rest day between blocks.

Possessed of a sunny disposition and a girl-next-door persona packaged inside a waifish frame, it’s easy to underestimate the top-ranked Pinay triathlete who takes her mission and her identity very seriously. 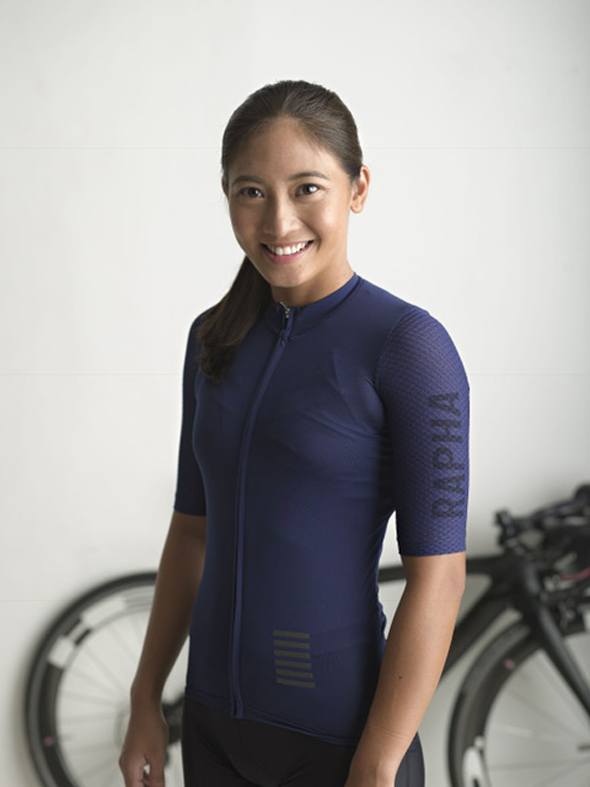 Being away from home an equivalent 10 of 12 months does take its toll. Aside from the grueling schedule, she also misses her family and friends. “Sobra. Minsan naho-home sick ako pero gusto ko yung ginagawa ko and alam ko may mararating naman ako.”

Living in a dorm by herself, Kim spends her precious free time catching up with loved ones on Facebook and Instagram. She’s also a fan of NetFlix and lists Blacklist, Black Mirror and Sense8 among her favorite series.

As a sign of home, Kim always has a stockpile of her favorite Choc Nut and would ask teammates such as Claire Adorna to bring her a batch when her supplies run low (and which she hides from her coach).

Competing since she was nine years old, Kim said she will continue to wear the country’s flag in competitions until she reaches her Olympic dream. But with one caveat.

Three years ago, Kim thought about quitting the sport due to a lack of training opportunities and the absence of international races. She thought about continuing her studies and later settling down to work “in an office.”

But 2017 finds her hale, hearty and showing steady progress. Kim said “a normal life” can wait.

She shared that her parents have always pushed her to be the fastest that she can be ever since she was nine, when they would drive her every day at dawn from Sta. Rosa to Sta. Cruz to attend swimming practice.

“They tell me school is always here and I can always study after triathlon," she said. "Pero yung lakas mo, ngayon lang iyan.”