FORMER La Salle champion setter Kaye Martinez-Daly left a budding volleyball career to follow her dream of becoming an engineer and decided to serve through public service as an incumbent councilor in Sta. Maria, Bulacan elected last 2019 and now vying as congressman in the inauguration of the city's sixth district.

Kaye Martinez on life after volleyball

Martinez only played three UAAP seasons but she proved that a walk-in aspirant can juggle the daunting challenges of a Civil Engineering student-athlete and emerge as a vital piece to La Salle’s championship run in 2008.

It was a brief volleyball career but La Salle’s starting playmaker, who was Chie Saet’s successor and Kim Fajardo’s predecessor, broke barriers in her three UAAP seasons with La Salle.

“I’m not a blue-chip recruit, I was a walk in. I was shorter compared to most of my teammates yung mga libero lang yung mas matangkad ako. Siguro yung legacy is fighting for what you want,” Martinez said. “Yung mga juniors ko sinasabing: ‘Ate you inspired us kasi we can take a harder course and still excel in volleyball.’ Yung mga merong pangarap na grumaduate na mahirap yung kurso sa La Salle. I was able to redefine that during my time. I worked hard para makuha yung first six na spot. Imagine from being Team B eventually na-line up tapos naging starter.”

Before proving that an engineering student could become a starting setter and champion, the OB Montessori product had to earn her spot and wait for the right time after La Salle coach Ramil de Jesus, who happened to be her neighbor, put Martinez in team B after her walk-in tryout.

The once walk-in aspirant earned her spot in the Lady Spikers’ roster, but she only played in the Shakey’s V-League as La Salle was serving a suspension in UAAP’s 2006-07 season due to the disqualification of the men’s basketball team in Season 69.

She finally played in the UAAP in the following year but La Salle’s matches were forfeited due to the eligibility issues of her teammate Jacqueline Alarca, ending up with a 3-11 record.

It was a tough start for Martinez’s UAAP career but she didn’t stop until she earned the starting setter role in Season 71 and delivered the plays for teammates Manilla Santos, Maureen Penetrante, Celine Hernandez and Michelle Datuin to dethrone Rachel Anne Daquis and Far Eastern University Lady Tamaraws in the 2009 Finals. 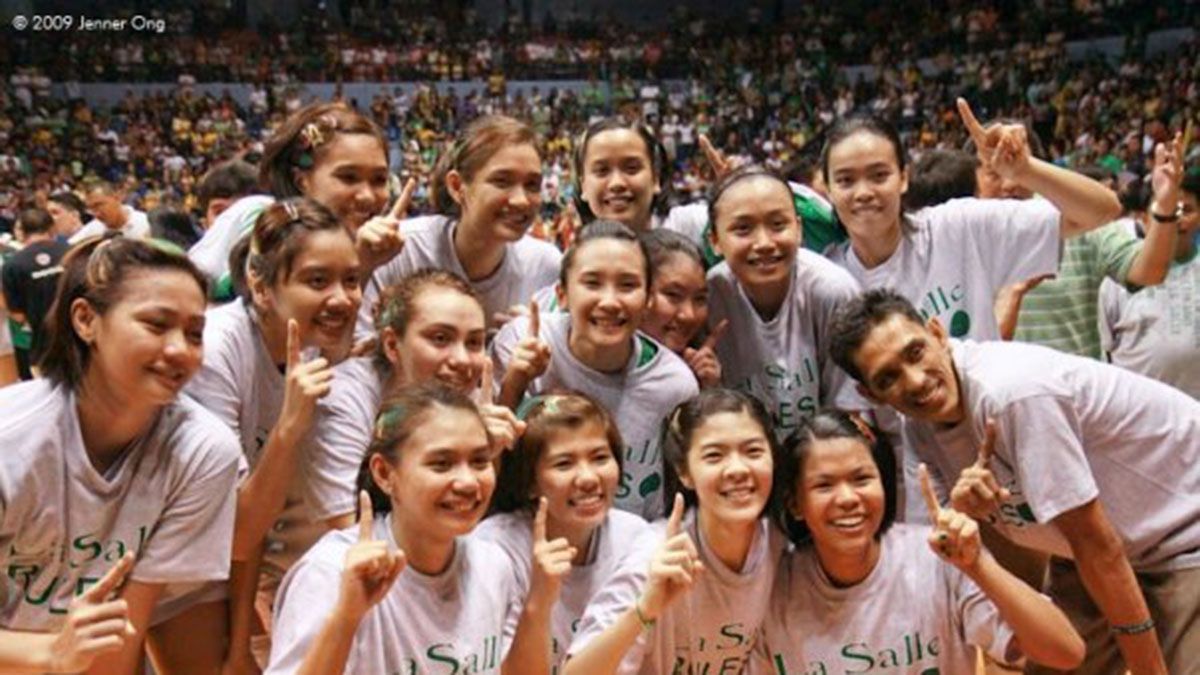 That sweet season 71 women’s volleyball title didn’t only end the school’s woes in the league, it was also a testament that an engineering student-athlete can still excel in volleyball.

The Lady Spikers’ setter played her last season in 2010, when her team settled for silver after getting swept by University of Santo Tomas in the Finals. She let go of her supposed two final playing years to focus on board examination and eventually became a Civil Engineer with Specialization in Structural Engineering.

The playmaker-turned-engineer also accomplished a Master’s degree in Sustainable Design in Philadelphia University in 2013 and has been working as engineer and Vice President for both 65 Golden Ventures Incorporated and Plerm Construction and Development Corporation.

Martinez, also a lecturer at La Salle, decided to pursue a higher calling in 2019 -- a chance to serve through public office winning as councilor in Sta. Maria and now she’s eyeing to be the first congressman of the inaugural sixth district (Angat, Norzagaray and Sta. Maria) with several platforms for food security from farmer forums and collective action, ‘pagkalinga’ for youth, senior citizens, solo parents and person with disability, health care, pandemic response, modernization, environment and sports.

Away from volleyball as an incumbent councilor and candidate for congress, Martinez is still applying all the things she learned from the sport and coach Ramil, who turned her into a strong leader.

“Volleyball has played a huge role in my life, even though after I graduated parang may bitterness ako kay coach parang naaasar ako kasi nga sobrang strict niya. Pero thinking about it now, I think yung character building ko, being driven ko, knowing how to prioritize things, working for something na gusto ko talaga kapag meron akong gusto because of coach Ramil and the De La Salle program kasi before physically and emotionally drained ako pero you're expected to come up with the plays since setter ako,” she said.

Martinez played for Cocolife in the 2017 Philippine Superliga Invitational but her hectic schedule and a lot of young talents made her realize it’s time to let go of volleyball even though she had so much fun in her brief amateur stint.

The former La Salle setter left volleyball to serve for the country and she’s happy to see that her beloved sport already has a professional avenue with the Premier Volleyball League and she believes that it is in good hands with her favorite players Chie Saet, Kim Fajardo, Des Cheng, Aduke Ogunsanya, Majoy Baron, Dawn Macandili, Maddie Madayag, Kath Arado, and Jovie Prado.