AS former La Salle captain and Alab reserve player Andrei Caracut decided to try his luck in the upcoming 2021 PBA Draft, his past colleagues also went all-out to support him.

Caracut said he's been consistent in his physical trainings. In his last season in the UAAP, he averaged 9.6 points, 4.1 assists, and 3.0 boards for DLSU. 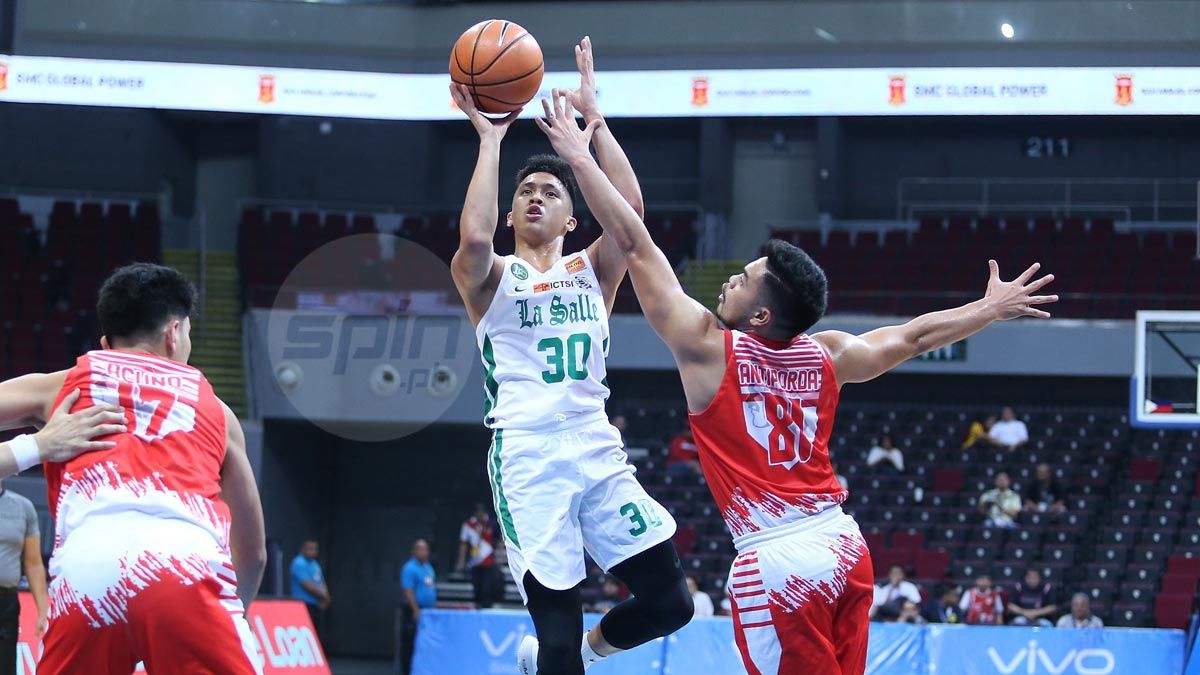 And just over the weekend, he's found himself practicing with childhood pal, Rain or Shine gunner, Javee Mocon in his hometown Lucban, Quezon.

The two are good friends and former teammates in San Beda high school, with their families very much close to each other.

Hence, Mocon can attest to the hardwork Caracut is putting in.

"Seeing it up close, talagang you'll know na dedicated siya, and will do everything he can to really showcase his talent in the PBA. Every day siya nagwo-workout, lifting wieghts to skills work, may road work pa nga yan eh. [Sa] Lucban, sobrang daming uphill diyan," the E-painters standout said.

As one of the competitive young bloods in the league today, Mocon, who recorded 27.5 statistical points last PBA All-Filipino Cup, even gave his friend some tips.

The 25-year-old, however, has high hopes for his brother. He revealed he's certain Caracut will make it through. After all, he's a witness to his hardwork, having won several championships with him in high school.

Andrei, on the other hand, looks forward to facing or teaming up with Mocon in the pros. Hence, it's one of his motivations to get better at his game.

"Masasabi ko na in that short period of time [we practiced], marami pa rin akong natutunan. I hope I'll get drafted and play against or with him sa PBA," he said.