IN HIS very first outing as a vlogger, James Yap chuckled at an amateur mistake he made.

Yap, who has parlayed a 17-year hoops career into superstar status, chose the PBA’s “semi-bubble” in Pampanga to launch his very first video blog, tracking a day in the life inside the ongoing Philippine Cup for Rain or Shine.

He provided an on-the-ground glimpse of how it works for the Elastopainters — and likely, for many of the other PBA teams.

Later on, his camera running right before practice at Colegio de Sebastian in San Fernando, he also gave a breakdown of how practices work inside the closed circuit setup. Unlike the previous Philippine Cup’s strict bubble, the teams aren’t cooped up together in one hotel. However, they are still restricted in their movements, only allowed to move from their residence to practice court to playing venue. 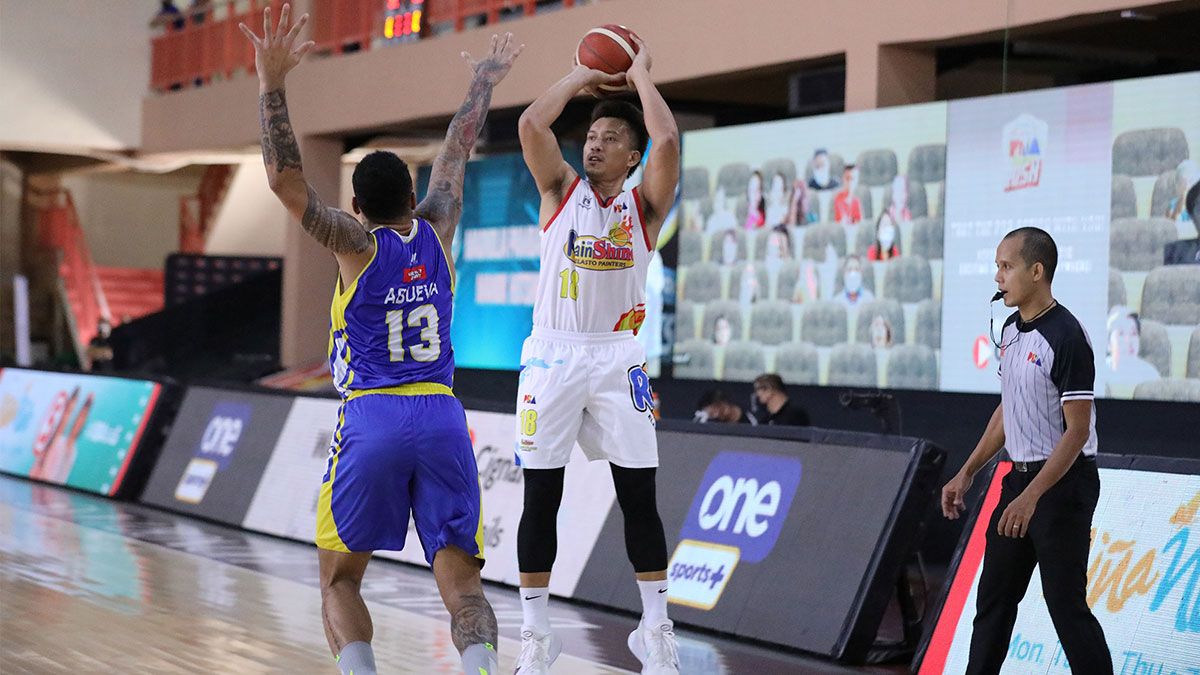 To put Yap’s explanation into context, the league has split the teams into two practice venues: Colegio de Sebastian and Beverly Place, both in San Fernando. Games are held in Don Honorio Ventura State University Gym in Bacolor.

While talking with Javee Mocon (who revealed that he has his own vlog, too), Yap also talked about how he’s recovering from the knee surgery he had to go through during the offseason.

“Kaya nagwo-work out lagi, para makabalik ng 100 percent sa laro. Six months, walang laro,” he said. Throughout the vlog, Yap also showed off the pre-warmup steps he does to maintain his recovery: from taping to stretching to sessions with the Thera Gun.

Inside the closed circuit, Yap is averaging a respectable seven points per game. In their last faceoff (where James and co. outlasted the Beermen, 95-93) Coach Chris Gavina also praised the veteran’s intangibles.

“Of course, you can’t forget James and his level of experience and veteran leadership and his ability of getting to the basket,” he said.

The Elastopainters are gearing up to face NorthPort on Sunday, September 19.