When Noel Villa first stepped inside the Misamis Oriental Provincial Jail (MOPJ) back in June 2018, he was reminded of a quote from Nelson Mandela: "Sport can create hope where once there was only despair."

It wasn't his first time working in a prison program. In 2012, Villa helped run a rugby program in Bilibid with Exposito Mejia, the then-national coach for rugby, hoping to teach the inmates there the values they'd picked up while doing the sport.

But in his first time inside the MOPJ, he admittedly felt nervous. With him was kru (teacher) Rho Fajutrao, the former vice president for Muay Thai Philippines in the Visayas. There was also Dave Harold "Bullet" Ubalde, who once fought in the URCC and was currently incarcerated inside the prison. After Villa and Fajutrao's visit, Ubalde would become the kru for the other inmates, teaching them on the inside.

"It's very challenging to start a program inside a prison," Villa shared to SPIN Life. "[But] it’s very fulfilling when you see some of these guys really listening and focusing on what you are teaching them. It’s those moments really that makes you feel you’re making a change in someone’s life, maski temporary lang."

Cold bars would not stop the two coaches from doing their part in bringing the values of sports inside the Misamis Jail. Together, Villa and Fajutrao founded the Heal, Overcome, Provide, and Encourage sports and wellness program for the inmates of that Mindanao jail. Its initials? HOPE. 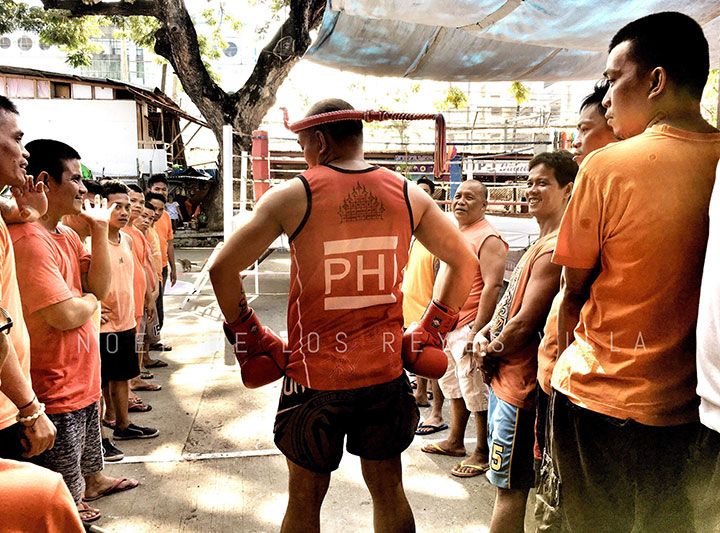 Just this year, Villa found out that Ubalde had died in prison. "From what I gathered, he died from a severe asthma attack," Villa said.

Fajutrao also had to leave the country for work. But Villa was determined to continue the program.

“Martial arts and boxing, if carefully taught, are excellent ways to end criminality, not aid it,” he said. “Like music, martial arts has its power to influence emotions, behaviors and even morals. It can even entice people to participate including those who are usually difficult to engage any form of activity.”

He also wanted to keep on going, as a tribute to Bullet Ubalde. "I wanted his mom to see na although he was in prison he was helping others by using his martial arts background... so it’s like his legacy, a positive memory of her son."

He added: "That's martial arts — having a heart."

"Tatay" Libuna, an elder inmate who acted as a sort of father figure inside the MOPJ, was surprised to hear from Villa again. With Ubalde's death, Tatay thought that there would be no more muay thai programs that would come again. "When I told him na we would like to continue he was really pleased."

Dominador G. Tagarda, the provincial warden, was also very supportive. HOPE had only conducted two programs inside the MOPJ so far — the first one last June 2018, and the second the December after that, which was when Villa last saw Bullet — but Tagarda saw that it kept the prisoners behaved.

"[The other] prisoners [who watch] can see what the program does for the participants, that positivity it [creates]," said Villa. "Parang ripples. It also promotes good camaraderie amongst them."

Stil, it wasn't easy to get a new program together. Old friends mailed him an old pair of gloves and some money so Villa could buy some hand wraps. A few locals active in muay thai (Villa is based in Cagayan de Oro) volunteered to act as referees.

On the sunny first Sunday of November, Villa went back inside the MOPJ. A group of inmates helped him set up a makeshift ring. They threw a tarpaulin roof over it, then set up chairs for the judges and referees. The inmates began to prep to fight.

Of the original group that Villa and Fajutrao trained back in June 2018, only four remained inside the jail. 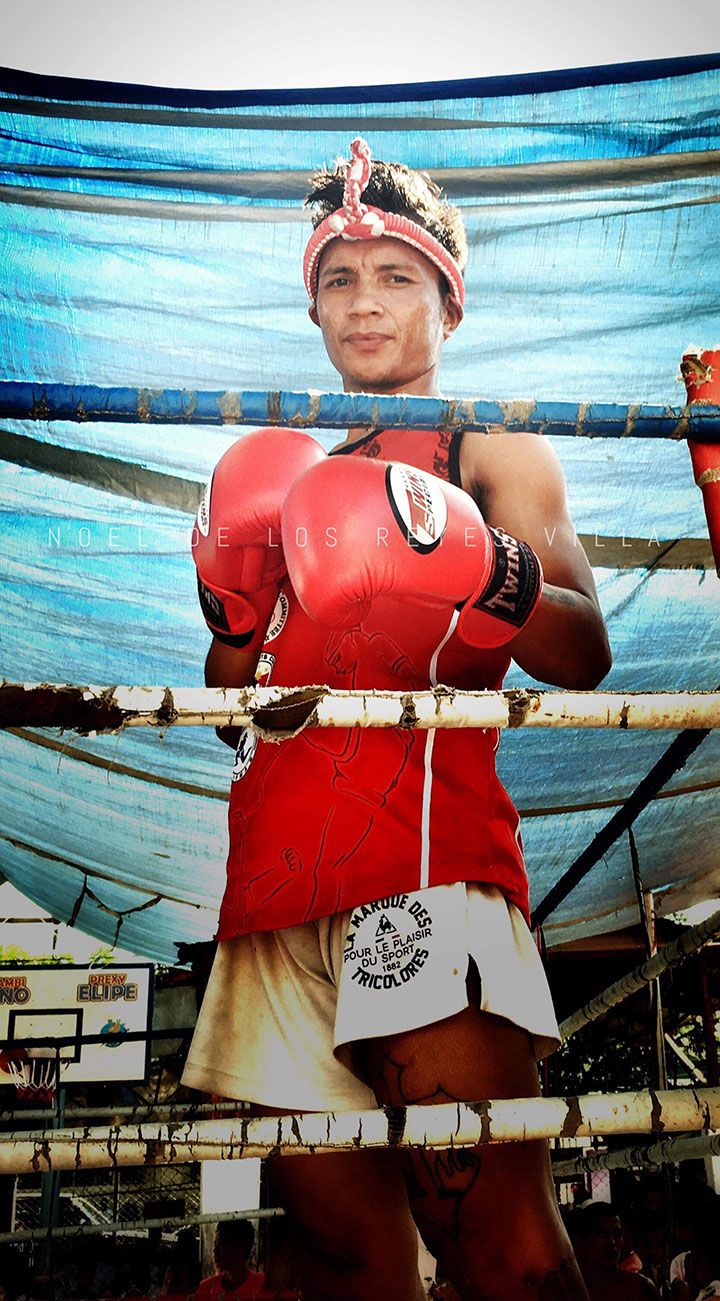 Villa remembered one in particular. He never got his name, but he called him "Wardog", which was what was tattooed on his chest. When Villa returned to the MOPJ in November, "nakita namin yung mga old boys like Wardog calling us from the other side of the fence. 'Sir, kamusta?'”

Wardog was a fierce fighter. Each inmate only fights once, but he won every time HOPE visited the MOPJ. In Villa's November 5 visit, Wardog was paired with another of HOPE's first participants.

"They had a really good fight inside the ring," Villa recalled. "Outside it they are actually friends inside the prison. Bali, the program brought them closer. Kasi sila nag-train na kasama ni Bullet noon."

All told, Villa estimates that 53 inmates have participated in HOPE.

“There is no age restriction. However, health and safety are our priorities and we always make sure that the inmates take an adequate medical screening the day before the tournament to make sure they are in good health,” he explained. Those who pass the screening are organized by "Tatay" into pairs, matching them by size and height.

For the next HOPE sessions, Villa wants to impart lessons beyond the ring. "I have asked permission from Major Maricris Mulad, who is the assistant head warden if we can have a group discussion as a form of therapy," he said.

In these group sessions, the inmates would talk about their issues, and help each other deal with loneliness, depression, anxiety, and low self-esteem.

Despite the many difficulties, and the fact that he can only organize it once or twice a year, Villa is determined to continue HOPE. It comes from his and Fajutrao's vision for the program. Through muay thai, they believe that immates will gain a more positive mindset.

He also wants HOPE to go beyond the Misamis Oriental jail, and into other prison communities as well. He's also hoping for more volunteers and sponsors.

As Villa put it: "Sometimes you have to be that person that pushes the door for other people because they themselves can’t push it on their own. This is our way of giving back to the community, by helping others be better people through sports."