WHENEVER she gets a glimpse of that glittering gold which finally quenched the country’s century-long wait for Olympic glory, Hidilyn Diaz couldn’t help but look back at all the challenges she and her team had to conquer to overcome all odds.

Blood, sweat, and tears, so they say. And it couldn’t be more appropriate than in the case of the 30-year-old history-making weightlifter.

While the entire nation celebrated with her when she finally gifted the Philippines its first ever Olympic gold medal during the Tokyo Games, Diaz admitted the journey to the top was a lonely one.

And the passage was not a mere flick of the fingers, but years of hard work and sacrifices for Team HD. 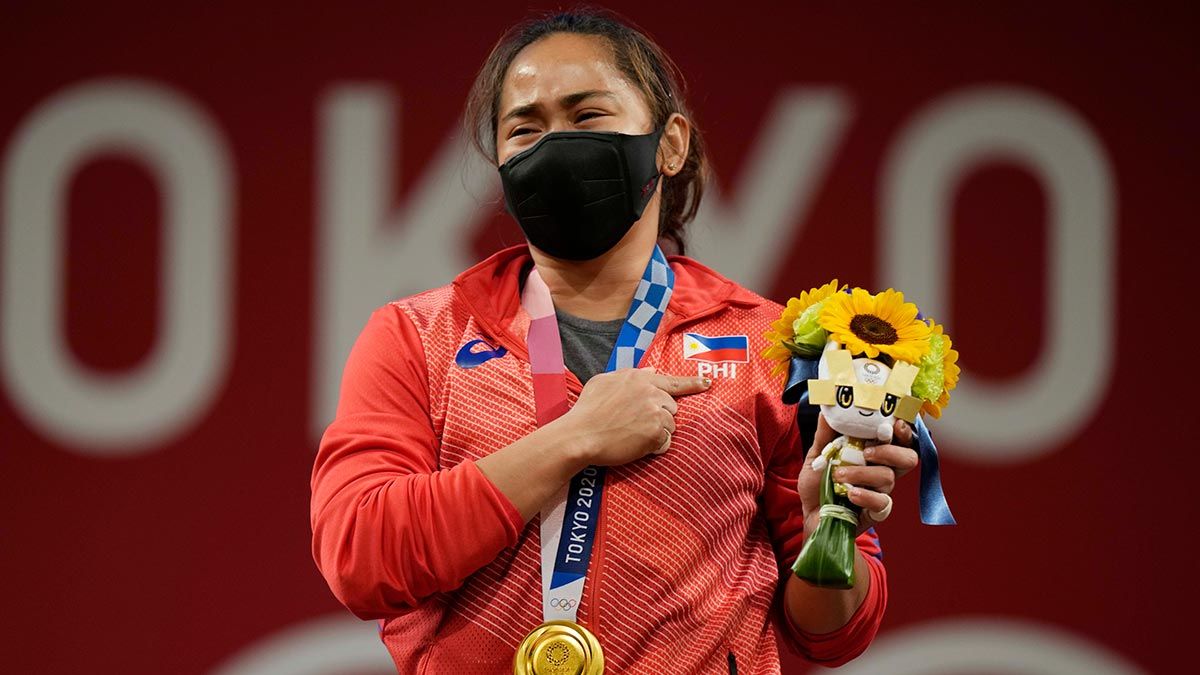 Fresh from a gold medal feat in the 2018 Asian Games in Jakarta, Indonesia, Diaz began to form Team HD by recruiting one key personnel after the other, with Tokyo Olympics in 2020 as its primary target.

The ride had its initial bump as Diaz only finished at 11th place in the 2018 International Weightlifting Federation World Championship in Ashgabat, Turkmenistan, the tournament serving as a qualifier to the Tokyo Games.

She likewise earned two gold medals in the Roma 2020 World Cup in Italy and was already prepping up for the Asian weightlifting meet to earn a berth in the Tokyo Olympics when suddenly disaster struck.

The COVID-19 pandemic raged all over the world at a time Team HD was in Kuala Lumpur training for the Asian Championships. Little did they know, Malaysia would be home to them in the next one-and-a half-year.

While in lockdown, Diaz tried to keep in shape in whatever form it takes, while trying to battle the emotional difficulty – not to mention financially – of having to be away from her family and loved ones at the most challenging times in mankind’s history.

But truth be told, what she went through all the more made the Zamboanga native even determined of achieving the ultimate goal.

Lifting an entire nation on her broad shoulders, Diaz captured the country’s breakthrough gold in the Olympics in record-breaking fashion as she bested world record holder Liao Quiyun of China in a thrilling finish to the top.

Diaz’s lift of 127 kilograms in her third and final attempt in the clean and jerk, and her total of 224 kilograms are now both Olympic records.

Diaz’s journey to the top was featured in a four-part documentary series on the Facebook page of Kick-Start Coffee Brewed Awakening entitled ‘Let’s Go HD.’

The documentary serves as Diaz’s ‘video diary’ done in a free flowing and heartfelt manner that showed glimpse of the struggles, the highs and lows of being an elite athlete on her way to winning the ultimate prize.