THE end of San Miguel practices is usually when work becomes hectic for Gani Malindog as he turns into whatever the players need him to be, which could be anywhere from a water boy to a shooting partner to a masseur.

But whenever a ball rolls toward him, Malindog can't resist the lure of picking the leather up and taking some shots from beyond the arc. One such scene saw him casually make three to five consecutive treys.

That rusty but still smooth shooting stroke serves as a reminder that the 47-year-old staff was once good enough to make it to the UAAP with National University – and in fact nearly made the SMB roster as a player.

Unknown to many, the SMB utility staff was one of two fifth-round picks of the Beermen in the 2001 PBA Rookie Draft, getting drafted with the 46th overall selection – three picks after PJ Simon's name was called.

Prior to the draft, Malindog had already been involved with SMB for two years as a practice player, getting the gig thanks to former National University teammate and eventual SMB cornerstone Danny Ildefonso. To this day, Malindog vividly remembers his first day reporting for practice. 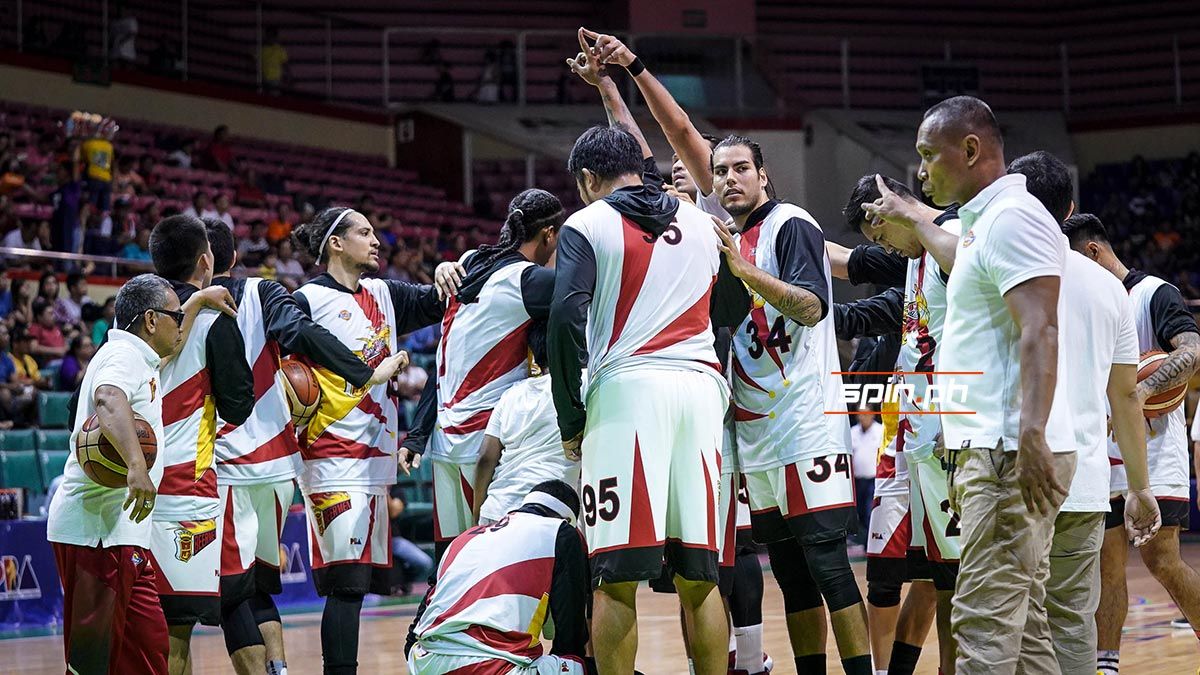 It was the down years of the Bulldogs then as they were constantly at the bottom of the standings and getting four wins in one year was already considered a winning season in an era that the University of Santo Tomas Growling Tigers dominated.

Malindog, though, had a few good memories that time, especially a game in his last playing year in 1996 – when he was named captain – against Far Eastern University that the Bulldogs won and saw him almost breach the 20-point mark to be named Best Player of the Game.

After playing out his five years of college eligibility, the 5-foot-9 guard stayed for three more years at NU to finish his industrial engineering course and get his degree.

Then the SMB call came.

After his first two years as practice player, Malindog’s stay was somehow formalized after he joined the PBA Draft and was taken by the Beermen in a class that had No. 1 pick Willie Miller, Mark Caguioa, John Arigo, and Joey Mente, among others.

Although he didn’t make the lineup, Malindog continued to be a practice player for two more years before the Beermen gave him a job as statistician and practice referee.

Malindog has been SMB’s all-around utility man ever since, celebrating his 20th anniversary with the Beermen this year.

And he has Ildefonso to thank.

Asked if he had a desire cracking the SMB roster and play in the PBA when he was practice player, Malindog said he hardly thought about it and was content to being a warm body.

After all, working for one of the top companies in the country has allowed the Bulacan native to earn enough money to buy a house and a car, while also taking care of the needs of his three daughters.