Drew McIntyre still has Roman Reigns in his sights

DREW McIntyre wouldn't deny that he still wants to get back at Roman Reigns.

After all, the reigning Universal Champion has always owned the Scottish warrior's number every time they met.

In the four singles matches they've had, Reigns has always came out on top.

From the Samoan's return at WrestleMania 35 to their champion-versus-champion match at Survivor Series last year, it was always Reigns whose had his hands raised once the bell is rung.

That's why one can't blame McIntyre from wanting another shot at the "Head of the Table."

"If it’s at WrestleMania for the Universal title, that will be a pretty significant match for myself and WWE," he said in a recent media roundtable, well aware of his and Reigns' position as two of the top superstars in WWE today.

"I can’t predict what the future holds, but I know that with what Roman and I have done in the past, which I really enjoyed, was a lot different to what happened in Survivor Series this past year. We literally had like a week to tell that story." 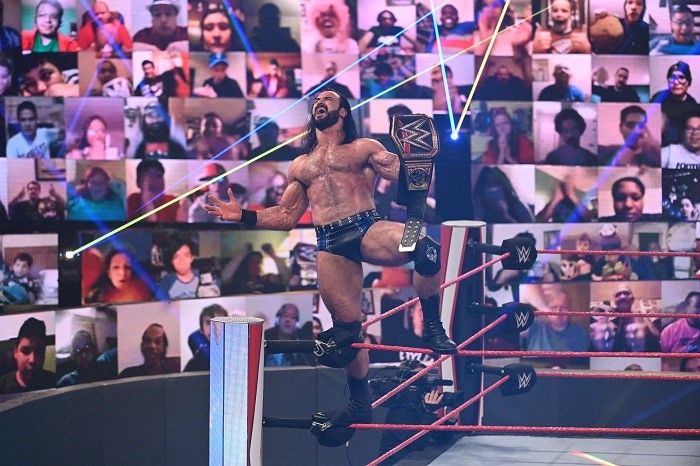 McIntyre, who was then the WWE Champion, noted that as rushed as the buildup was for his match against Reigns, the buzz was definitely there in Orlando.

"We had few interactions, but there was something different about them. There was definitely electricity there, and the fans, even those who weren't in the building, could see the response and people were like, 'Wow, something's going on here. This is special.' And we had the match," he said.

And it's that tease which McIntyre wants to recapture as he admits still having Reigns as one of his targets in his ascent to the top.

Who knows? It may come sooner rather than later, all the more with McIntyre competing for the Money in the Bank briefcase which could give him the right to challenge any champion of his choosing.

"It just so happens that I have a Money in the Bank match coming up, so if I happen to win the contract, I guess I can cash in on anybody. I'm just throwing it out there," he said with a snarky smile.