LIKE many Pinoy hoopster who dreams of making it big, Diego Dario was often the smallest man on the court.

So the 5-foot-7 Blackwater Elite guard had to work twice as hard as anyone else to make up for his lack of height.

His father ⁠— who introduced him to the game at five years old ⁠— was there from the very beginning. 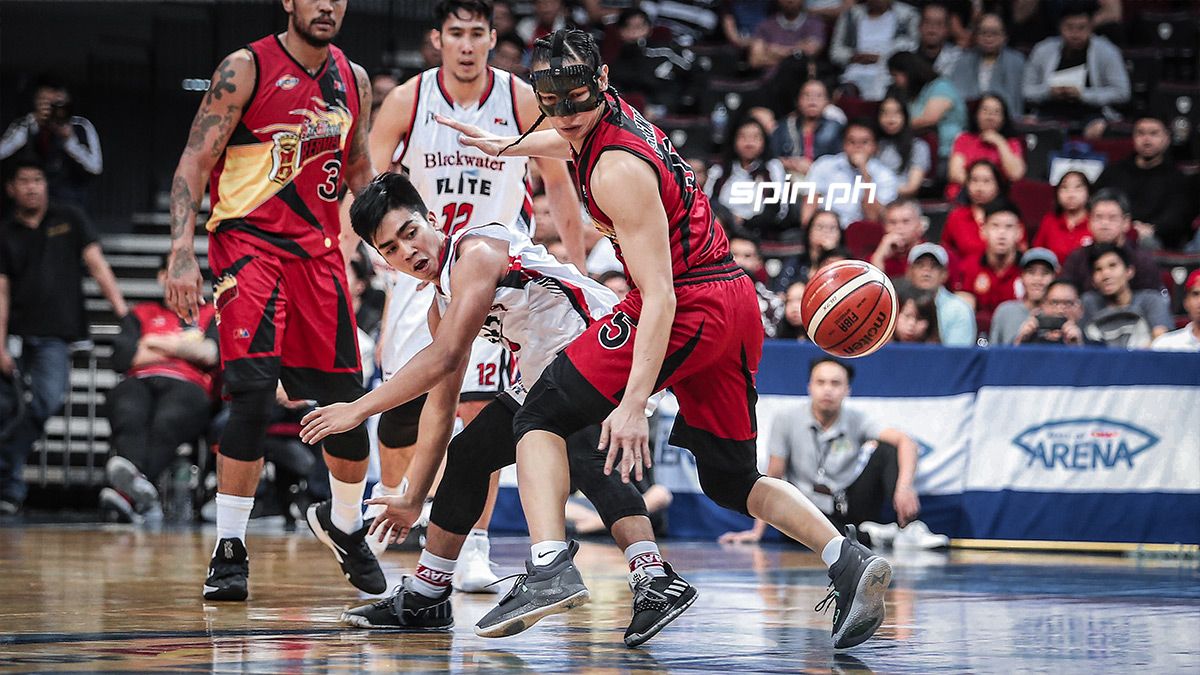 “It all started with my dad. He introduced the sport to me when I was five years old. He was my first coach ever. And from then on, I fell in love with the game. I started joining camps then tried out for my grade school varsity,” he told SPIN Life.

Dario was 5”1 at the time, and surrounded by talented and taller prospects, he struggled to earn a roster spot in every tryout he attended. In his first try at joining the UP Integrated School varsity squad, he was even rejected.

“I got cut in my first year — I was too young and too small," he recalled. "I remember crying that time. After that, I learned how to work out and sleep early para makapag-jogging before class. I would do extra work with my dad." 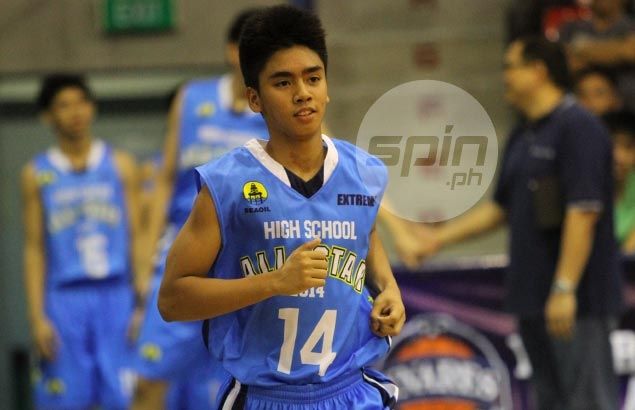 The following year, the pint-sized hopeful made it. Next thing he knew, he graduated as one of the leading scorers in the junior’s division and became part of the Under-16 Philippine team that copped silver in the 2014 Asian Championships.

His long-yearned-for dream with his dad slowly turned into reality when he received invites from a few colleges that had courted him for the senior’s division.

Diego revealed that if it weren't for his family's true Maroon-blooded roots, he would gave gone to Ateneo. 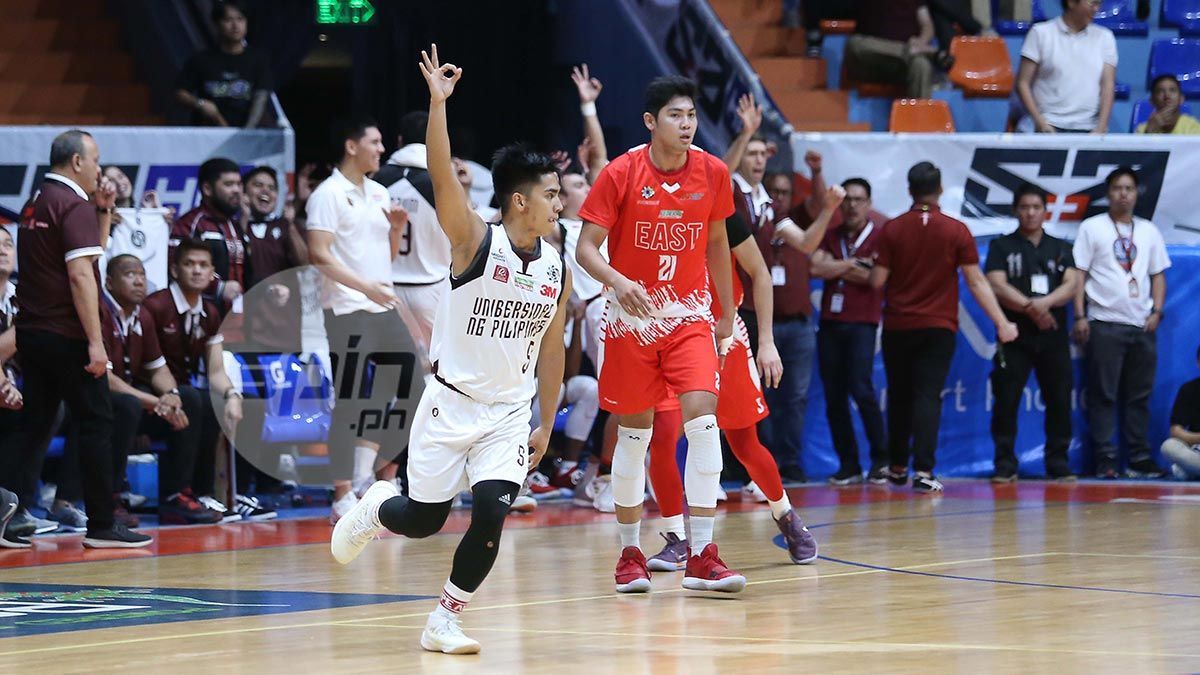 “I was already training with Ateneo, with coach Bo, but both my parents studied in UP as well as my brother. And given that I’m already a lot more comfortable with UP’s environment, I chose UP,” he said.

Despite the Fighting Maroons’ dismal standings in the collegiate basketball league, enduring many seasons in the bottom tier of UAAP, he stayed — at least for his parents, especially his dad, who had started him on his journey in the first place.

But months before he even set foot in his first college game, his father passed away, and was unable to witness how his son would eventually bring back some of his beloved alma mater's former basketball glory.

All throughout his college career, he played like his father was watching from the sidelines. 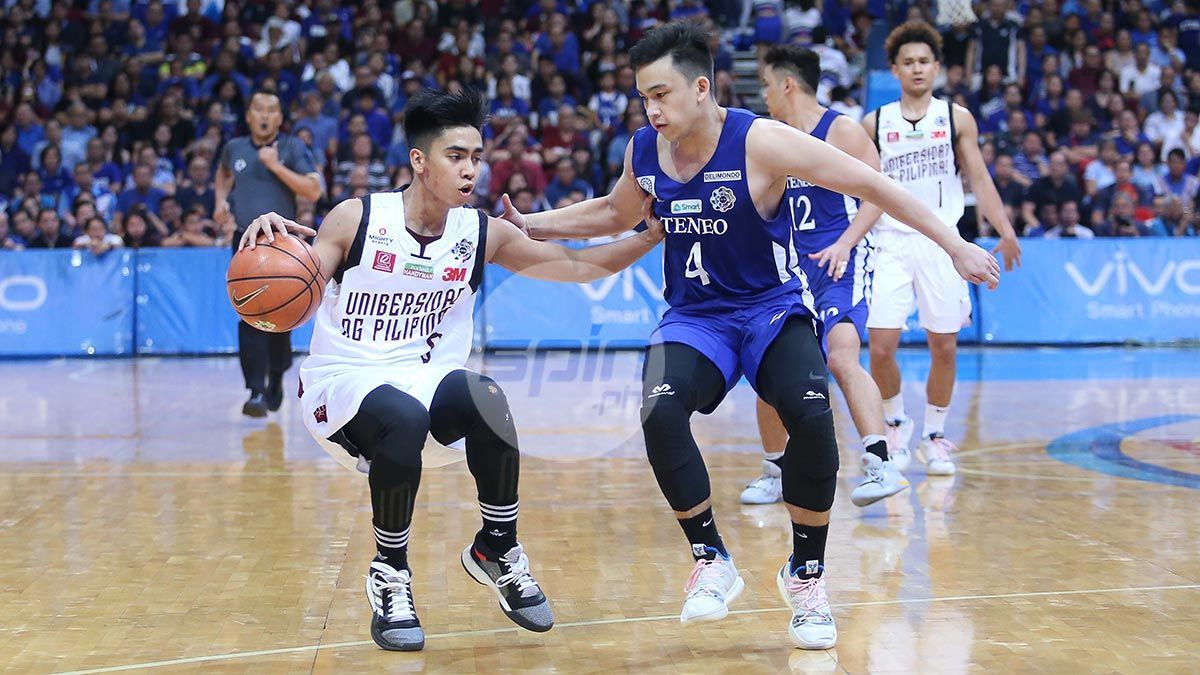 Alongside teammates Paul Desiderio, Jarrell Lim, Gelo Vito, and JJ Espanola, he gave UP a fair fight until the playoffs, at a time when no one predicted them they would even go the distance.

“I would say, whenever you are or what your situation is, you can always change it by doing great work and being a good teammate, and a good person. By sheer hard work and discipline, nothing’s impossible. The attitude is the most important,” he said.

His perseverance paid dividends during his standout run in last season's UAAP, where he hit crucial triples for the Fighting Maroons to give Ateneo a hard-fought battle in the finals (UP's first appearance after three long decades of drought).

When he graduated, Dario was picked by Blackwater in the third round of PBA Rookie Draft 2018. After his very first game last year, he dedicated a little something for his dad, thanking him for this milestone.

Even now, years after his father's death, he's still dedicating every game, and every achievement, to his father. And that's fueling his drive to get back to the court, especially when the pandemic is over.

“When we get back after this difficult time, I want to learn how to win more games and to improve my decision-making. Another thing I learned from UP is the importance of doing my role, kasi lahat kayo sa team may specific function,” he said.

“I talk to my dad when I pray, I tell him ‘It doesn’t stop here, we’re not going to stop here. I know you’ve been watching from the best seats up there, I’ll continue to make you and the whole family proud. Happy Father’s Day,” he added.