EPISODE 3 of The Last Dance featured Dennis Rodman dating back to his childhood days with his mother in Texas.

There was no mention though in the documentary, so far at least, of his father Philander, who incidentally have been living in Angeles City, Pampanga for several years already after he was enlisted in the Air Force for the Vietnam War.

The Last Dance director Jason Hehir, however, said he was able to ask Rodman about his real father, who reportedly abandoned them when he was at the age of three.

“We discussed his father a little bit, you know. Last I heard, he lives in the Philippines,” said Hehir.

Rodman finally saw his father in July 2012 when the controversial forward played an exhibition game along with several NBA legends against their counterparts in the PBA at the Mall of Asia Arena.

Wearing a cap with ‘Yes, Dennis Rodman is my son’ cap during the game, Philander was acknowledged by Rodman during a break in the action when he grabbed the microphone and pointed him in the crowd. 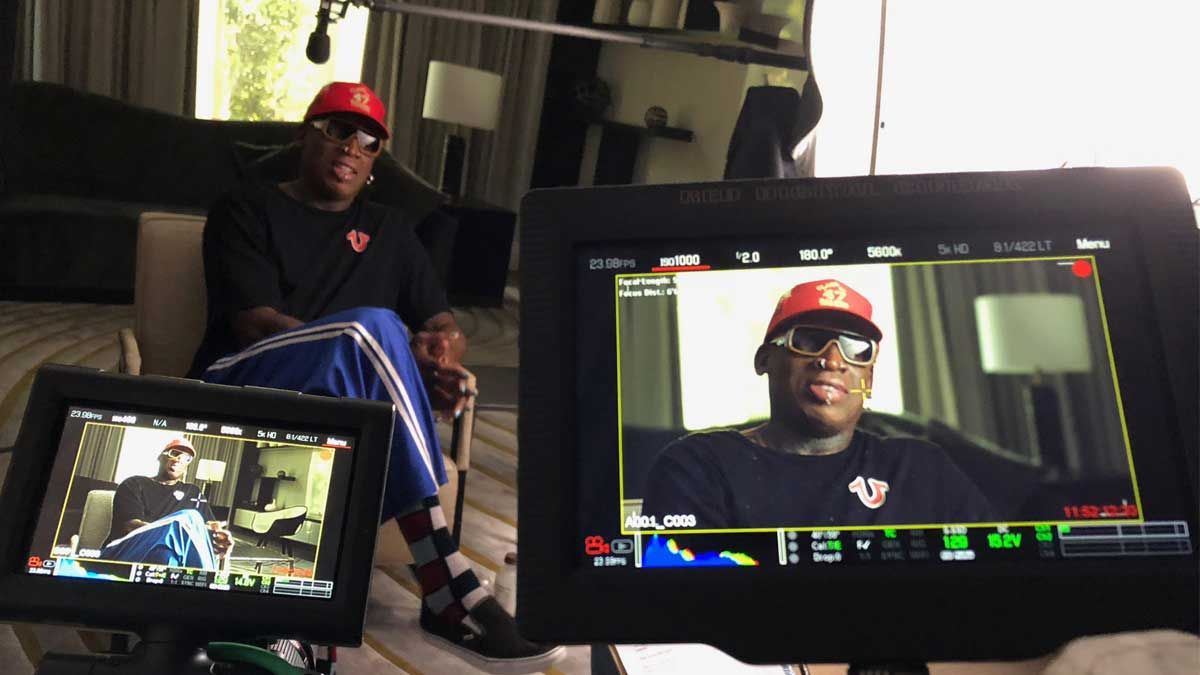 Hehir said Rodman, without his real father, has always looked for a father figure, and he got that from Pistons coach Chuck Daly and Bulls coach Phil Jackson. He also found an authority figure in Michael Jordan during his stay with the Bulls.

“I think Dennis was looking for a father figure for his entire life,” said Hehir in an interview with Filipino reporters to discuss The Last Dance. “He found one in Chuck Daly in Detroit. He found another in Jackson in Chicago.”

“Michael certainly wasn’t a father… But he was someone who can keep Dennis in line,” said Hehir.

During his interview for the documentary with one of the best rebounders in the game, Hehir said his impression of Rodman is that he is someone who wants to be loved.

“More than anything else, he wants to be appreciated," said Hehir. "He wants to be disciplined. He wants to be loved. And when you discipline someone, that means that you love them because you care about their well-being. And I think he appreciated people who actually disciplined him and kept him alive. It’s not so much father figures but it is figures of authority that has gravitated to and Chuck Daly, Phil Jackson, and Michael Jordan were three of those."