BACARRA, Ilocos Norte — Not even kilometers of separation and limits of strict bubble can put a dent on the father-daughter connection of volleyball coach Edgar Barroga and daughter Gyra of BaliPure.

Edgar may be in the confines of their home in Paranaque, but his mentoring still reaches his daughter, currently far to the north in Ilocos, with Gyra perfectly executing their past quarantine trainings to help the Water Defenders in their suprising winning run in the Premier Volleyball League Open Conference.

The La Salle standout unleashed four consecutive aces early in the fourth set to beat her dad’s former team, Cignal, on Sunday at the PCV Socio-Civic and Cultural Center.

The 22-year-old outside hitter finished with six attacks, five aces, and a block for 12 points.

When the TV crew called Gyra for the player of the game nod, she borrowed coach Rommel Abella’s whiteboard to write her greetings to her family — including a message that read, "Hi Dad!" 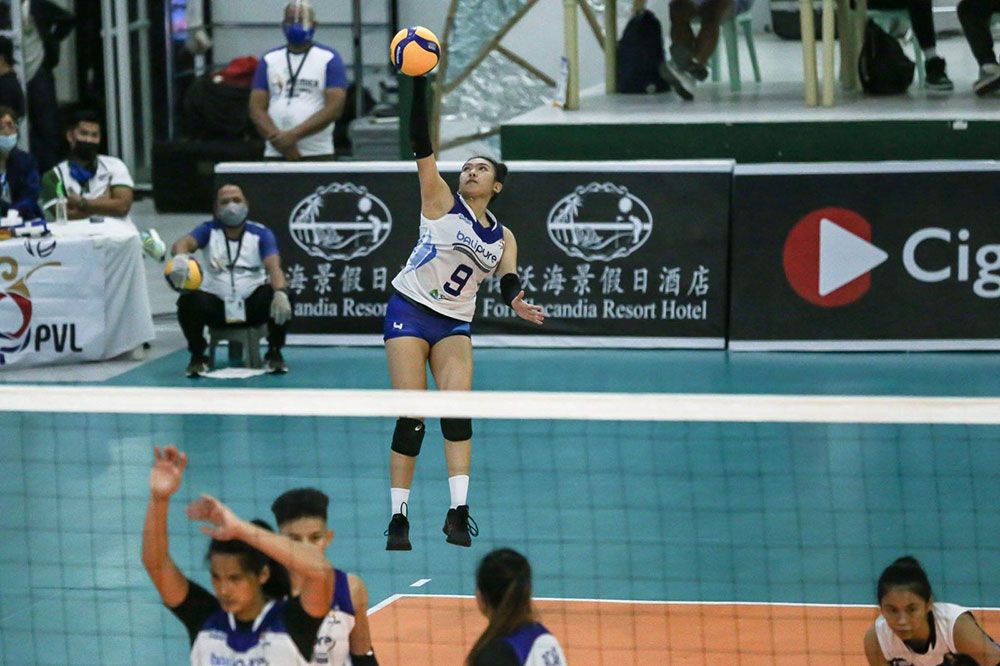 Edgar, who witnessed his daughter’s breakout game in television, said their family is very proud on how Gyra culminated her hard work from the one year volleyball layoff.

Aside from his daughter’s breakout game, Barroga was also touched with the unexpected congratulatory messages from some of his former players in Cignal, whom he led to a magical Finals run in the 2019 Philippine Superliga All Filipino Conference. (The elder Barroga was not not renewed last year.)

With Gyra playing far from home in theses trying times, Edgar admitted that they’ve been missing his daughter in family occasions. But thanks to social media, she’s virtually present.

The Barroga family is always praying together the night before BaliPure’s game days. Hours before their match, Gyra would call her dad to ask more advice that she could add to her coach’s game plan.

It would have been a perfect moment for Edgar if he had also been in Ilocos to watch Gyra play in the first professional volleyball league in the country.

But for Edgar, these trying times will make her daughter stronger for the rest of the PVL bubble.