JUST THIS year, Jaja Santiago made history as the first-ever Filipino volleyball player to win a professional title overseas. The 25-year-old import achieved the feat with the Ageo Medics in the Japan V. League.

Thousands of volleyball fans and her fellow countrymen have already applauded her for her success. But little did she know, a famous television personality has long been rooting for her.

When volleyball analyst Benggadora tagged her in an Instagram video, Santiago was overjoyed to find out that actress Matet de Leon-Estrada is actually one of her biggest fans. 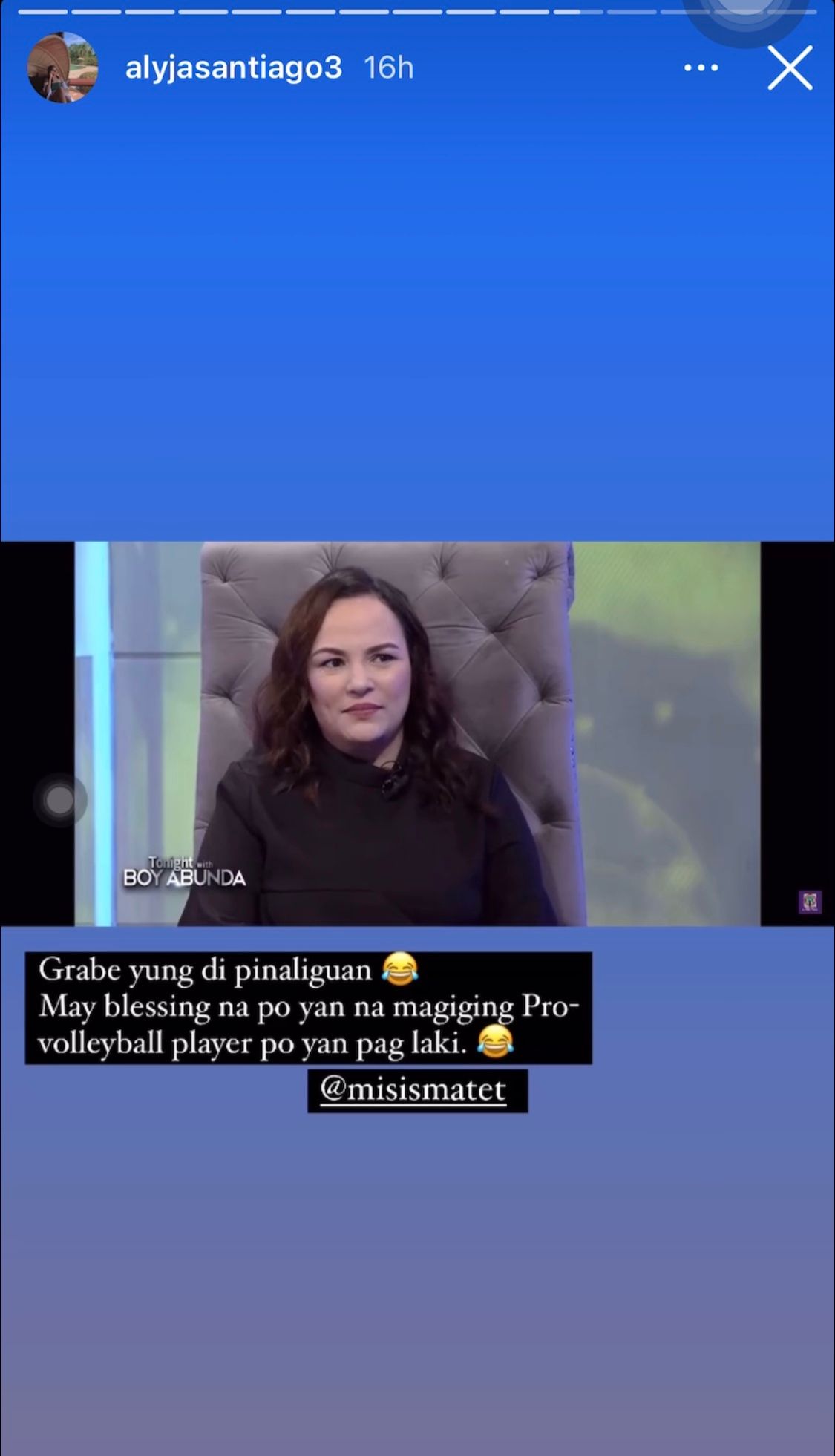 The video featured the celebrity talking about her mini encounter with the volleyball player in a nighttime reality talk show Tonight with Boy Abunda.

De Leon even shared that they would line up to get tickets to watch volleyball games. The daughter of legendary actress Nora Aunor added that she's happy to see the community thrive.

Santiago only spotted her shoutout now, almost two years after the fact. "Thank you miss @misismatet! It's an honor po to inspire everyone," Jaja said.

The 6-foot-5 hitter then uploaded the photo she had with the Matet's family in one game in FilOil Arena. She was wearing her National University kit at the time. 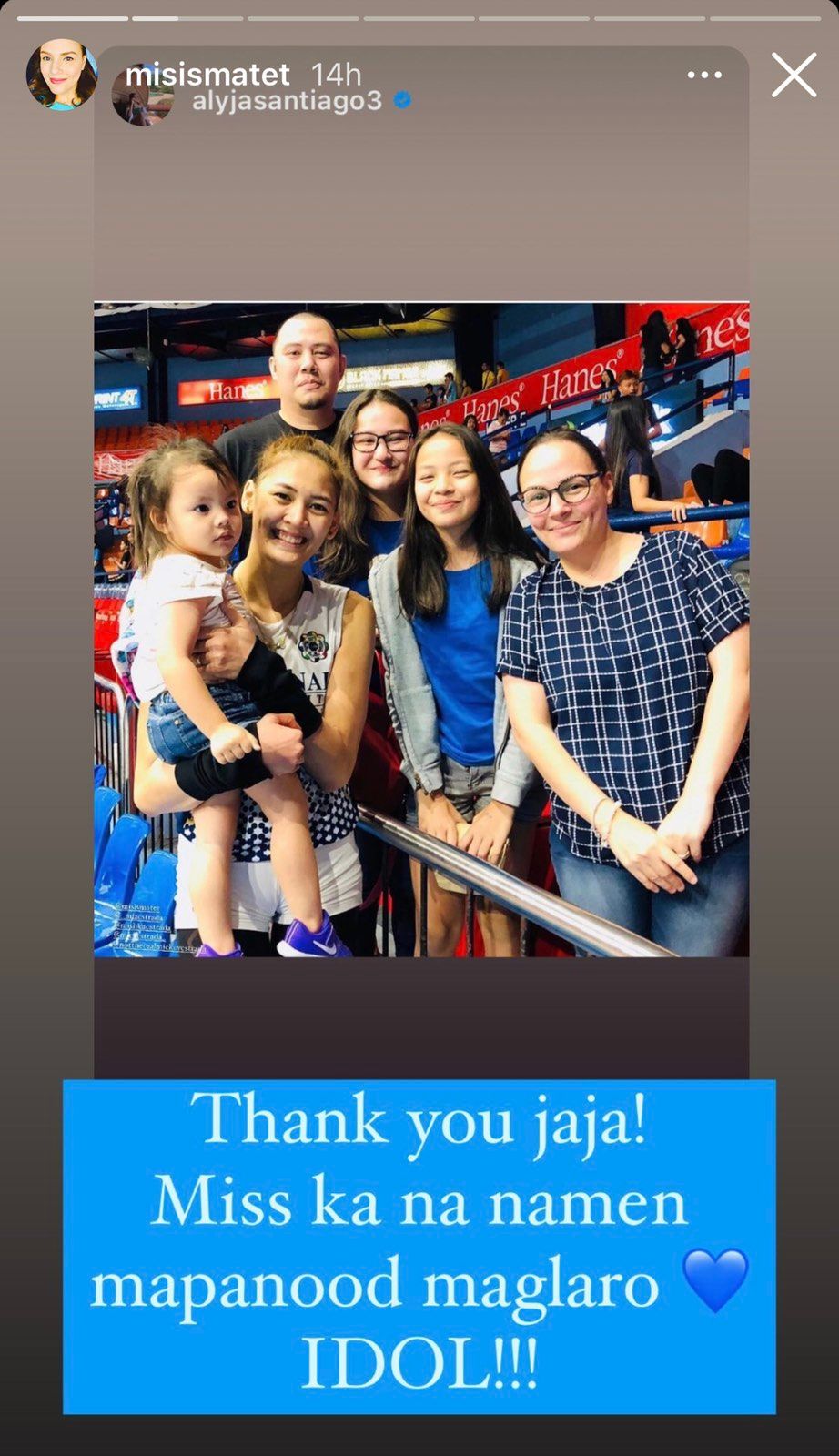 The actress replied to her photo, saying, "Thank you Jaja! Miss ka na namin mapanood maglaro, idol!" In another Instagram Story, Matet uploaded a screenshot of Jaja giving her a follow on Instagram.

"Nayanig ang bahay namin," she said with a series of laughing out loud emojis.