by Kate Reyes
4 days ago

IT'S faith above all for athlete-devotees Phoenix star Calvin Abueva and Far Eastern University volleyball coach George Pascua, who posted on social media about their attendance among the sea of Catholics in the Black Nazarene procession last Saturday in Manila.

Probably the biggest Catholic event celebrated in the Philippines, usually attracting millions, this year's 'Traslacion' was held in a new normal setup. With health protocols and guidelines in place, thousands of pilgrims came to pay homage.

Among them, apparently, were the PBA player and the seasoned college coach.

Meanwhile, Abueva reposted photos from a fan on Instagram. 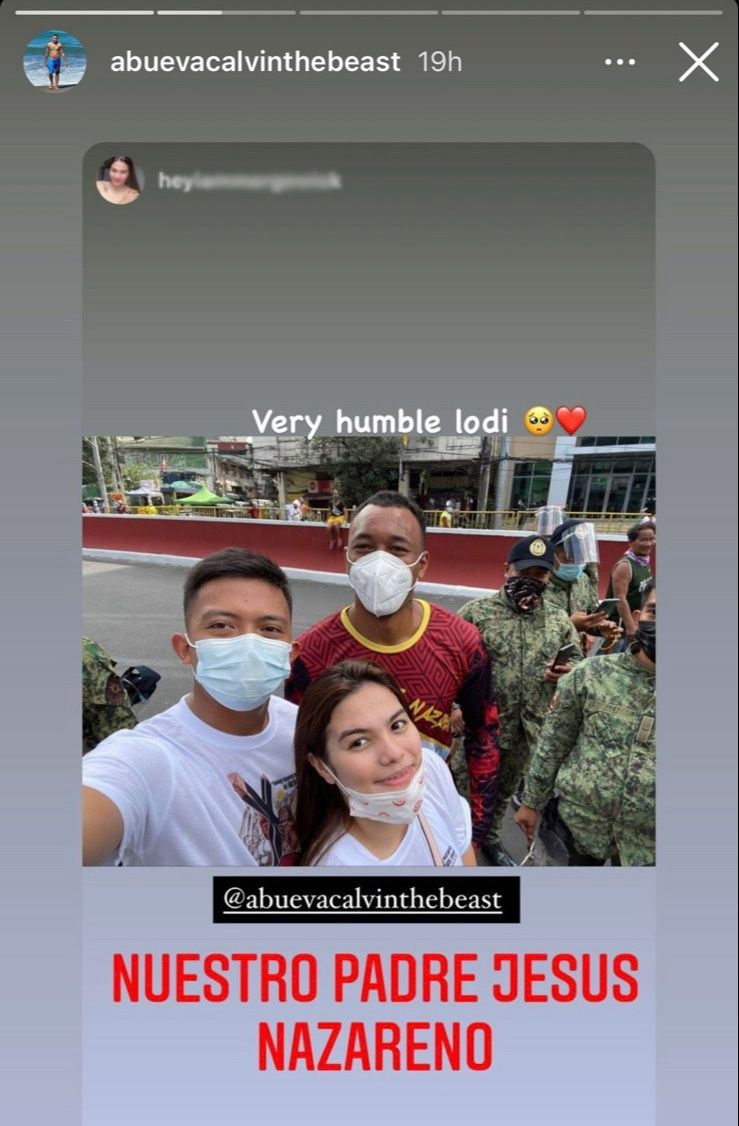 On that same day, he also posted a photo of him in San Sebastian campus, his alma mater.

The celebration held off its usual parade of the historic Black Nazarene image, which was brought into the country in 1607, and decided to keep it inside the Quiapo Church, which was restricted just 400 people.

Outside, however, was a different story.

According to Manila police chief, Brig. Gen. Leo Francisco, at least 400,000 devotees were present in the church and its immediate vicinity on noon on Saturday. (This number, however, has been disputed by Manila city mayor Isko Moreno.)

The Department of Health has advised attendees to self-monitor for symptoms and minimize interactions. It also advised LGUs "to coordinate with Quiapo Church to secure the list of attending devotees, and to actively monitor their constituents who participated in the event for early detection of possible COVID-19 cases and limit transmission."