AS he warmed up for an NCAA Season 85 elimination-round game against Jose Rizal University in 2009 when Arellano was in its first year in the league, Leonard “Bimbot” Anquilo heard a JRU fan mock him from the stands, saying he was a member of the opposition – but in a different capacity.

“Lalaro yung mascot ng Arellano,” Anquilo heard the fan on the lower box section of The Arena in San Juan.

The pint-sized Chiefs playmaker soon had the last laugh against the heckler on that fateful Wednesday afternoon. He did bring entertainment, but it was something the heckler, he's sure, didn't find funny at all.

Anquilo started for the Chiefs and wasted no time introducing himself by scoring the first basket of the game on a right-wing jumper. He dropped 17 points overall before fouling out. The Chiefs, though, lost a close 88-82 decision to the Heavy Bombers after giving the Season 84 finalists a worthy challenge.

But by then, Anquilo had won the respect of that JRU fan, who ended up asking for a photo with him after the game. 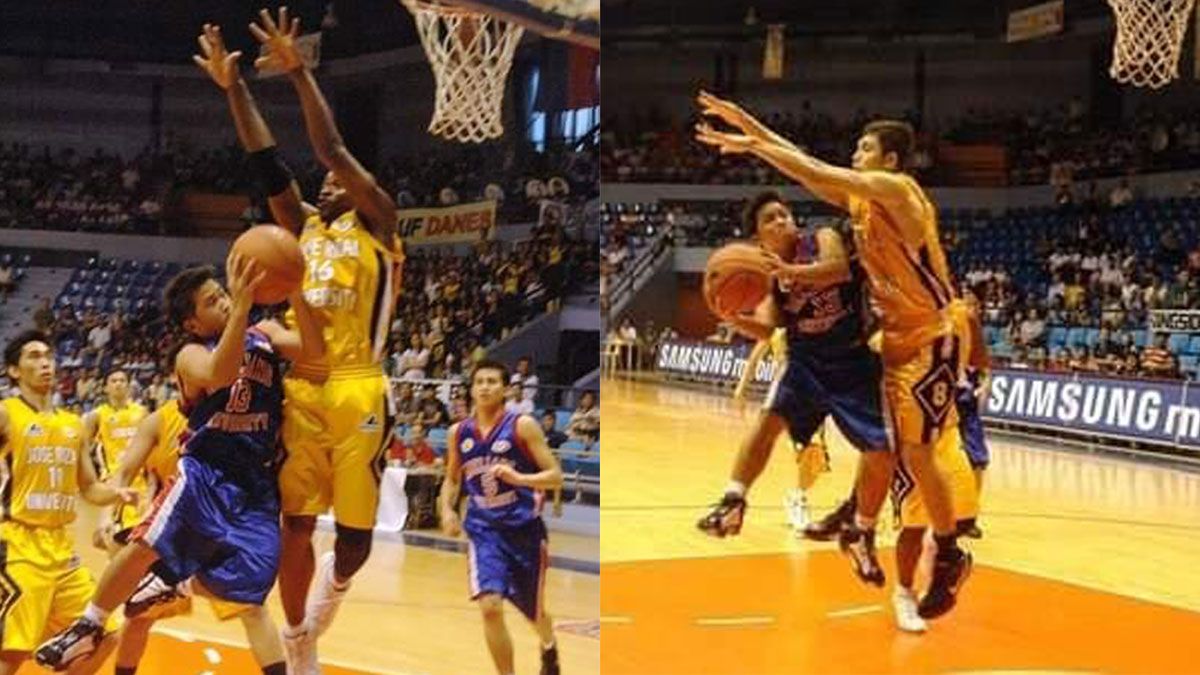 The “Little Chief” is used to the jokes and ridicule since he was deprived of the height that they say you need to at least be competitive in a big man's game.

Standing 5’1”, Anquilo is probably the shortest player to ever see action in the NCAA seniors’ division.

But he stood tall with his steady, fearless play and nimble feet that are as quick as how he can change anyone’s first impression.

Born in Catarman, Northern Samar and raised in Quezon City, Anquilo inherited the height of his mom, who stands 4’8”, and not his dad, Bobit, who is 5’9”.

Bimbot naturally wanted to be taller.

That didn’t stop Anquilo, the third of five siblings, from venturing in the sport for giants at 6 years old through the influence of his dad and older brother Bombit, who often beat Bimbot in 1-on-1 matchups.

What he lacked in height he made up for with his desire to improve and win - a quality evident early on in street games.

It was in the streets where he was first discovered by former St. Jude grade school coach Willy dela Torre while he was in Grade 6.

Realizing his son had the potential for varsity ball, Bimbot’s dad, who was then working at Arellano, told him to instead attend his school’s open tryouts for the juniors’ team.

On the day of tryouts in Legarda campus, Bimbot realized he was one of over 100 aspirants from all six Arellano branches trying out for spots on the Braves, initially leaving him with cold feet.

Anquilo gave in to his father’s request and played good enough to be among the 50 who made the first cut and returned the next day, then part of the 20-man pool, before making it to the final 15-man lineup under coach Junjie Ablan.

“He plays with a big heart,” Ablan added.

Anquilo was quick to repay his coach’s faith, standing toe-to-toe against then juniors star LA Revilla and La Salle in his baptism of fire in the Fr. Martin’s Cup Summer League.

From there on, Anquilo embraced the spotlight as he then orchestrated the Braves' run to their first-ever NCRAA juniors championship on the way to being named MVP.

As a high school senior, Anquilo was already good enough to be elevated to the men's team – allowed as per NCRAA rules - due to the Chiefs' lack of guards.

And Bimbot showed he also belongs in college ball, capping his performance with the winning layup that clinched the Chiefs’ back-to-back championships in the NCRAA men’s division. 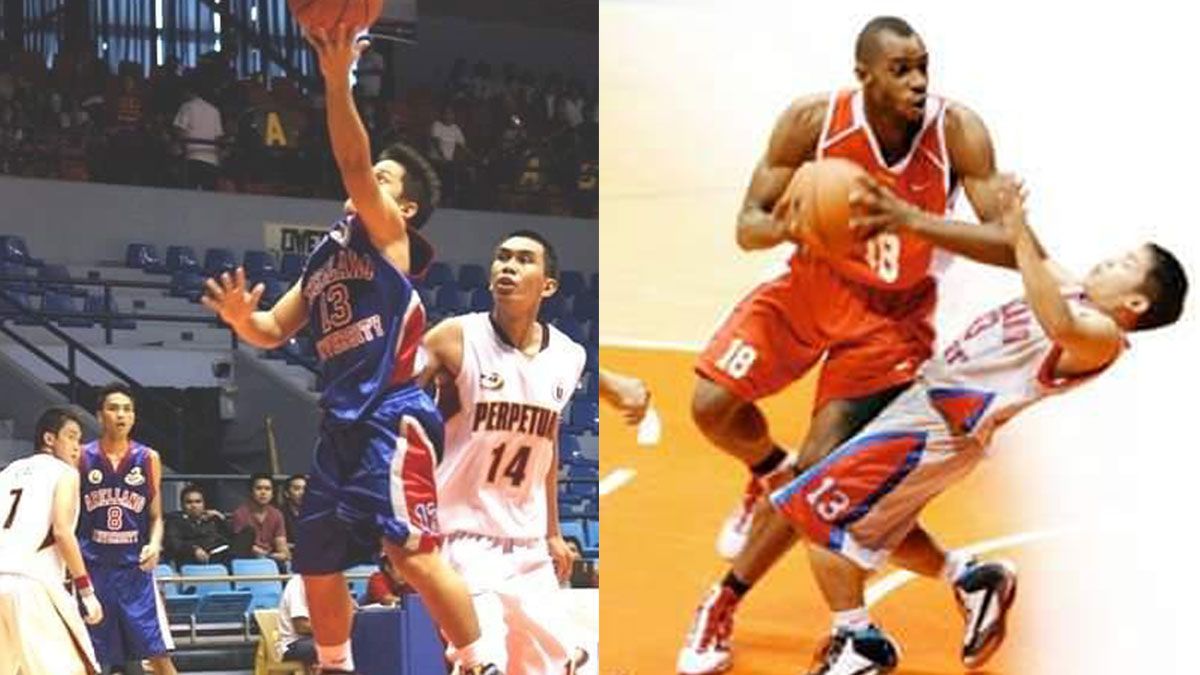 Anquilo brought the same fearlessness when Arellano joined the NCAA in 2009, starting at times and providing a spark as the Sixth Man in two years helping the Chiefs contend for a Final Four spot.

Anquilo was supposed to play a third year, but the team was left in disarray after Leo Isaac replaced Ablan as head coach. Bimbot had an offer to transfer to Lyceum, even practicing with the Pirates twice, but he would have had to repeat third-year college to play while he was already a graduating HRM student in Arellano, so he decided to forego his final playing year.

After college, Anquilo worked as a staff in a law firm that fielded a commercial team, for which he suited up along with some Arellano teammates. While playing for the company team, he also frequented commercial leagues where he ran circles around the competition, winning eight MVP awards by his count. 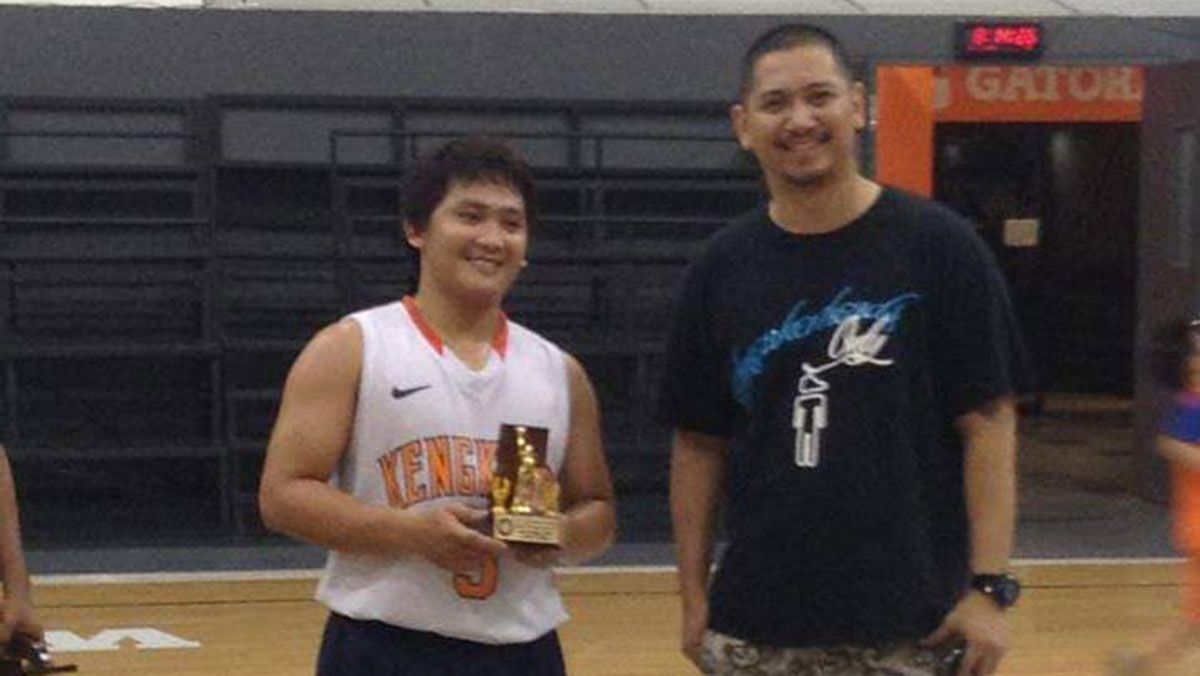 After a year in the company, Bimbot was reunited with former teammate turned coach Tylon Darjuan, who helped him get his first assistant coaching job at their alma mater in 2015 - his career coming full circle by becoming part of the Braves’ coaching staff also led by Ablan.

Anquilo’s coaching stint, though, took a quick pause after he joined the team in the first round of the NCAA juniors’ division. He took a detour to Dubai for a job opportunity at a construction company that also featured a commercial team.

Seven months later, Emirati authorities caught Anquilo without a working visa. He admitted being close to getting imprisoned, until his employer found a way to offer himself instead and take Anquilo’s place.

Darjuan and Ablan welcomed Anquilo back with open arms to the Braves staff, where he has been a part of since late 2017.

However, at the start of the COVID-19 outbreak last year, when practices came to a halt, Anquilo also stopped receiving his salary from the school, prompting him to think of other ways to feed his wife Jennifer and 2-year-old daughter Bimbim.

So last December, Anquilo used his personal motorcycle to become a freelance delivery service rider for two top online platforms, a sideline that he still does even after his Arellano salary started coming in again late last year. 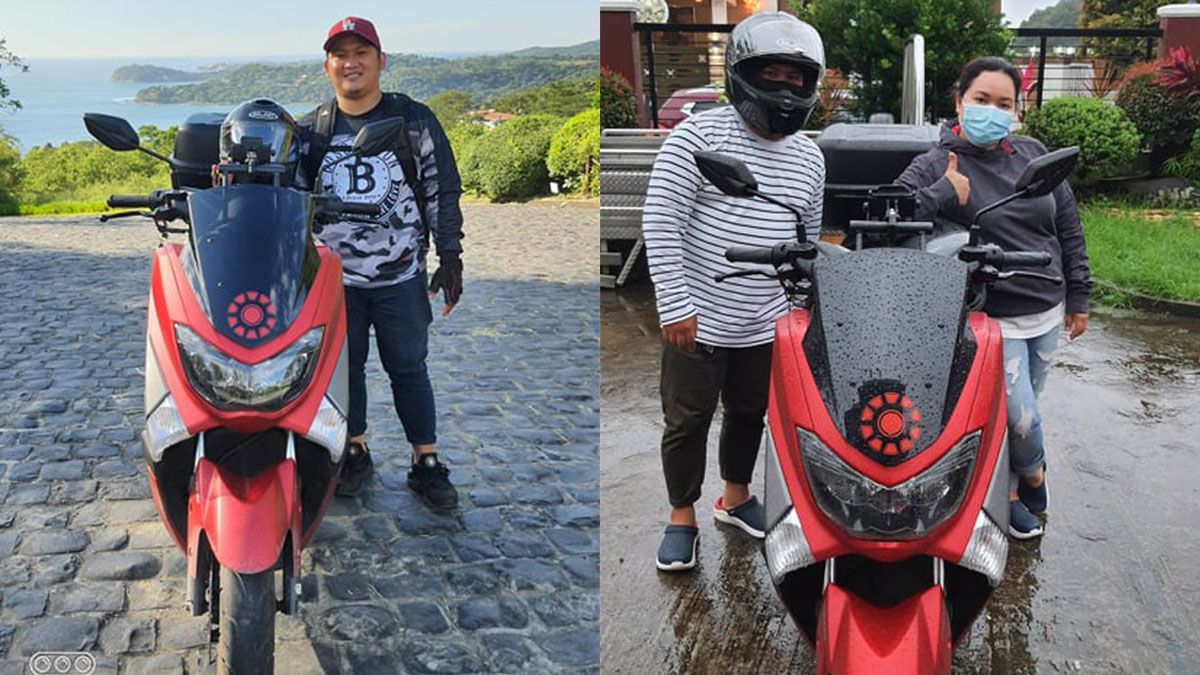 Although he’s enjoying his time coaching the juniors’ team, Anquilo regrets that he hesitated to take a shot at playing in the top-tier amateur level or the PBA. 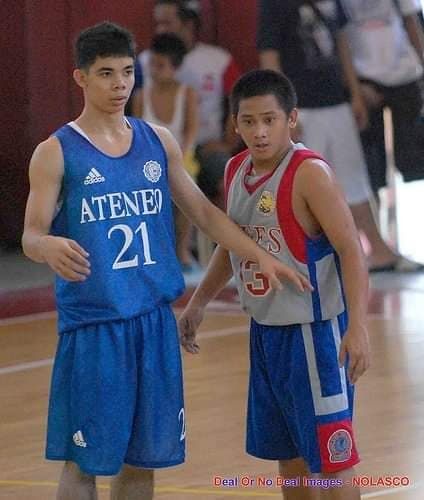 Anquilo, though, did have two chances at the amateurs, a tryout for Fern-C in the defunct PBL and later on an offer to be a practice player for the Bacoor Strikers in the MPBL.

He declined both opportunities as they ran in conflict with Braves practices, forcing him to prioritize his assistant coaching job.

Ablan believes Anquilo would’ve had a shot had he continued to take his playing career seriously.

Now 32, Anquilo is casually giving himself three more years for a chance to experience some MPBL action.

If it doesn’t pan out, he is already content sharing his knowledge with high school aspirants.

Like what he saw in him as a player, Ablan is even seeing potential in Anquilo to become a head coach someday. In fact, he’s already grooming him by assigning him to lead the juniors’ Team B.

Bimbot is also starting to believe that this might be his true calling.

So when the time comes, they, too, can turn their own hecklers into believers.