Before Dickel, here are foreign coaches who took on consultant roles

BASKETBALL fans remained perplexed as to why Bong Ravena is recognized as the head coach of TNT, where in fact it is Mark Dickel, a New Zealander-Australian coach, who is calling the shots for the KaTropa, most specifically in their current run to the finals of the PBA Commissioner’s Cup against San Miguel Beer.

To enlighten you about the logic behind the set-up, foreign coaches are not allowed to hold a “head coach” role due to Article 40 of the Labor Code which statates that foreigners will only be issued an employment permit "if there is no Filipino who is competent to hold the position at such time."

The law covers professionals such as doctors, lawyers, accountants, as well as coaches after the Basketball Coaches Association of the Philippines (BCAP) got a favorable ruling by the Court of Appeals (CA) that put jobs of coaches in the country's major leagues under the scope of Article 40.

Despite the ruling, foreign coaches continue to be hired by PBA teams as shown in the list below collated by SPIN.ph with most teams deciding either to defy the BCAP ruling or work around the law by naming them as consultants.

For this purpose, the list no longer includes the likes of Tim Cone, Norman Black, and Alex Compton, who are classified as permanent residents for several years after marrying Filipinas, as well as Ron Jacobs, who prior to his passing has also lived in the Philippines for many years.

Cone is the PBA’s most titled coach with 21 titles including two Grand Slams from his stint with Alaska, San Mig Coffee, and Barangay Ginebra, while Black won 11, including one Grand Slam, with San Miguel, Sta. Lucia, and Talk ‘N Text.

Compton, who has even played in the Philippines as an American with the Manila Metrostars in the defunct Metropolitan Basketball Association (MBA) in the late 1990s and early 2000s and as a guest player in the Philippine Basketball League, is the head coach of Alaska.

Prior to his stint with San Miguel in the 1990s, Jacobs was the former coach of the Northern Consolidated national team that had three naturalized played in Jeff Moore, Dennis Still, and Chip Engelland.

Former Gilas Pilipinas coach Tab Baldwin, who once was a consultant for TNT, is also not included in this list as the New Zealander remains in the country as head coach of the Ateneo Blue Eagles in the UAAP. 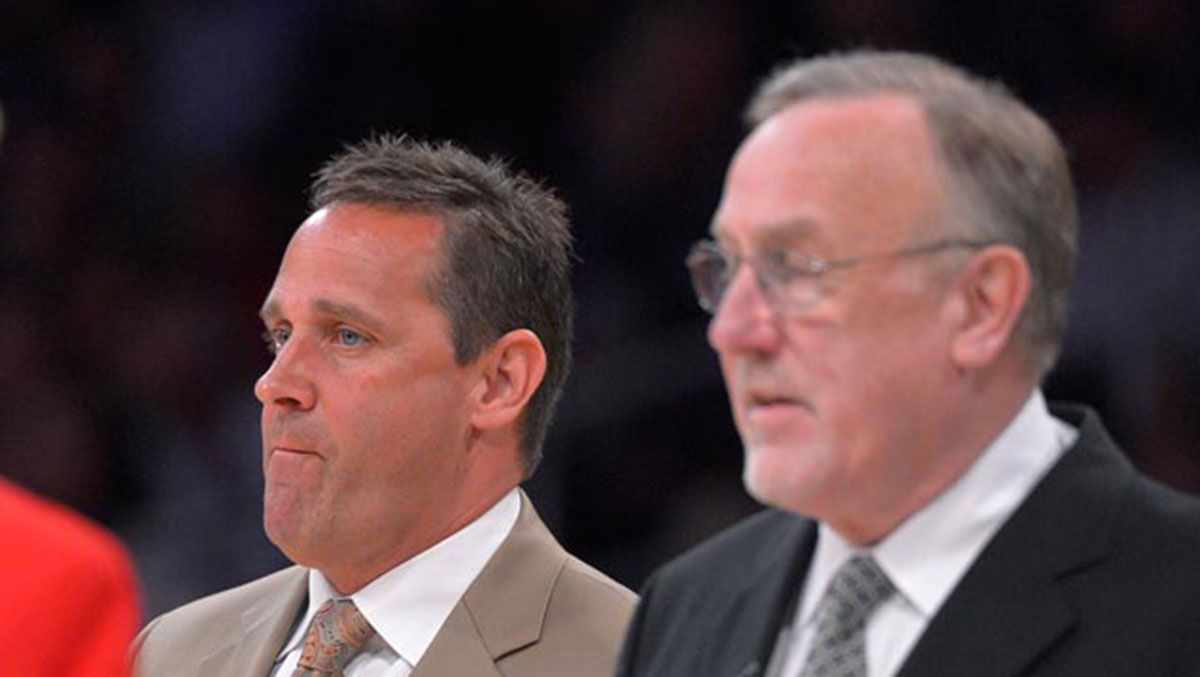 Bayno had a coaching stint with Talk ‘N Text in 2002 for only two conferences starting in the Governors’ Cup. Bayno led the Phone Pals to the finals of the Commissioner’s Cup the following conference, losing to Red Bull in seven games.

Prior to Talk ‘N Text, Bayno had a decorated coaching career in the United States most notably at University of Nevada-Las Vegas (UNLV) where he coached from 1995 to 2000.

Bayno’s stint in the PBA was not without controversy. The American coach was not afraid to speak his mind after branding the PBA as the “San Miguel Basketball Association," a statement that drew a P200,000 fine, the highest in the league at that time.

Bayno’s hiring as TNT coach was also vigorously opposed by the BCAP.

After he left the Philippines, he had a coaching stint with Loyola Marymount before becoming an assistant coach in the NBA with the Portland Trail Blazers, Minnesota Timberwolves, Toronto Raptors, and currently with the Indiana Pacers.

Woolpert handled the team beginning in the 2002 All-Filipino Cup after Bayno left. Prior to joining the Phone Pals, Woopert wasa coach in the Continental Basketball Association (CBA), winning the 2000 crown with the Yakima Sun Kings.

Woolpert’s tenure with Talk ‘N Text was very brief as he was replaced by Joel Banal midway through the All-Filipino Conference of 2003. Banal was able to turn things around for the Phone Pals before eventually winning the conference crown that year, beating Coca Cola in six games.

Woolpert later returned to the United States to coach the Sun Kings, and also accepted a post to become the assistant coach of the Los Angeles D-Fenders in the NBA D-League. Woolpert is now an assistant coach for the Perth Wildcats.

Only a few may have recalled the stint of Moran as head coach of Formula Shell in the PBA. The American coach was hired as head coach in 2004 Fiesta Conference. Not many also know his credentials except that he was one of the lieutenants of legendary coach Bobby Knight at Indiana University. Moran’s stint, however, was short and controversial as he was even criticized for benching rookie Rich Alvarez during his first game in the PBA. He was relieved of his duties shortly after the Turbo Chargers went 1-5 to start the conference. He was replaced by Leo Austria following the dismal start.

Purves was hired as an active consultant of San Miguel in 2014, after he led the Indonesia Warriors to the Asean Basketball League (ABL) Finals where they lost to, ironically, the Beermen in the 2013 season. Prior to San Miguel and Indonesia, Purves held positions as director of basketball operations for the Sacramento State Hornets, assistant coach of Cal State Northridge, and video intern and video coordinator of the Sacramento Kings in the NBA.

Purves had little success that season, his low point being a stunning SMB defeat to Air21 in the Commissioner’s Cup quarterfinals where the Beermen were the second seed. Purves was replaced in 2014 by Leo Austria, the coach he lost to in the ABL Finals. With Austria at the helm, San Miguel regained its championship pedigree and has won seven titles under his leadership. 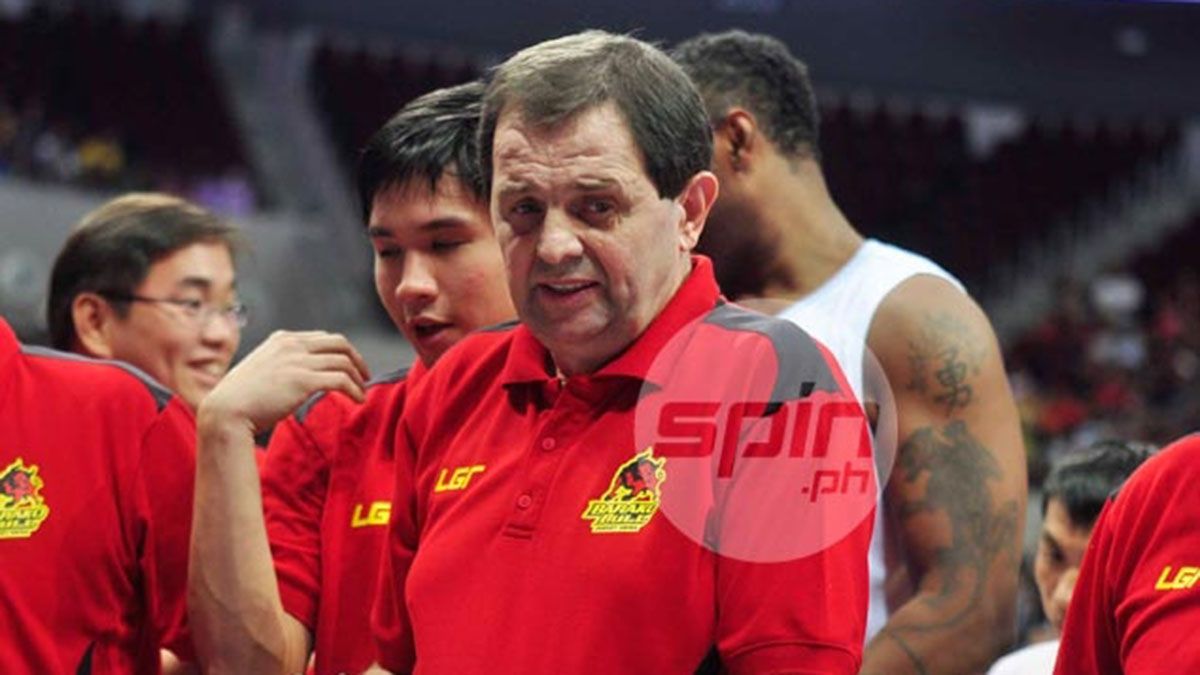 The first-ever head coach of the Smart Gilas program also had his stint in the PBA, being an active consultant of San Miguel and Barako Bull in 2013 and 2014, respectively. He was the national team head coach from 2009 to 2011 as he led an all-amateur team to international competitions including the 2011 Fiba Asia Championship where he came one victory short of making it to the Olympic Qualifying Tournament after losing to South Korea in the bronze medal match.

Toroman’s stint with Barako Bull was brief, and went on to become a head coach of the Jordan national team. The Serbian coach took on the role of assistant coach of Mighty Sports in the last Jones Cup. He recently also accepted a job to become the national coach of Indonesia.