FOR the last three years, Arnold Van Opstal caused quite a stir on the internet.

The first time, he posted a photo of himself being kissed on the cheek by another guy. Then, just recently, he announced the launching of an OnlyFans account.

It made many Filipino sports fans and netizens ask of the former DLSU star and PBA player: "Is he gay?"

Rumors and comments made the rounds on the internet — not a few of them discriminatory, as more and more people jumped into the discussion.

But if his social media posts have invited confusion, the agenda remains clear for AVO.

“The question I get asked the most is whether I am gay… probably because we love labels. What I continue to struggle with is why it matters so much,” Van Opstal told SPIN Life.

He continued: “Would that change your opinion of me? Does that make me less of a basketball player, or let alone, human?”

Being both an ally and a basketball player in a predominantly religious and traditional nation is not the easiest path. But he’s far from giving in to the societal norms.

In 2018, he had already addressed queries about his sexuality, announcing via Instagram story that he is straight.

Since then, he's dismissed gender labels. 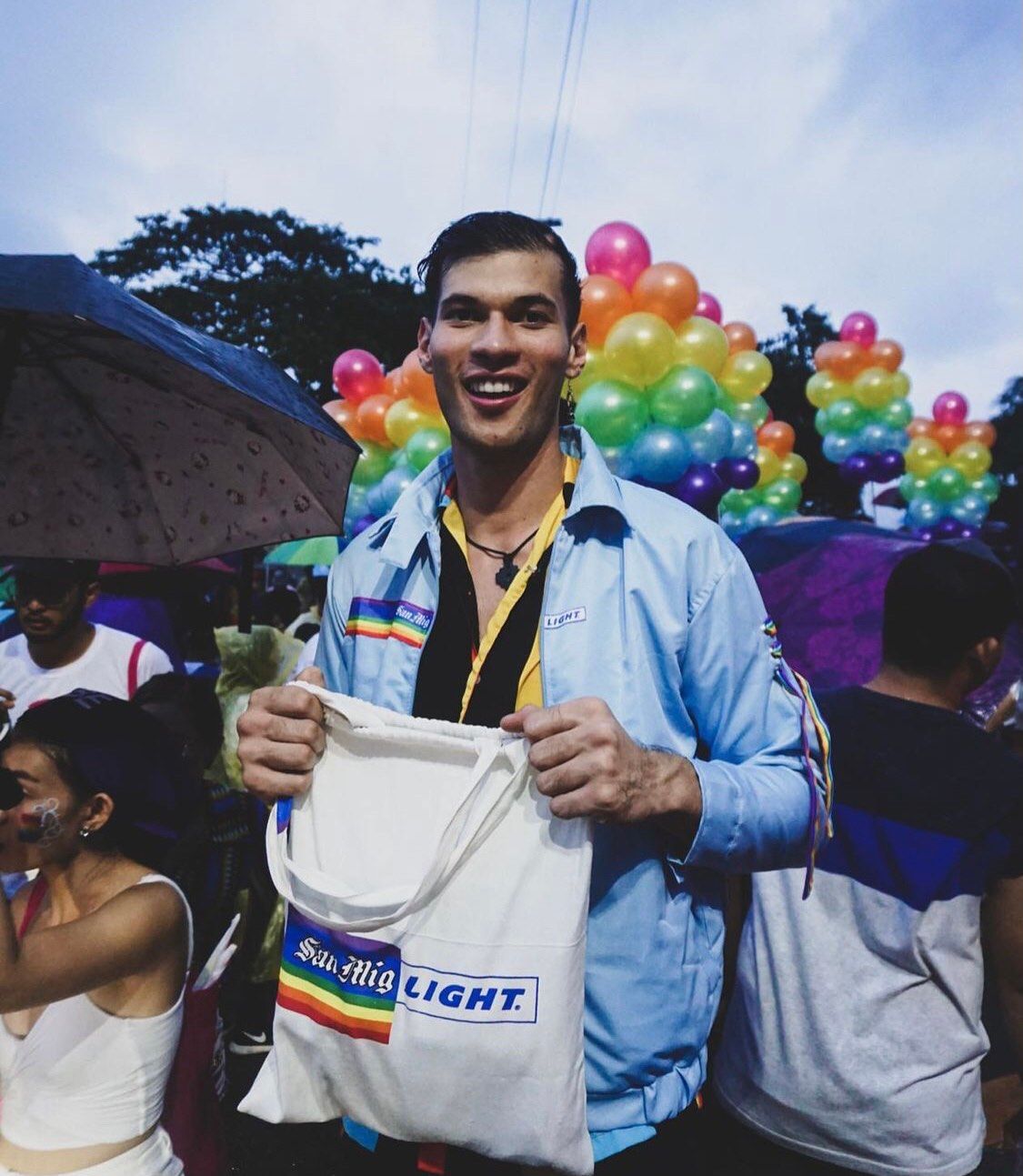 After all, there’s no doubt about what he can offer on the court. In the UAAP, he became a key player in La Salle’s title run in 2013, and was even named the most improved player that season. Before he went MIA in the PBA, he won two rings with the San Miguel Beermen in 2017, before he was traded to GlobalPort. It was there that he suffered a knee injury, and laid low until contract expired the following year.

And before we forget, he was once part of the Gilas Pilipinas pool.

All that, alongside being an active ally to the LGBTQ+.

“Basketball has been a wonderful journey for me, but the male-dominated field brings up an interesting question about the correlation between toxic masculinity and homophobia,” he said.

Homophobic slurs and remarks from diehard sports fans aren’t new to him. But even off the court, a rigid view of gender roles has made many in Filipino society quick to associate softness to being gay.

AVO is definitely not buying it.

“As an ally of the community, my purpose has been more focused on challenging stereotypical notions of ‘deep’ masculinity to then remove related traits of misogyny and homophobia,” he explained. 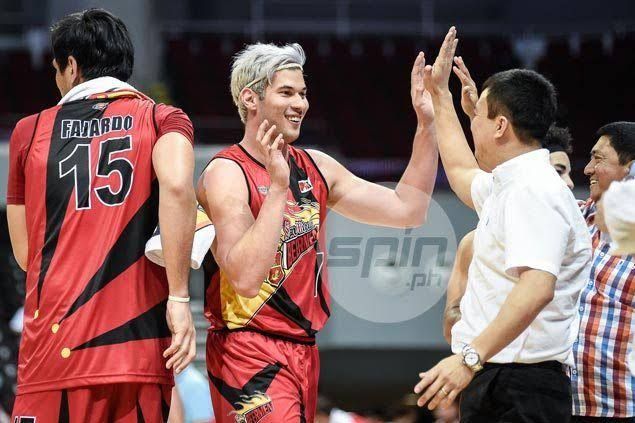 Aiming to educate, Van Opstal continued: “If we’re talking about basic rights, the Philippines still lags behind many other countries. We’re treating ‘tolerance’ as a beacon of light because the basic structures and laws to protect against discrimination are still not yet in place. Once those structures are in place, we can start a conversation about acceptance. But a society will neither be accepting nor tolerant if its laws don’t reflect that.”

AVO also revealed that his brother is gay, and he’s also got a couple of good friends who are gay. Being with them has opened his mind to oft-neglected points of view.

June has traditionally been celebrated as Pride Month, to celebrate the LGBTQ+ community and its accomplishments. But this awareness should extend all year round, said Van Opstal. Pride is more than just rainbows, and parades, it’s all about a shift in framing of the mind.

“One thing I have learned over time is that Pride is not really about celebrating equality. It’s about acknowledging and celebrating our differences. We are not the same and that’s beautiful,” he remarked.

The Fil-German continued: “Being able to gain a broader perspective and unlearning many of the ‘default’ ideas we are taught from when we were kids. That includes raising awareness and breaking toxic masculinity. I like being part of the progression and evolution of our consciousness, acceptance grows with understanding.”

Now, as he's setting off a new path of his own, far from his old life of hoops, the 29-year-old revealed he’s about to unveil more surprises to the world.

“I am currently involved in a range of passion projects which I’ll be sharing soon. Life after basketball must start at some point, and I decided to start that early, I have yet to say my part on why I left all of a sudden, but I’ll save my basketball diaries for another time,” he said.

AVO also had a pointed message. “For now, pass that SOGIE bill.”