BEFORE Allain Ganapin made history for Philippine taekwondo as the first-ever para athlete of the sport to make it to the Paralympics, he tried his luck in several other fields.

Growing up, he first tried basketball, like a typical Filipino. He was very much interested in the sport, and even tried joining competitions, trying out for teams in his hometown Marikina.

But he was also on the receiving end of mocking, unwanted comments because of his disability.

Ganapin, who's had an amputated arm from birth, never let his condition stop him from entering sports.

But the comments made him stay away from basketball. He tried his luck in athletics, but his 'hikain' nature as a kid got in the way.

In one physical education class during his freshman year in Sto. Nino National High School (a school where he was classmates with persons without disabilities), he was introduced to taekwondo — a martial art which mainly requires kicking variations.

Ganapin was no stranger to fights himself. People would often insult him because of his disabilities, and he found himself in many fights as a kid. He never folded against bullies. He always defended himself.

Deep into his P.E. classes, a taekwondo coach invited him to start joining competitions after seeing potential in his game.

Angeles remains one of his coaches to this day. 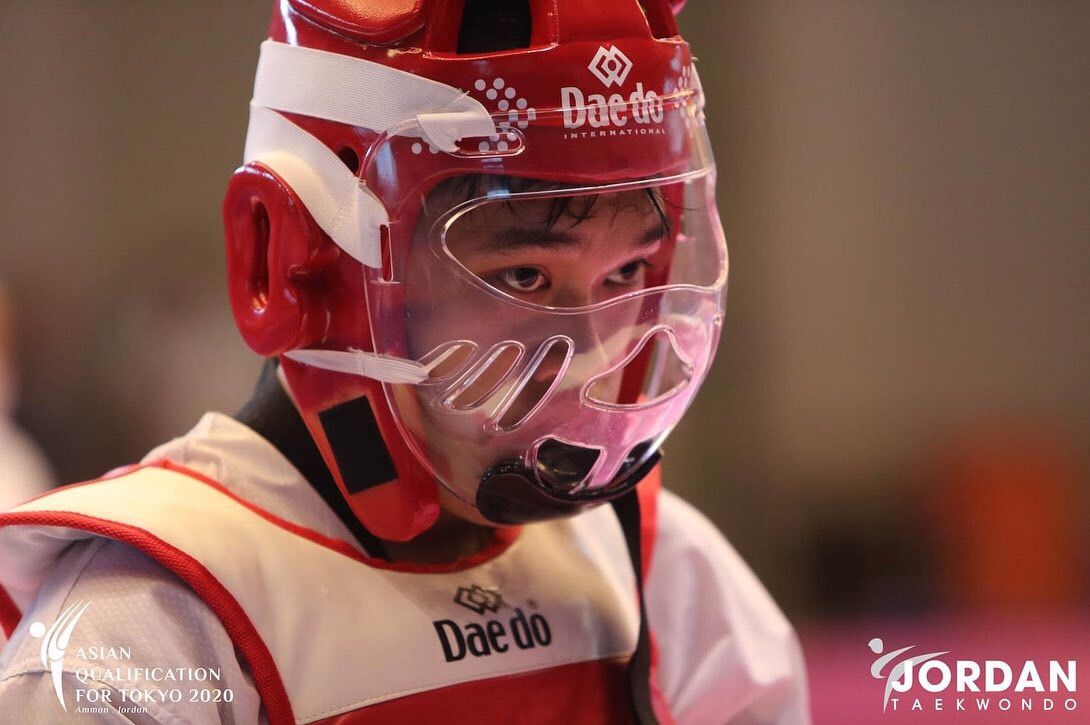 When Ganapin started playing competitively he joined various local competitions, repping his schools. He saw himself winning over persons without disabilities. The victories built up his confidence.

More importantly, though, he found himself a place where he belongs.

During competitions, his opponents become his friends. After matches, he often received motivational comments from them, commending him for a job well done despite his disability.

Up to college, he remained a fixture in the varsity squad, representing the Pamantasan ng Lungsod ng Marikina in Association of Local Colleges and Universities (ALCU) Games, where he won several medals, including multiple golds. 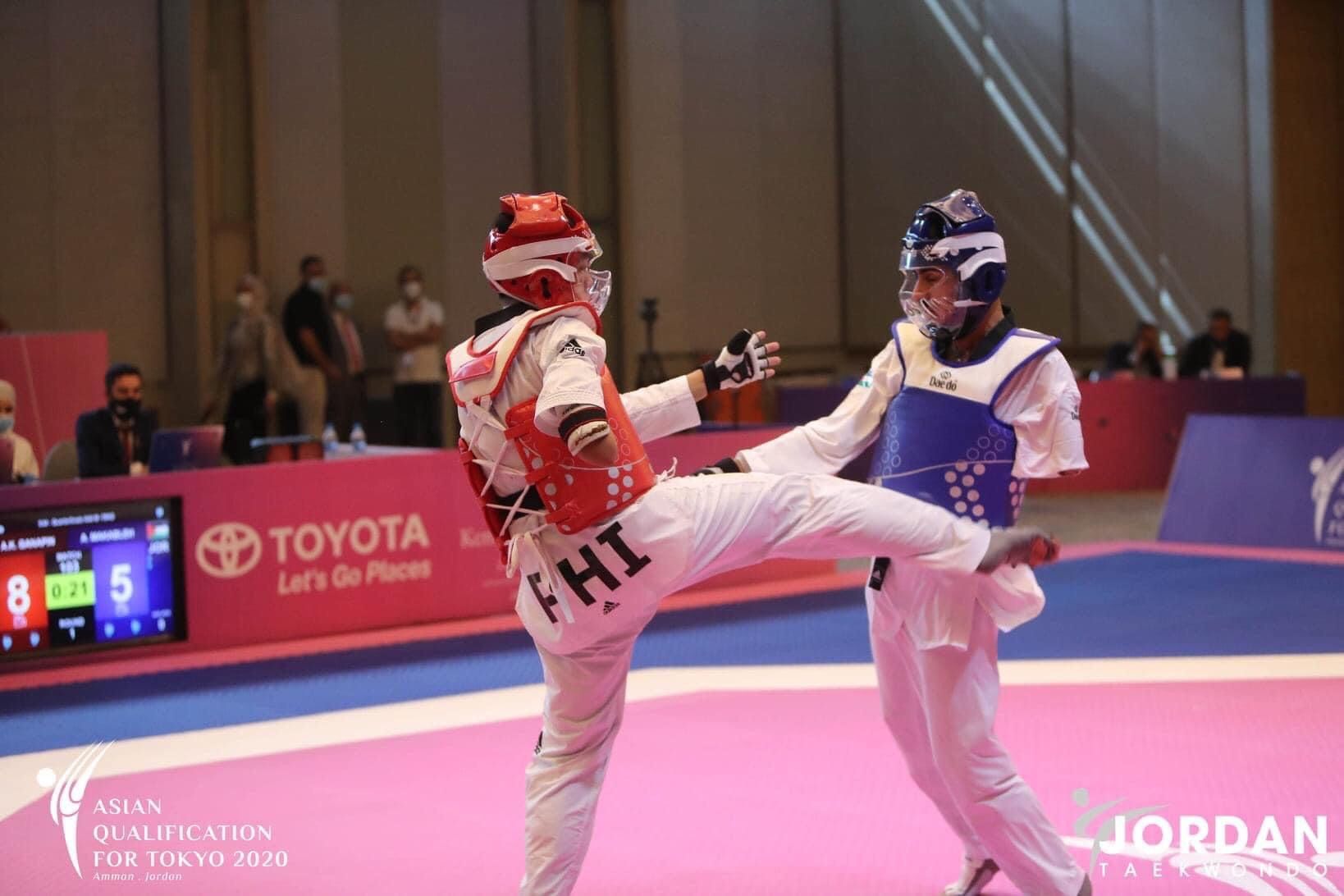 Coach Angeles also linked him with the national team sometime in 2015 through the Milo Olympics. To this date, he's still the only Filipino para athlete of the sport.

Through this, he was able to compete overseas and brought home medals both in para taekwondo and taekwondo. He even earned a "Good Fighting Spirit" Prize in the sixth Asian Para Taekwondo Open Championships.

Side by side with his athletic journey, the 23-year-old also kept at his studies, graduating with a degree in Physical Education.

Now, he's dead set on preparing for Tokyo as he debuts alongside the sport that changed his life. It is only this year that taekwondo was listed as a medal event in the Paralympic Games. 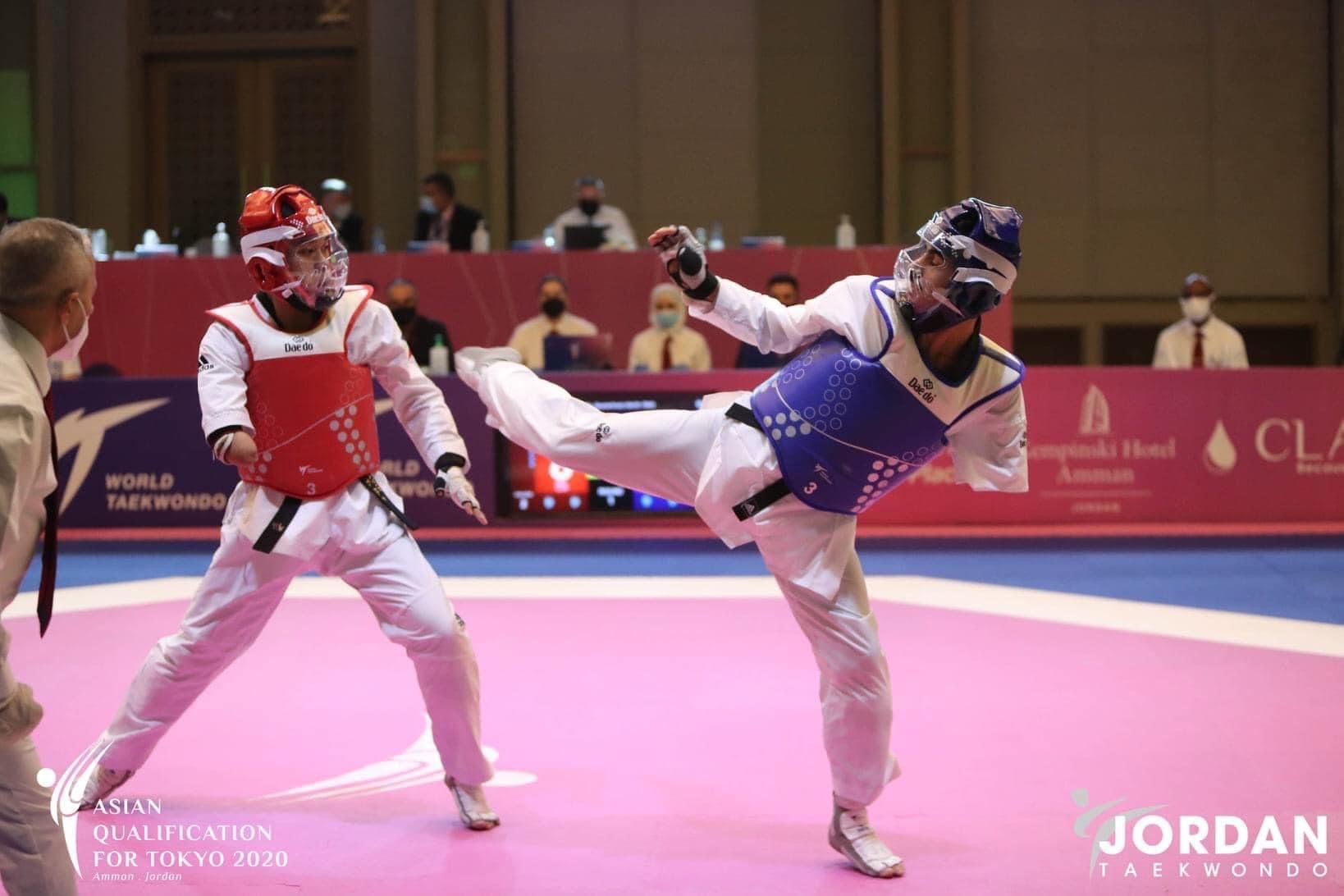 Ganapin will compete in the men’s 75-kilogram class, under the K44 category (athletes who have impairments in one arm above the elbow), after getting a bipartite commission invitation in the Asian Tokyo Olympics Qualifier in Jordan last June.

He shared that he's trying his best to strike a balance between pressuring himself and enjoying the opportunity.

The jin also explained that through showcasing his talent, he might be able to encourage other para athletes to engage in taekwondo. Hopefully, he would no longer be a one-man para taekwondo player in the national team.

Taking on the international stage by the end of the month, he assured: "Pare-pareho lang kami ng goal, makapagbigay karangalan sa bansa."