CHALLENGE Philippines has vowed to assemble the most prestigious and fastest pro field in Southeast Asia for the 2015 Yellow Cab Challenge Philippines Subic-Bataan race kicking off this February 21.

World champion Chris 'Macca' McCormack is set to lead an impressive cast in the latest leg of the international racing series that is expected to bolster the country’s growing reputation as a world-class triathlon destination.

Tagged as a dark horse is Italian Domenico Passuello, a former pro cyclist who is expected to shine in Subic’s tough and hilly bike course. He is coming off a great season highlighted by victories in the 2014 Challenge Rimini and Challenge Sardinia.

Completing the lineup are Brian Fleischmann (USA), 2013 Challenge Laguna Phuket winner Rasmus Petraeus (Denmark), Australia’s Eric Watson and Austrian Christoph Schlagbauer, who will be racing for the first time in the Philippines.

The season opener for long-distance racing in the country will be held at the Camayan Beach Resort in Subic Bay.

"No doubt this old school course will put you to the test, but it is also achievable and breathtakingly beautiful. Bataan provides a setting that the world would want to see. It's a race that will celebrate hard work and it does provide bragging rights for a lifetime."

While hometown heroine Monica Torres should get a lot of attention in the women's pro race, Kelly Williamson is tagged as the favorite after concluding an impressive 2014 season with her victory in Ironman Texas.

Other contenders in the distaff side are 2014 Challenge Batemans Bay and IM 70.3 St. Croix winner Radka Vodickova of the Czech Republic and British Olympic medalist Emma Pooley, who placed third in last year’s event.

Likely to surprise are Parys Edwards (Great Britain), winner of the 2013 ITU World Championships in London. 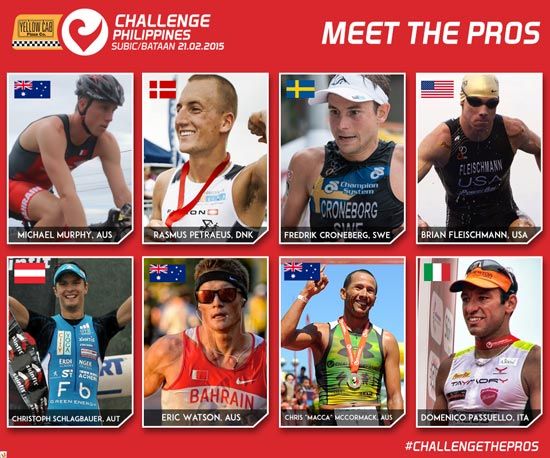 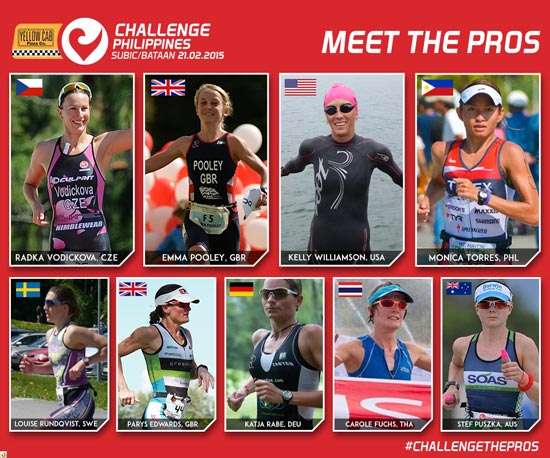