HIS initial plans may have been beset by the global COVID-19 pandemic, but Von Pessumal wouldn't change a thing on how he proposed to his longtime girlfriend Laura Lehmann.

"I waited a long time to ask her that so I’m really happy," he told Spin.ph.

The San Miguel sniper popped the question on May 3, but the couple only shared their engagement on their social media accounts last Monday.

The two have been together for five years, meeting during their days in Ateneo. Pessumal was playing for the Blue Eagles and Lehmann was the team's courtside reporter in UAAP Season 77 back in 2014.

They began dating a year later and have been inseparable even as they went on different paths. 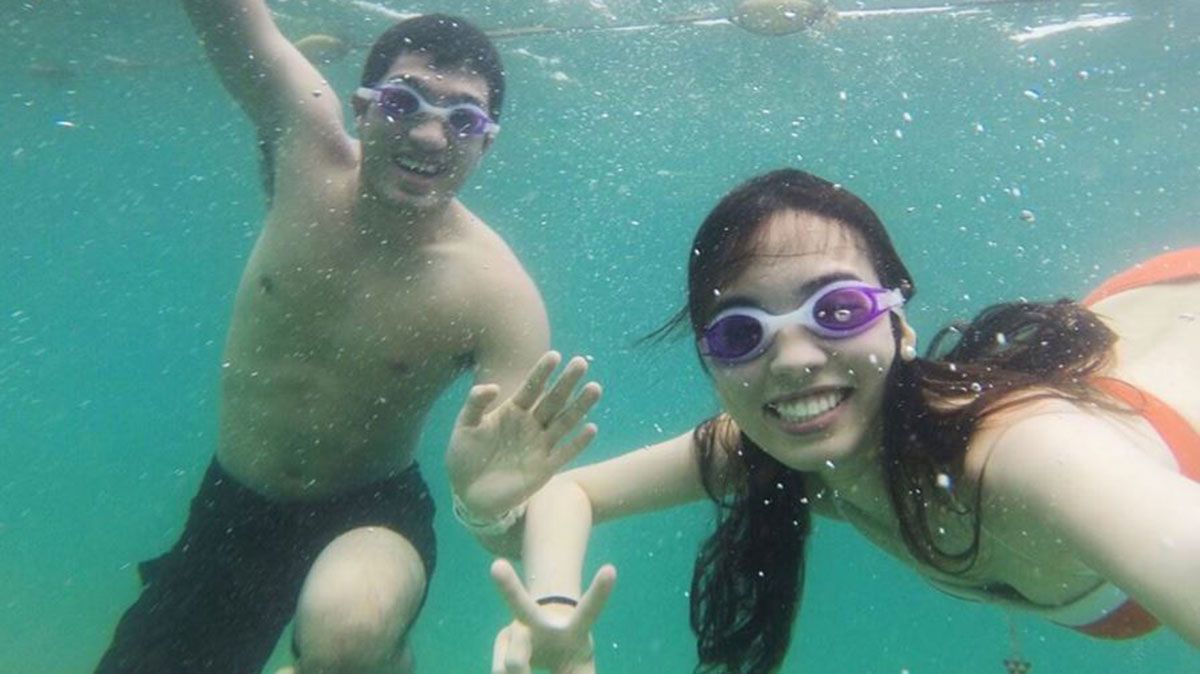 Pessumal was picked in the special Gilas round of the 2016 PBA Rookie Draft but only spent a year in GlobalPort before he was traded to San Miguel.

He went on and became a part of three champion teams for the Beermen, while also enjoying a breakthrough season last year.

Lehmann, meanwhile, went on to become a beauty queen as she was the Philippines' representative to the 2017 Miss World pageant.

Pessumal was already plotting ways to ask Lehmann to marry him, setting the date for his proposal. He was determined to push through despite Metro Manila being placed under enhanced community quarantine (ECQ) since March.

"I had a specific date in mind on when to propose," shared the 27-year-old shooter. "When the ECQ started, I was a little worried, but I didn't think it was enough for me to cancel my plans."

Like every boyfriend determined to make his proposal a special one, Pessumal had the concept of getting down on one knee in a beach setting.

But it turns out, doing the proposal indoors meant more for the couple.

"My initial plan was something like an on-location proposal, maybe somewhere nice like a beach," he said, hoping that his 25-year-old girlfriend would answer in the affirmative.

"But I think something simple like this was more genuine given our situation. The date was very special to her, and I waited some time to propose on that day. So it felt like the right time to do it."

Pessumal may have been forced to make the necessary adjustments for his proposal, but just like him shooting an open three, it was all money from there.

The answer to his question was a resounding yes.

"I'm very happy with that decision and so is Lau," he said.