WHEN news came out that the NBA may invite 22 teams for the resumption of the 2019-20 season in Orlando this July, the Atlanta Hawks would likely not make the cut.

Which might mean that one man — actually, Half-Man Half-Amazing — has just been unceremoniously retired. 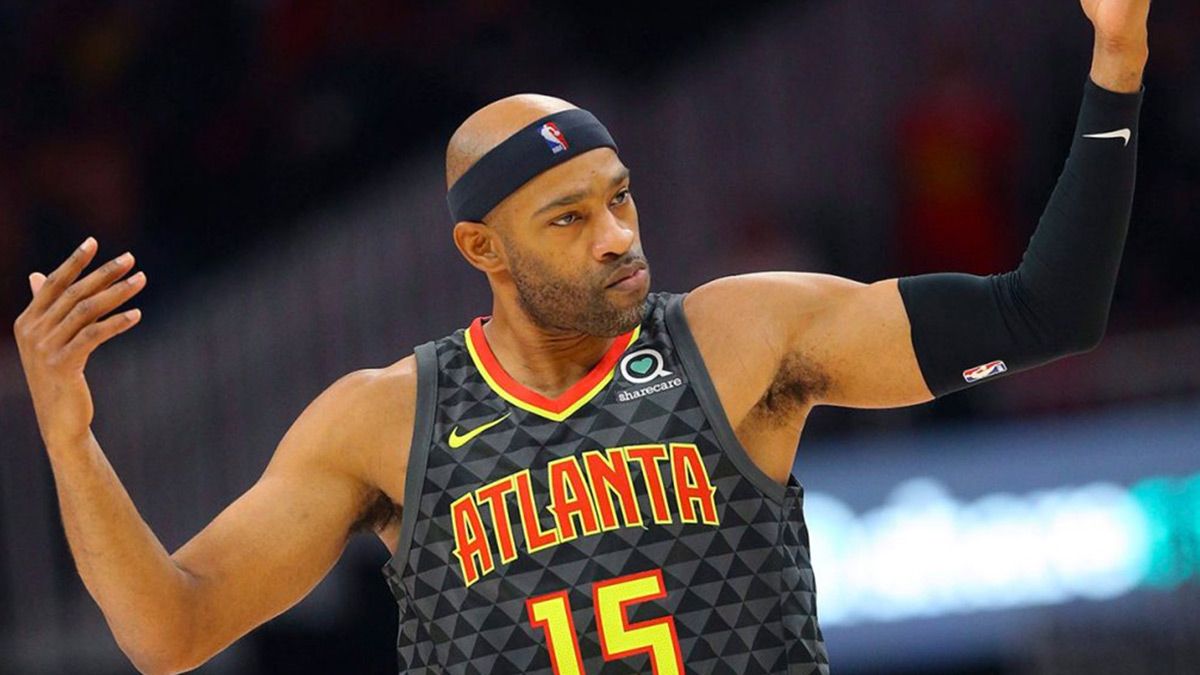 The Atlanta Hawks (20-47) are currently the No. 14 seed in the Eastern Conference, so based on the rumored proposal for the resumption of the NBA reported this morning, they're not coming back when the NBA comes back.

No Trae Young also means no 43-year-old Vince Carter, who was playing in his record 22nd season before the coronavirus pandemic hit.

Young, who provided the assist to what now looks like the final shot of Carter's career, showed his mentor some love on Twitter:

"If it ended today, this is something I'll always remember. At least I made my last basket," the eight-time All-Star said back then. "A weird way to say you're calling it a career. In my mind, I have 15 games of eligibility remaining. If not, I'm at one with it."

The league's plan to restart the season may have confirmed the end for Carter. No official word yet from the man himself, but basketball pages have already started uploading mixtapes in honor of Vinsanity.

If you think Carter is stepping away from the game altogether, think again. Speaking on the expediTIously podcast, the former dunk champ opened up on pursuing a career in sports media, then front office:

"I want to do some broadcasting. I want to stay around the game. I want to continue to be a mentor in some capacity. I have aspirations of being a part of an ownership group. I don't make that kind of money to own a team outright like [NBA legend and Charlotte Hornets owner Michael Jordan]...

"But at some point, I want to be a part of an ownership group where I can still be that mentor that they need, and I want to be the middle man to bridge the gap for the ownership/executive side."