EVEN with the PBA on a break, Barangay Ginebra remains on a Never-Say-Die mode.

Showing they’re one with San Miguel Corporation’s all-out bid to help the Filipino people get through with the current health crisis, the entire team helped in the repacking of health equipment to be distributed to hospitals across the country. 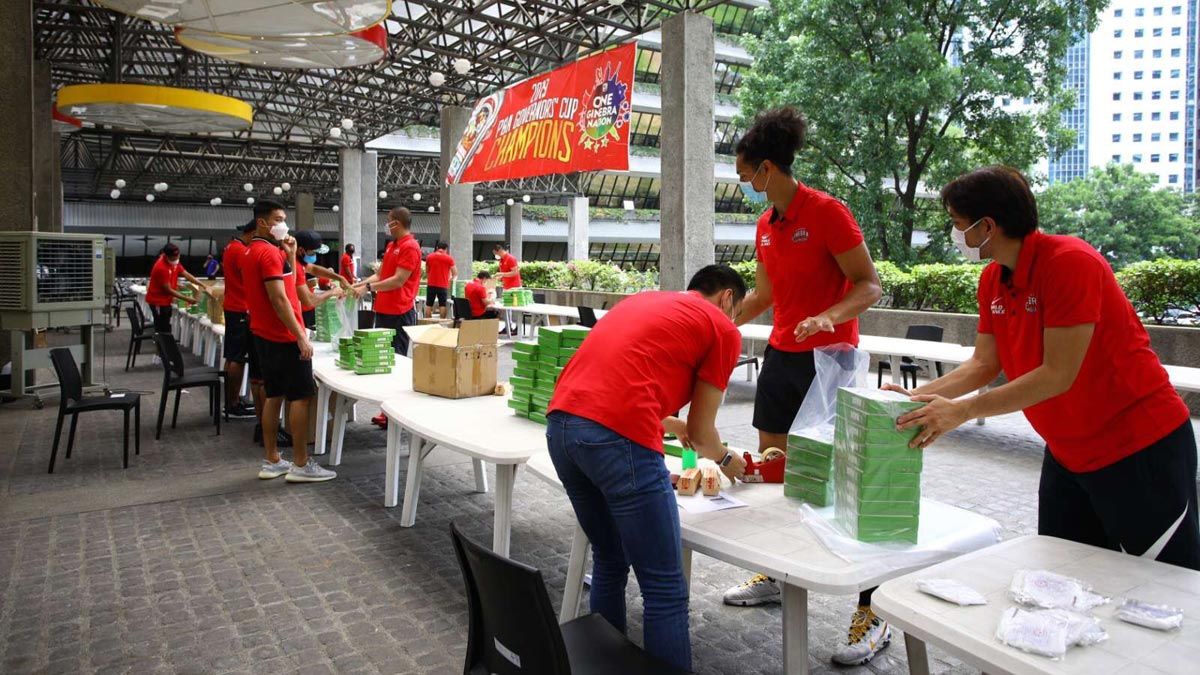 Coach Tim Cone and players led by LA Tenorio and Japeth Aguilar were at the SMC headquarters in Ortigas on Wednesday to repack face masks that will be donated to medical health workers in at least 16 health centers nationwide.

Also with them was SMC sports director and Barangay Ginebra board of governor Alfrancis Chua. 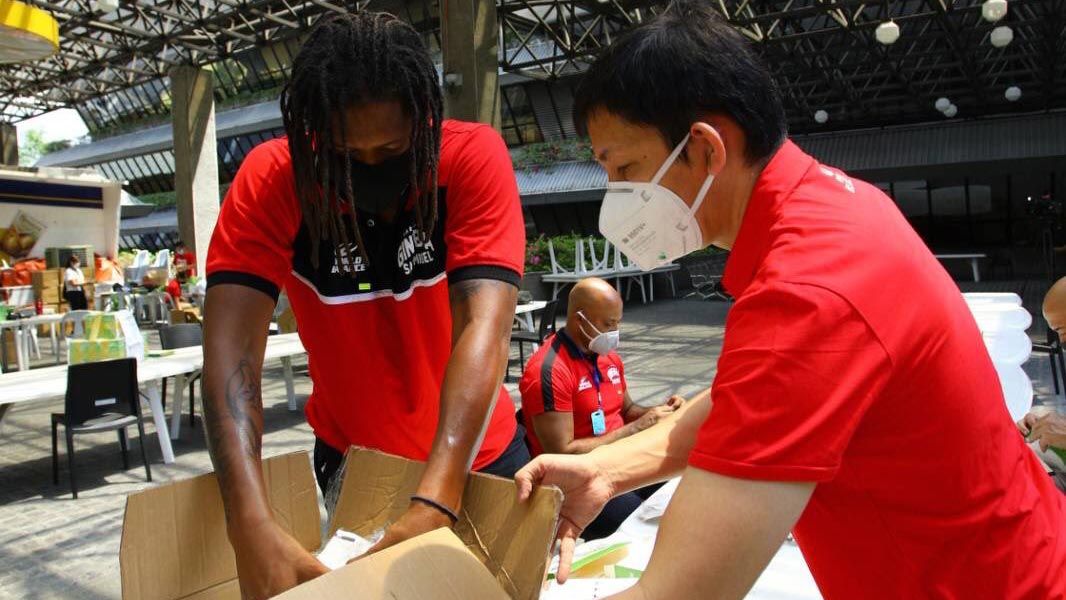 The firm led by President and COO Ramon S. Ang has so far donated P1.147 billion as of last week worth of food products, ethyl alcohol, fuel, protective gear, free toll, among others to frontliners and hardest hit communities in Luzon and other provinces nationwide during this quarantine period. 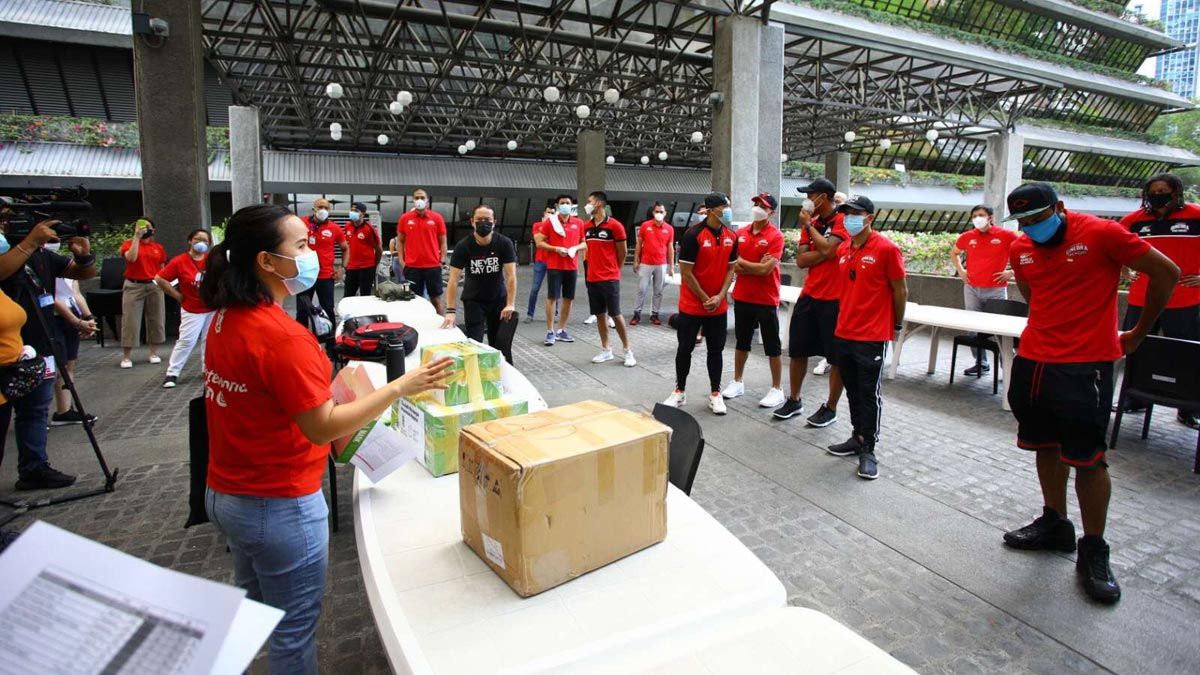 The Kings wore their signature red Ginebra polo shirt and had their face mask on while repacking the medical equipment.

The Kings also expressed their gratitude to Ang for all the support and help SMC has extended to the entire Filipino.