BACARRA, Ilocos Norte — It was a loooong day for Petro Gazz and Black Mamba-Army, especially for Myla Pablo who needed to cut the sleeves of her tight jersey just to be able to play in her first Premier Volleyball League game as an Angel.

Despite playing in a jersey that was a size or two too small and enduring hours of delay due to a slippery floor at the PCV Socio-Civic and Cultural Center, Pablo still managed to impress with 16 points in her Petro Gazz debut.

The former league MVP said the team jerseys arrived last Friday and it was too late to change hers when it became apparent that it was too small.

So she cut the sides to be able to fit in it. 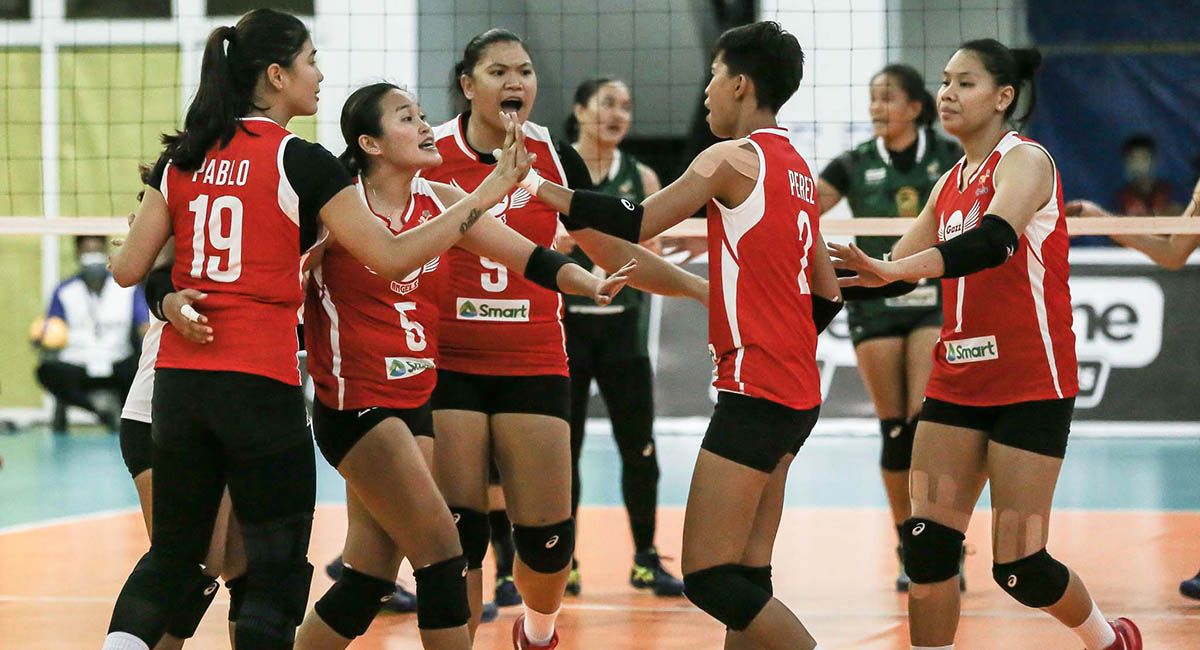 Aside from cutting the sides, the National University standout wore a compression shirt inside the jersey.

Pablo and the Angels’ debut was delayed for one hour due to heavy rain that caused slippery spots on the playing area. The second set action was also stopped for three hours until conditions were deemed playable.

Despite staying inside the venue for a total of five hours, Pablo was glad that it was worth the wait after they bagged their first win in this short PVL bubble.

After waiting for a year for volleyball to return, what's another couple of hours, right?