THE COMPANY behind Blacklist International and Team Payaman is set to expand its footprint in a big way by expanding operations into the Land of the Rising Sun.

And to show how much it means business, the gaming and esports organization made two intriguing announcements.

Early this month, Tier One executives Tryke Gutierrez and Alodia Gosiengfiao revealed that they would be creating an idol group, tentatively nicknamed “Project 4,” with its first revealed member, Harry “har_fie” Field.

“It was funny that we were planning for Japan for almost half a year, and by the time we were about to announce it, har_fie came in with a concept of putting up an idol group,” shared Gutierrez. “And from there, everything just fell into place.”

In a statement, Tier One says that it plans to reveal the rest of the members over the next couple of months.

A few weeks after their announcement, Tier One dropped another bombshell: a partnership with legendary Street Fighter pro player Daigo Umehara and the management company that handles him, the San Francisco-based Cooperstown Entertainment.

“The Beast” is a familiar name to many gamers, thanks to his epic comeback victory against Justin Wong in the Street Fighter III: 3rd Strike semifinals at Evo 2004. His fifteen consecutive parries with just a sliver of life left has cemented itself as one of the most epic moments in all of esports.

“In this move, we’re excited to connect brands and reach more esports audiences in Asia’s passionate community of fighting games,” the brand said in its Facebook announcement.

In a statement released today, October 26, Tier One announced more details about its big Japan play. 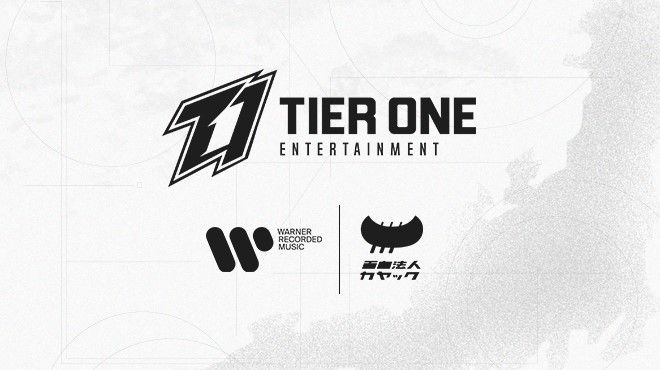 The organization revealed that it had inked an “investment deal” Japan-based internet firm KAYAC, as well as Warner Music Group.

“Japan is a country with a long history both in gaming and innovation in multimedia. With over 57 percent of its population being gamers, there’s a big opportunity for us to grow our brand,” said Gutierrez.

He added: “Tier One is bringing our brand of entertainment to the Japanese gaming industry. Our goal is to gather a core team and build an initial roster of content creators that will elevate esports and video games in Japan in ways the country has never experienced before.”