WHEN the pall of pandemic settled over China in early February, more than 5,000 Nike stores across the country (whether owned or operated with a partner) ended up rolling down the shutters and turning off the lights. Those stores that remained open — about 2,000 of them, according to company estimates — experienced both reduced hours and reduced foot traffic as the country went into lockdown mode.

But even with closed stores, the business kept on going. 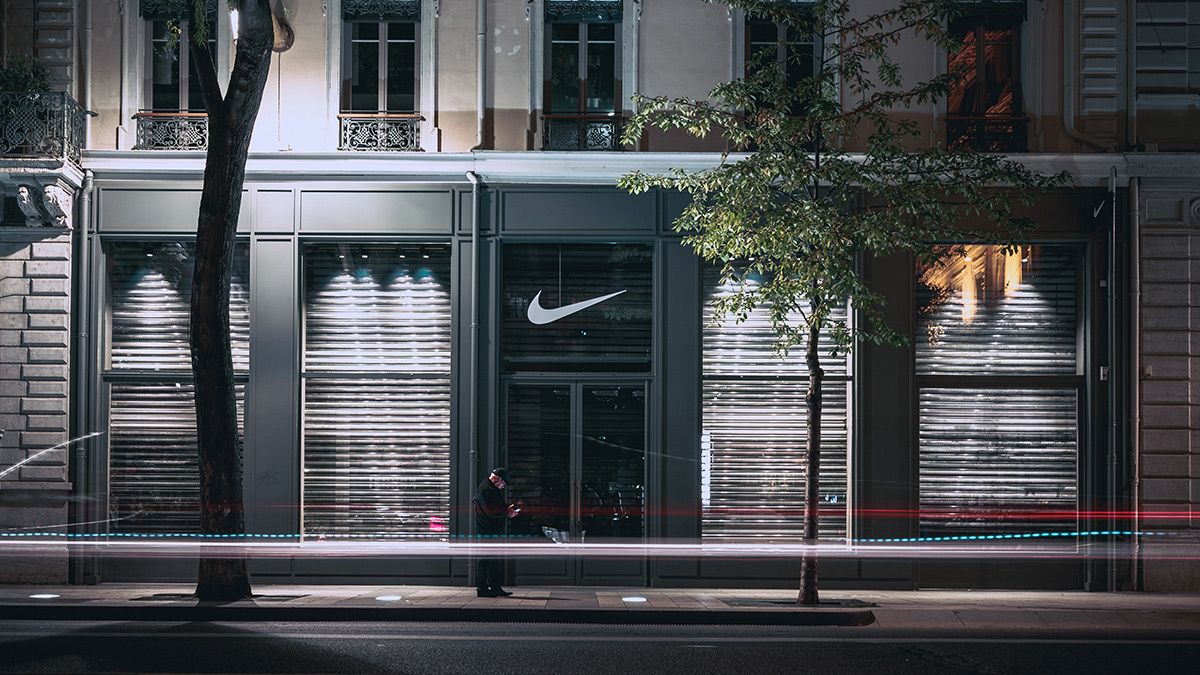 It was a baptism of fire for Nike CEO John Donahoe, who had just stepped into the role last January. Unlike the company’s previous chief executive Mark Parker, Donahoe hadn’t joined the company in its early days and risen through the ranks. Instead, Donahoe was an import, an outsider from the tech world who had led e-commerce companies eBay and PayPal.

It turned out that e-commerce would become Nike, Inc.’s saving grace in China’s COVID-19 crisis. And the lessons that the company picked up there could turn into a business bible for staying afloat in a global pandemic.

In a recent investor conference call, Donahoe outlined those observations.

First, with nothing else to do at home, people began to exercise. Nike already had a fitness app called Nike Training Club, which offers different workout plans, as well as a running app called Nike Run Club. Looking to sweat the quarantine out, Chinese flocked to the apps, "with weekly active users jumping 80% across all the company’s activity apps compared to the start of the quarter," wrote Quartz's Marc Bain.

While the NTC is primarily fitness-focused, it also links directly to Nike’s e-commerce sites. Suddenly, online sales skyrocketed. “The strong engagement of Chinese consumers with our activity apps translated into strong engagement with our Nike commerce app,” said Donahoe in the investor call.

The result? A 30% increase in digital sales across Greater China — including Taiwan, Hong Kong, and Macau — according to the company’s latest quarterly financial report, which covers the period from December 2019 to February 2020.

Based on what happened in China, Donahoe projected that Nike retailers all over the world would go through four phases during the global pandemic:

Phase 1: Containment. Stores are closed to comply with local quarantines and help stop the spread of the virus. E-commerce will become very important in this phase.

Phase 2: Recovery. As the curve flattens, some stores begin to reopen. “But sales remain sluggish,” wrote Bloomberg about this phase.

Phase 4: Return to growth. Nike would return to expected levels of growth, which, in the pre-virus days, was quite bullish. In January 20 — only nine days after the first COVID-19 death in China — their stock grew 32 percent over the previous year.

Not just a phase

The company is now applying the lessons it learned from China worldwide. On March 15, four days after the World Health Organization declared the viral disease a global pandemic, it announced that it would close stores in select countries. However, it emphasized that online shopping at Nike.com and the Nike app would still go on as usual. It also mentioned the Nike Training Club and Nike Run Club apps.

Then, on March 21, they rolled out a worldwide “Play inside, play for the world” ad. In a minimalist poster that was blasted all over social media, the company asked everyone to follow WHO guidelines and stay inside, with the message: “If you ever dreamed of playing for millions around the world, now is your chance.”

Dozens of athletes and influencers all over the world adopted the slogan, and stuck it on their home workout posts — wearing, of course, Nike gear. At the same time, the company also made the premium version of Nike Training Club free in the US.

So far, so China.

Only time will tell if the same measures that stemmed the bleeding of their Chinese business would work on a global level. A few days before Donahoe’s conference call, Woozle Research in London projected that the shoe company could lose more than $5.5 billion in revenue over the next three to six months, reported The Business of Fashion.

Plus, Nike’s most recent quarterly financial report only covered the three-month period between December to February. Woozle also estimated that Nike lost 21 percent of total sales from February 29 to March 10, according to its interviews with 120 wholesalers and distributors.

But if anything, Nike’s action plan could be a ray of hope for businesses and retailers all over the world as they face a looming recession.