WHATEVER the sport, many athletes turn to music to help them step up their game.

Some choose to be alone in a corner with their headsets on, while others pump themselves to a fever pitch as a team by setting the speakers to max volume inside the locker room.

Whether it’s getting ready for a training session or a crucial Game Five of a championship final, several athletes listen to their favorite songs as part of their warmup or pre-game routine to improve their performance.

We asked a couple of sports personalities about what type of music they listen to before they get into the game.

He said nodding to the beat while listening to rap music helps him prepare, whether for practice or a match.

“I don’t really think about the game. I just enjoy and focus on the music then I subconsciously pump myself up na rin,” said the Ateneo spiker responsible for the Blue Eagles’ winning point in their UAAP championship.

On the other hand, music provides motivational fuel for National University’s Peter Torres, ace spiker of Ateneo’s rival and a many-time national player.

The former UAAP champion shared, “My favorite songs to play before a game would have to be ‘The Champ’ by Nelly and ‘Hall of Fame’ by The Script.”

Here's 'The Champ' by Nelly:

“(I prefer them) mainly because those songs have so much meaning in them — about not giving up and in the end reaching your goals and being successful,” he added.

Apart from being cagers, Ateneo recruit CJ Perez and Mahindra Enforcer Aldrech Ramos have something else in common. When it comes to tunes, they choose R&B to keep them company before stepping on the court. 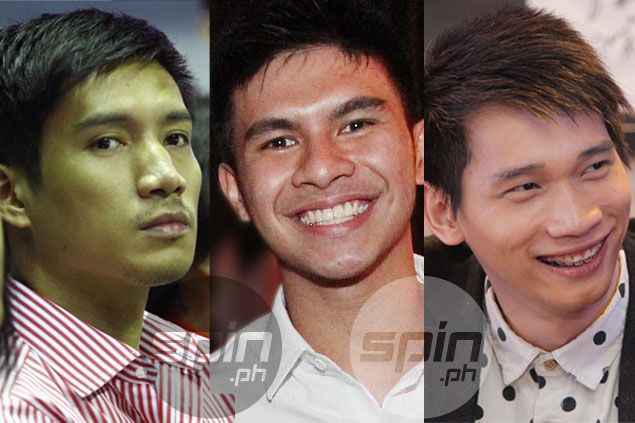 Ravena, meanwhile, revealed he likes listening to Bryan White’s ‘God Gave Me You.'

Whatever the genre, music can definitely help in stepping up your game — and that applies to anyone, not just athletes. Let NIVEA MEN take care of that for you. As the first male skincare brand in the Philippines to partner with Spotify, the men’s face care brand has created six Spotify playlists for any situation you might find yourself in. Whether you’re pumping up for work or setting the pace for a chill weekend, NIVEA MEN has something for you!

You can also enjoy those playlists with a month’s worth of Spotify Premium subscription that comes free when you buy a 100g or two 50g NIVEA MEN Whitening Acne Oil Control Scrub with any NIVEA MEN Face or Deo item. Just present your proof of purchase to a NIVEA representative in participating stores to claim your Step Up Your Music Game scratch card.

Learn how to step up your game here!