IN the many trips I have made here and abroad, I’ve always held a quiet admiration and fascination for people dressed in hiking boots and parkas, with backpacks the size of a small minivan on their backs, looking like they’re on their way to scale a mountain range requiring a week’s worth of supplies and commitment. I imagine that they would be spending at least a few days camped in forests or jungles that offered challenging weather conditions, Spartan accommodations, and more-than-interesting encounters with wildlife, all in exchange for breathtaking views of what mother nature serves up.

Sure, I’ve had my share of hikes through national parks abroad, and embarrassingly short trail walks and runs in country, but nothing quite compares to trekking through extended corridors of mountain trails to experience nature head on. The more famous trails and traverses in the world include the 3,500 km Applachian Trail in the US, the 250 km Great North Walk in Australia, The 220 km Drakensberg in South Africa, and the 180 km Gran Recorrido 20 in Corsica, Europe.

Much like its people, the Philippines has so much potential that remains untapped and undiscovered. In the area of trekking destinations, the country’s vast natural beauty can rival the best the world has to offer. It is from this concept that the idea of the Cordillera Great Traverse (CGT) sprang from. The CGT is an expedition which aims to establish the longest and most scenic hiking/trekking destination in the Philippines, connecting the six provinces of the Cordillera Administrative Region (CAR), namely: Sagada, Abra, Kalinga, Apayao, Ifugao, and Benguet. There will be no shortage of mountain passes, forests, rivers, waterfalls, rice terraces, villages, and ancient trails along the 400-kilometer route that will highlight tourist attraction and present hikers and trekkers of all nationalities the natural beauty of the Cordillera mountains.

At 5,000 feet, the Gran Cordillera is the highest and largest mountain range in the country. It is known as ‘The Cool Highlands of the Philippines,' a climatic escape from much of the tropical weather that covers most of the Philippines.

The region is the ancestral domain of the Cordillerans and is divided into six provinces and seven ethno-linguistic groups, namely: Abra (Tinggian), Apayao (Isneg), Benguet (Kankanaey and Ibaloi), Ifugao (Ifugao), Kaling (Kalinga, Isneg), and Mountain Province (Kankanaey). The ethnicity of the various groups have maintained their distinction, making the mountains their homes for centuries. Each of the seven major ethno-linguistic groups has its own family of languages and cultural traditions, molded by the geography of the Cordilleras. 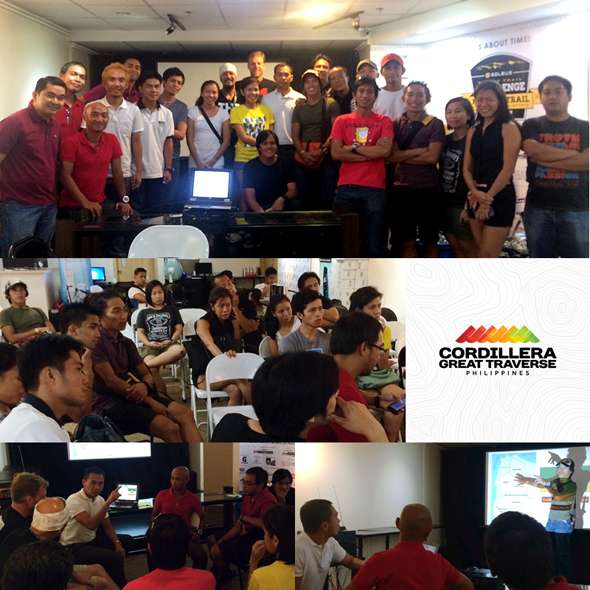 The creation of the Cordillera Great Traverse by a team consisting of explorers, adventurers, nature lovers, ultra runners, environmentalists, mountaineers, and fitness enthusiasts, is the result of individuals with common goals of exploration and preservation. The endeavor will require time, resources, and dedication to achieve the three main objectives of the project/expedition.

The journey towards establishing the Traverse has started this month and is at the mapping, research, and coordination stage. An expedition is set to begin in November extending into March 2015, and will involve route reconnaissance and immersion. Finally, the group hopes to see the first continuous traverse take place in April next year.

I look with great anticipation to the establishment of the CGT, which will come to fruition sooner or later. Some of the great traverses of the world have taken years, even decades, to establish; but once set up, they have provided unlimited knowledge and benefits to numerous adventure-seekers and interest groups. Hopefully, the CGT will find its place among these great mountain trails and impart the same virtues and merits that only cooperation between man and nature can bring.