WATCH: How to survive every challenge in Squid Game

TWO weeks after its release, Squid Game is still the number one trending show on Netflix Philippines.

It’s become so viral that Squid Game memes are already filling up your Facebook feeds. Netflix, meanwhile, has installed the creepy “Red Light, Green Light” doll in an Ortigas mall to help build the hype.

A potent, thrilling mix of a “death game” storyline like Battle Royale or Hunger Games and the social and class consciousness of something like the Oscar-winning Parasite, it’s an unnerving, gruesome series that has captivated audiences both here and around the world.

Among those who watched the show was YouTube channel Cinema Summary, which, despite its name, actually specializes in “How to beat” videos based on popular movies and TV shows. It’s a formula that apparently works — they have more than 1.3 million subscribers, and their episodes regularly get views in the millions.

In a video they released today, they turned their attention to Squid Game.

Warning: Spoilers follow. So if you haven’t watched the series yet and don’t want to know how it will play out, don’t watch the video embedded below, and don’t read the rest of the article.

How to survive every challenge in Squid Game 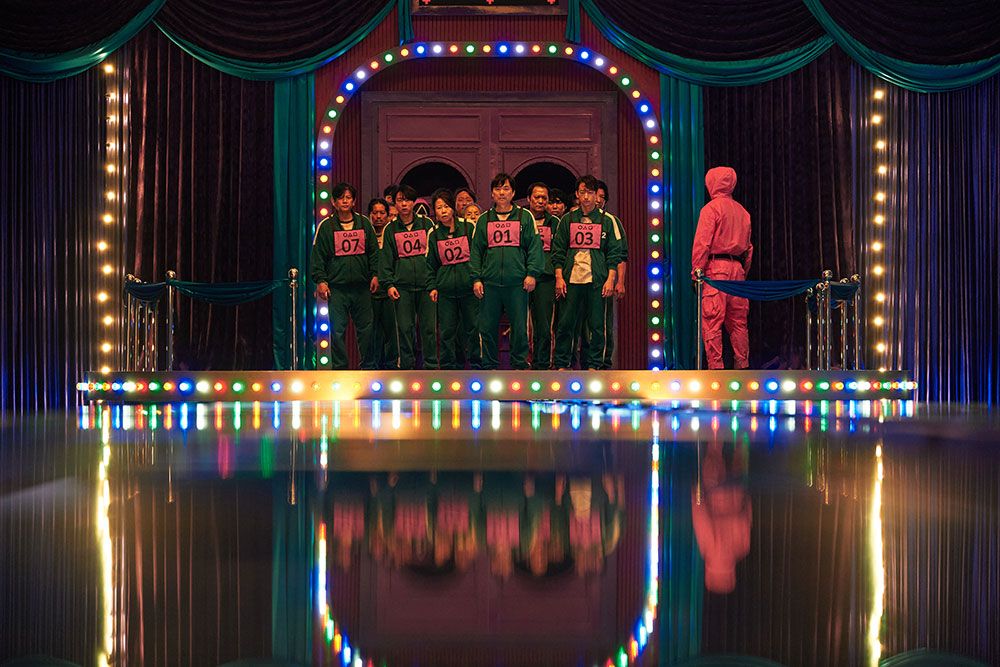 Throughout the 44-minute long video, Cinema Summary goes through each major plot point in Squid Game, particularly focusing on the six challenges that face its 456 contestants who are all vying for a 45.6 billion won pot. (That’s around P1.98 billion pesos.) These challenges are all taken from common Korean childhood games — including some familiar ones for Pinoys like Tug of War and Red Light, Green Light — with the ultimate stakes: your own life.

For each challenge, Cinema Summary gives surprisingly useful tips, both for the actual game itself and the unique circumstances of, you know, being trapped in an isolated island with people who will kill you if you lose.

In tug of war, for example, the channel suggests locking your elbow behind your thigh to take the strain off your arms. The anchor at the back could also loop the rope around his entire body to give themselves more leverage.

The video also gives very practical tips for the show’s unique version of Red Light, Green Light — like sticking to the edge of the wall so you would avoid tripping on dead bodies.

It also suggests ways to “cheat” the games. In marbles, you can have your opponent play a game of “Nim” against you, which, as the narrator explains in the video, is basically a game you cannot lose, as long as you know what you’re doing. Or in sugar honeycomb, you could use the tin container to collect your sweat and make it even easier to moisten the sugar goodies and cut out the correct shape.

In the very tense glass bridge, which basically sounds like a death sentence for people in the front of the line, the contestants could have tied their shoes up with their jackets and swung them at the glass surfaces to test if they were tempered or not.

But then again, Cinema Summary also freely admits that it’s difficult to think of these out-of-the-box solutions when you’re under intense stress and time pressure.

Our favorite line of the video comes near the end, when it’s discussing the childhood game the show takes its name from. “They’re actually not playing squid game at all,” says the narrator brightly. “They’re playing a new game called kill your childhood friend.”