'Spider-Man: Far From Home': 5 brain-twisting questions after seeing its trailer

Finally, the official trailer for Spider-Man: Far From Home has dropped last night—and we couldn’t be more excited about the closing chapter of Marvel Cinematic Universe's bombastic Phase 3.

As you can see, the trailer's so packed with Avengers: Endgame spoilers that Tom Holland, notorious for spilling juicy bits about upcoming big Marvel releases during press tours, had to warn viewers about them in the clip they're about to see.

The heads-up was necessary because it's finally revealed that Far From Home is indeed set in the post-Endgame world and depicts how, for starters, Peter Parker is still grieving over the death of his mentor Tony Stark a.k.a. Iron Man in 2023.

But as thrilling as the movie looked, we all felt somewhat at a loss as the rest of the trailer rolled along, leaving us quite perplexed and in desperate need of answers and clarity fast. So, let’s get into the swing of things and zero in on some of our most nagging questions—and the most possible explanations we can come up with—here. 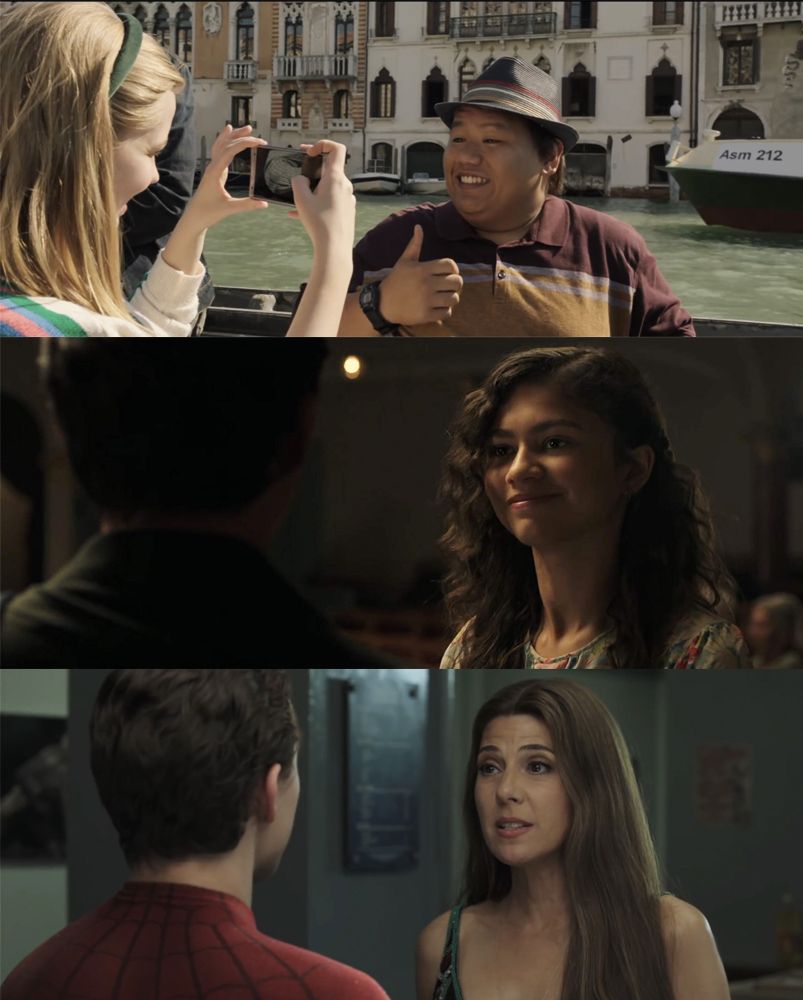 We next see Spidey and Happy (Jon Favreau, who plays Stark's loyal man Friday) talking about their tragic loss. Seconds later, Parker and pals gear up for what looks like a much-needed R&R in London.

Ned (Jacob Batalon), MJ (Zendaya) and other members of our favorite Academic Decathlon team are back, going about their lives and looking like they never aged a day since we saw them last.

Even Aunt May (as portrayed by the ever-fetching Oscar winner Marisa Tomei) looks as gorgeous in 2023 as she was in Spider-Man: Homecoming. Not that there's anything wrong with that.

We figure that all of them faded into dust during the deadly Thanos snap (a.k.a. the Decimation) in Infinity War, and, together with the latest crop of our favorite MCU heroes, have returned after the mass genocide was reversed in Avengers: Endgame.

But then we could be wrong. And if that's the case, then we feel the brains behind Far From Home have already lost us there.

What does Nick Fury mean when he disclosed there's a “tear in our dimensions” now? 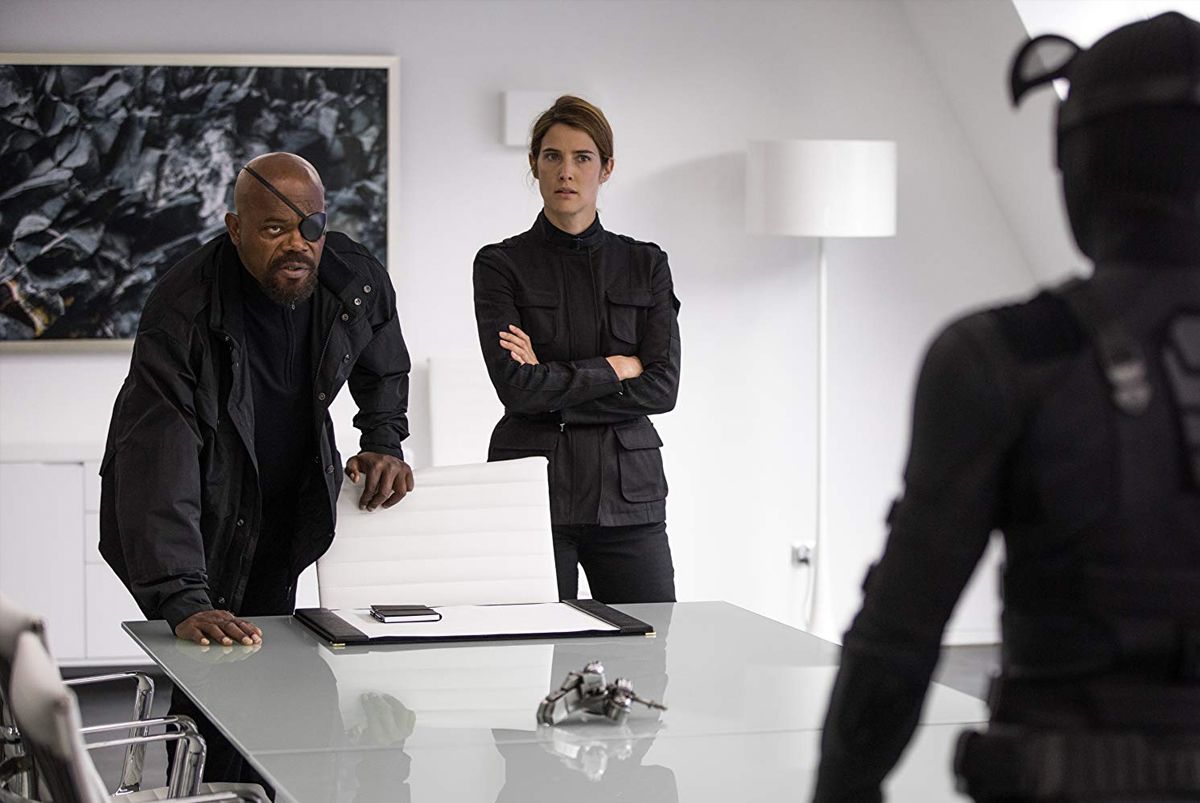 S.H.I.E.L.D boss Nick Fury doesn't mince words when he reveals to uber-geek and pop culture junkie Peter Parker that, thanks to the Decimation, a hole in the universe has opened up.

This is perhaps the neatest trick Marvel big wigs can come up with to introduce the convoluted but trippy concept of the Marvel multiverse to MCU fans.

The multiverse theory is relatively easy to understand. You should know that Earth-616 is the current home to many of the Marvel heroes, villains, and support crew featured in the various comics and animated series we read and watch now. But multiple parallel universes exist.

Which means that besides the Peter Parker/Spider-Man who operates in this “main” Marvel universe that we're familiar with, other Spider-Men, Women, Punks, and even a Pig are out there in their respective universes doing their own take on that good old Friendly Neighborhood Spidey schtick, as showcased in the superb Spider-Man: Into the Spiderverse last year.

Also, Nick Fury is hinting that new, stranger, and monstrous beings have likely crossed over to our Earth to further give our heroes fits.

Quentin Beck, a.k.a Mysterio (Jake Gyllenhaal), a self-styled enigmatic stranger from another Earth, claims he's in pursuit of such nefarious elements. But Fury wants the lone Avenger currently available on his otherwise deep bench to keep this new costumed player on the block in check.

There are other possible questions that arise because of this so-called tear. Does this mean Phase 4 of the MCU, for example, will make a hard turn for the cosmic and henceforth be called the Marvel Cinematic Multiverse (MCM)?

Could this also mean that an adaptation of the popular 2015 Marvel mega-comics event, Secret Wars, be the tentpole equivalent of the billion-dollar-earning Avengers: Infinity War/Endgame at the conclusion of Phase 4?

It's a titillating prospect because this will pave the way for the multiverse's best characters to duke it out in one unified Marvel Universe in the future. A perfect opportunity to bring popular former 21st Century Fox properties like X-Men, Fantastic 4, Silver Surfer, Galactus, Deadpool and what’s left of his X-Force into the fold.

But was it Thanos’ snap that really caused this? 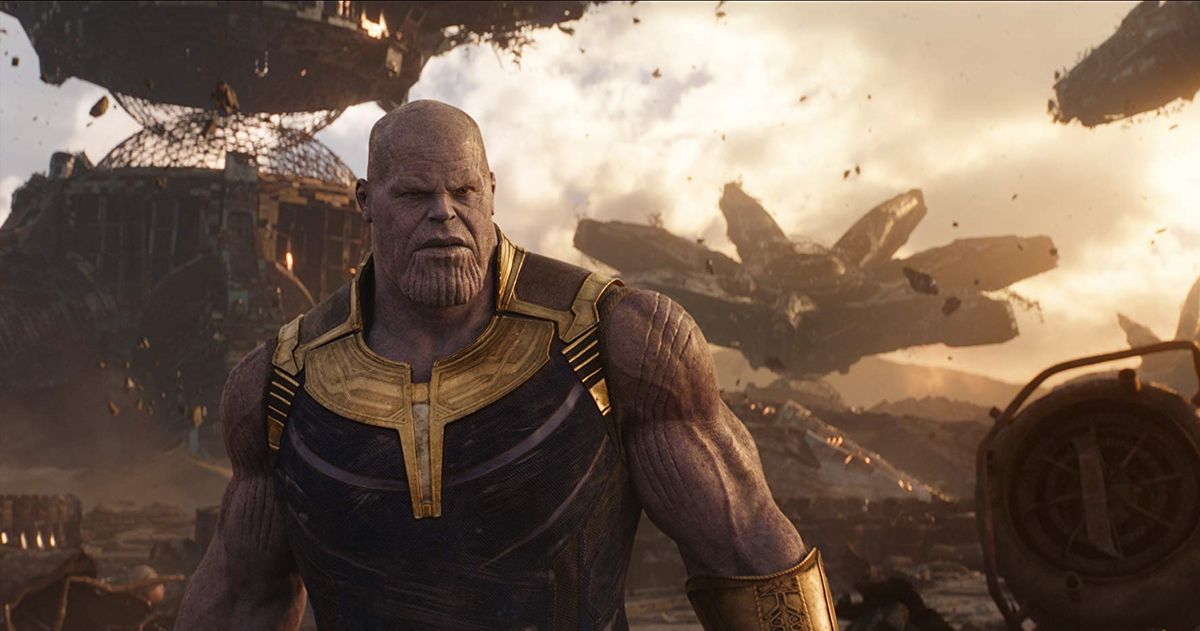 How sure is S.H.I.E.L.D. that it was Thanos’ snap that tore this hole in our dimensions? Doesn't Hulk's snap count? And what about that moment in the past when Loki flew off with the Tesseract in 2012, or when Captain America chose to live his life with Peggy Carter in the past and grew old at the conclusion of Endgame?

The Ancient One (Tilda Swinton) did explain to Bruce Banner that if anyone removed a stone from one timeline, the creation of a new timeline could pose serious problems to the uni(multi)verse.

What if Steve Rogers f**ked up his mission of returning the Infinity Stones at the exact time they were taken, as instructed by Professor Hulk? What if the Avengers' costly but successful effort to bring back the dead did more harm than good in the end?

But, wait, isn't Mysterio a bonafide Spidey villain in the comic books?

Comic book fans were probably floored when they sensed that Mysterio seems to be radiating major hero vibes in Far From Home.

Could this be just a Marvel ruse that'd be corrected at the end of the film?

Remember, trailers can be a form of misdirection, too. What if this is just a ploy to underplay Mysterio's criminal prowess? In case you didn't know, Mysterio, an SFX expert, is the kind of comic book villain who traffics in elaborate schemes just to get away with major crimes. It isn't that far-fetched to consider then that the catastrophic scenes we saw in the Far From Home trailer could be just him at his most criminally ambitious.

Who's responsible for Spider-Man's sleek and stealthy makeover? 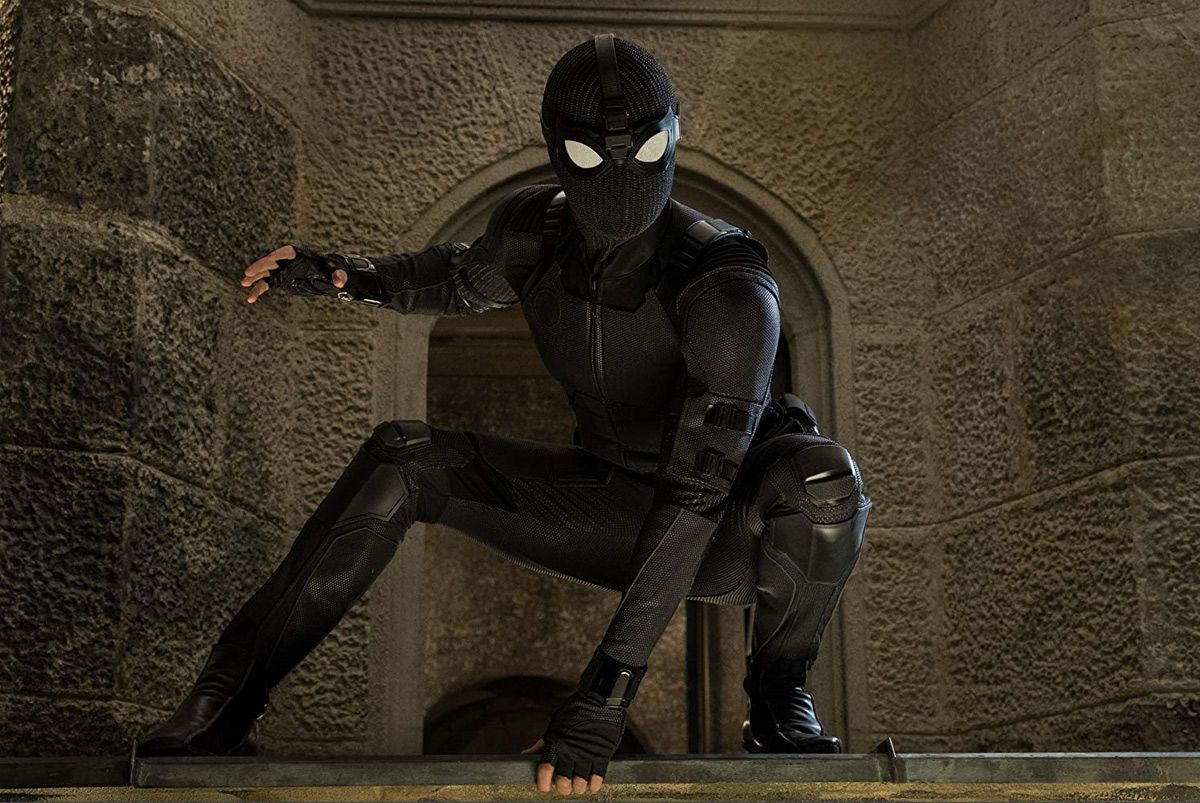 We've seen Spider-Man in his homemade suit and Tony Stark-designed Iron Spider suit in past blockbusters. But with Stark gone, is S.H.I.E.L.D. the one picking up the tab for Spidey's wardrobe requirements now?

This all-black stealth suit looks like a pricier and sturdier thief costume than the one donned by Spider-Man Noir, the brooding Spidey of the Great Depression from another universe.

Is this souped-up creation loaded with advanced functions to match Stark's snazzy made-for-Spidey duds? Did Fury, a covert ops master, give this to Parker because there's some secret quest that needs to be done on the side in Far From Home? Or is this the still-mournful Spider-Man's idea of honoring his fallen father figure?

Call us sentimental, but we're already tearing up just thinking about the latter.