CAPAS, Tarlac — Home away from home.

Singaporean swimming sensation Joseph Schooling felt like he never left home as the roaring crowd inside the jampacked aquatic center at the New Clark City pumped up the atmosphere of the 30th Southeast Asian Games.

Prior to coming over, the 24-year old Olympic champion, who grew up under the care of a Filipino nanny, was told to expect the locals' famous hospitality.

Although he believed his nanny, Yolly Pascual, he had no idea on how much support the Filipinos can actually give to a foreigner - and an opponent at that.

“Yeah, definitely. Auntie Yolly said that huge Filipino crowd will be out here to support us and it’s true, they turned up,” said Schooling, who was part of the team that finished first in the men's 4x200-meter freestyle relay.

“So it’s a very good feeling, you know? To be able to race away from home, we feel like we never left Singapore. Very nice feeling,” he added. 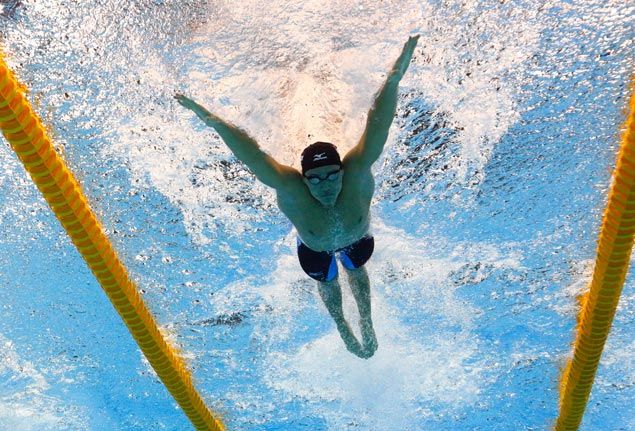 Schooling, along with Zheng Wen Quah, Jonathan Tan and Yi Shou Darren the men's 4x200-meter freestyle, will have five more events in the coming days.

Just like the first day, the 2016 Olympic gold medalist in the 100-meter butterfly can expect the same amount of support from the Filipinos, who filled up the two-level bleachers with a seating capacity of 2,000.

“It’s awesome, it’s amazing. Today, so much energy for relay and I’m excited to see how everyone gets up for the individual event tomorrow so I’m very excited for that,” he said.