HIDILYN Diaz was conferred with the Philippine Senate Medal of Excellence on Monday for becoming the first-ever Philippine Olympic gold medalist in Tokyo last July.

Aside from the medal, Diaz was also handed with a P1 million incentive by the Senate. 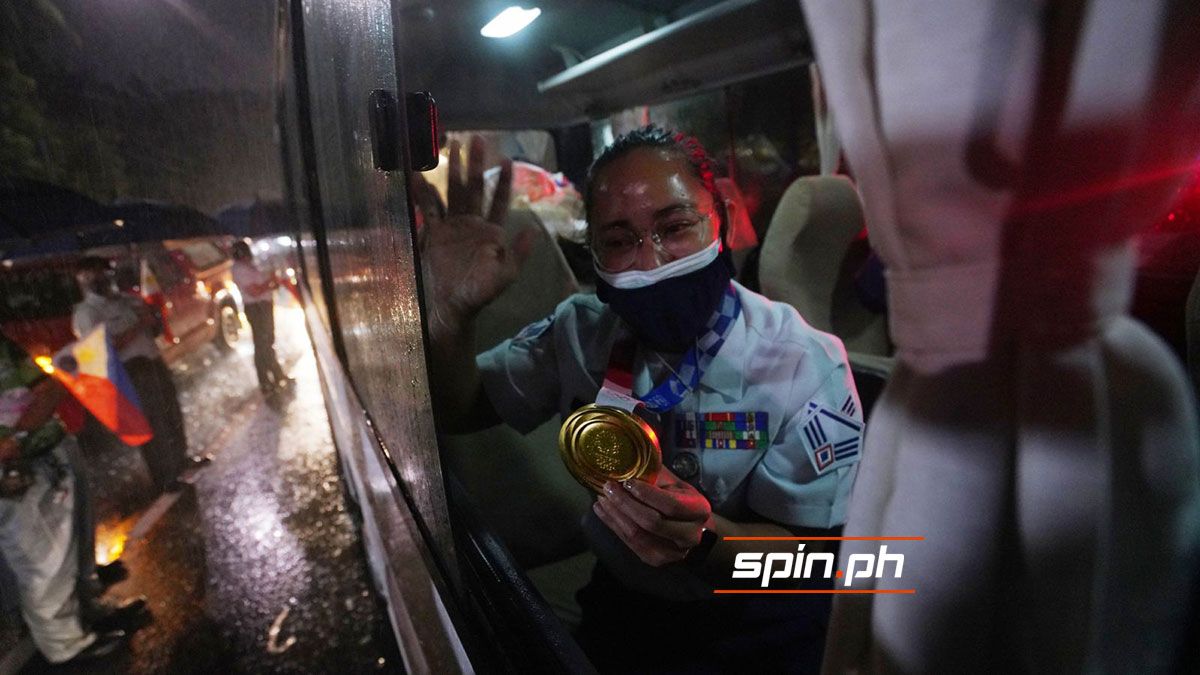 Also conferred with the Senate Medal of Excellence were the other medalist in the Tokyo Olympics in silver medalists Nesthy Petecio and Carlo Paalam and bronze medalist Eumir Marcial.

Senator Bong Go, chairman of the Senate committee on sports, co-sponsored the resolution commending the Filipino athletes who represented the country in the Tokyo Olympics, which saw the Philippines tallying its best ever finish in the quadrennial showpiece.

"I extend my warmest felicitations and utmost support to our Filipino athletes who participated and exemplified admirable dedication and perseverance in different sporting events during the Tokyo Olympics. I also would like to place into the record that this will serve as one of the greatest moments in Philippine sports history," said Go.

Petecio and Paalam also received P500,000, while Marcial got P400,000 as cash incentive from the Senate.

The Senate adopted Senate Resolutions 828, 833, and 813 to also honor Petecio, Paalam, and Marcial.

Diaz, Petecio, Paalam, and Marcial personally attended the conferment prior during the Senate Plenary Session on Monday.

Petecio and Paalam also received P500,000, while Marcial got P400,000 as cash incentive from the Senate.

The four medalists is the first batch of individuals that was conferred with the Philippine Senate Medal of Excellence, the highest honor bestowed by the Upper House.

The Senate also recognized the role of the Philippine Olympic Committee through president and Cavite eighth district Rep. Abraham ‘Bambol’ Tolentino in the achievement in Tokyo.