IN the most urban environments, you can find trails.

The second edition of the Salomon Citytrail Run Manila proves just that as it returns to the historic walls of Intramuros on September 6.

Citytrail was pioneered by Salomon in 2014 in several cities around the world - San Francisco, Paris, Minneapolis, Barcelona, Singapore, Malaysia and the Philippines.

Unlike the brand’s Xtrail race that has gained a following among hard-core trail runners, the Intramuros event is meant to mix fun and culture with a family vibe.

“It’s a worldwide phenomenon we are trying to infuse to runners to elevate their run. Intramuros is the best place to find all the necessities that we want in Citytrail - cobblestones, multi-terrain, rocks, downhill and uphill," said Salomon brand manager Janice Tañada at the media launch at R.O.X in High Street, Bonifacio Global City on Wednesday.

"Marami pa diyan, there’s UP Diliman, La Mesa Park, but of course we want to showcase our culture which is historic Manila.

“It’s the first of its kind - a running tour of Old Manila. It’s never been done before and other countries are now also looking for historical places to run in,” she added.

Online and in-store registration is now open for the expected 500 participants in the 12K (P1,200) and 6K (P900) who would navigate the streets, sights and walls of the historic locale.

Organizers said it won’t be a conventional road race intended for personal bests but is more of an adventure run rich in culture and heritage. Since it would also be a ‘green run,' no disposable cups will be issued and everyone is encouraged to bring their own hydration bottles.

The top 3 podium runners will receive cash and other prizes. All finishers will get Salomon wayfarer shades while 12K finishers will also receive a medal.

Customers experienced making their own trails in Bonifacio Global City, Glorietta in Makati, UP Diliman, Ortigas area and another one in BGC where they got to try on the brand’s latest X-Scream 3D shoes and explored running on different surfaces - pathways, sidewalks, stairs, roads, flyovers and underpasses - to simulate the trails. 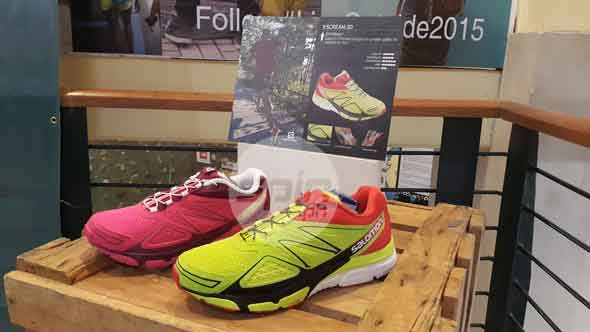 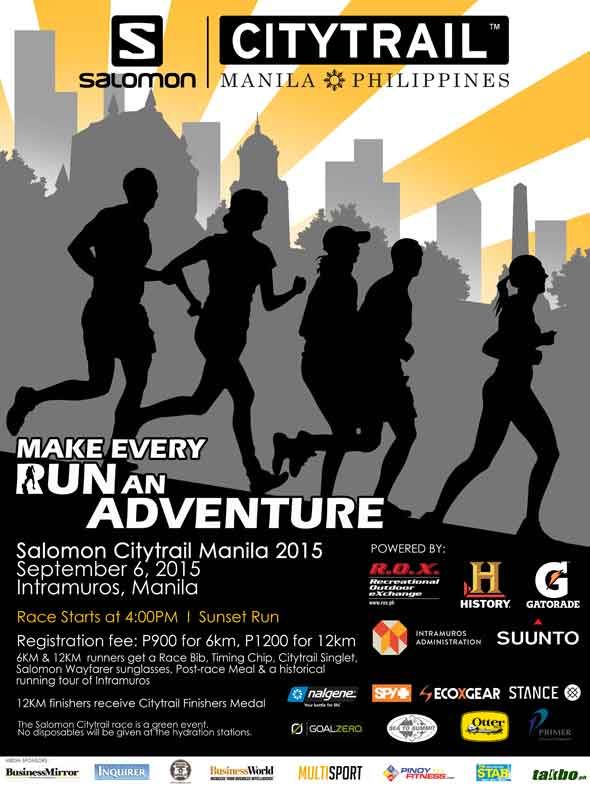