FROM the US to Europe to Asia, the easing of some coronavirus lockdowns brought millions out of their homes to enjoy the outdoors and warm spring temperatures. Yet the global pandemic is still slicing through the defenses of other nations, causing infections and deaths to march relentlessly higher.

India on Sunday reported more than 2,600 infections, its biggest single-day jump, and new coronavirus cases in Russia exceed 10,000 for the first time. The confirmed virus death toll in Britain was creeping up near that of Italy, the epicenter of Europe's outbreak, even though the U.K. population is younger than Italy's and Britain had more time than Italy to prepare before the pandemic hit.

There was also worrying news from Afghanistan, where nearly a third tested positive in a random test of 500 people in Kabul, the capital city.

China, which reported two only new cases, is seeing a surge in visitors to newly reopened tourist spots after domestic travel restrictions were relaxed ahead of a five-day holiday that runs through Tuesday.

Nearly 1.7 million people visited Beijing parks on the first two days of the holiday, and Shanghai's main tourist spots welcomed more than 1 million visitors, according to Chinese media. Many spots limited daily visitors to 30% of capacity or less to keep some social distancing in place. 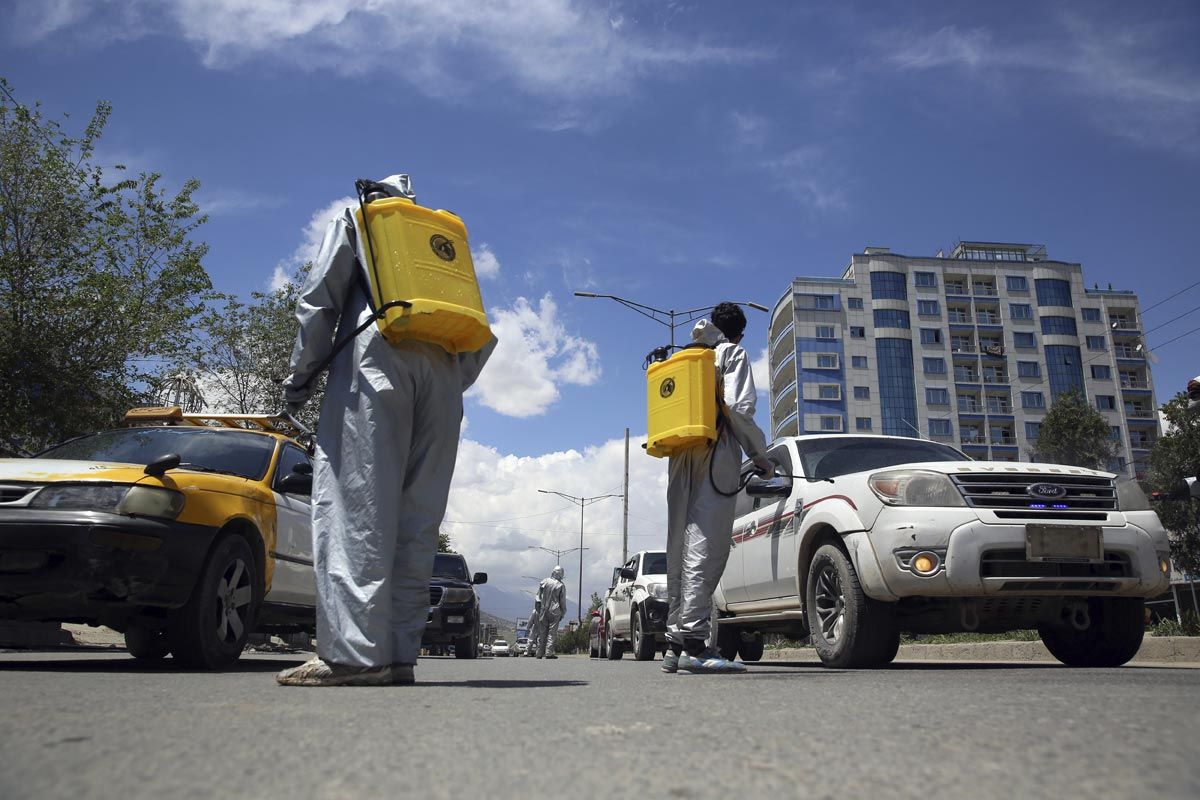 Italians are counting down the hours until Monday, when parks and public gardens were re-opening nationwide for strolling, jogging or bike riding. But with sunshine and warm temperatures across the country, many were outside in force Sunday, walking down streets and chatting on sidewalks. Many had masks, but in Rome, some lowered them to talk with friends or neighbors.

Despite the easing, Italians will still have to stay a meter apart, picnics are not allowed and playgrounds will remain closed. Prime Minister Giuseppe Conte has warned that if the rate of contagion starts rising again, such freedoms will be curtailed. 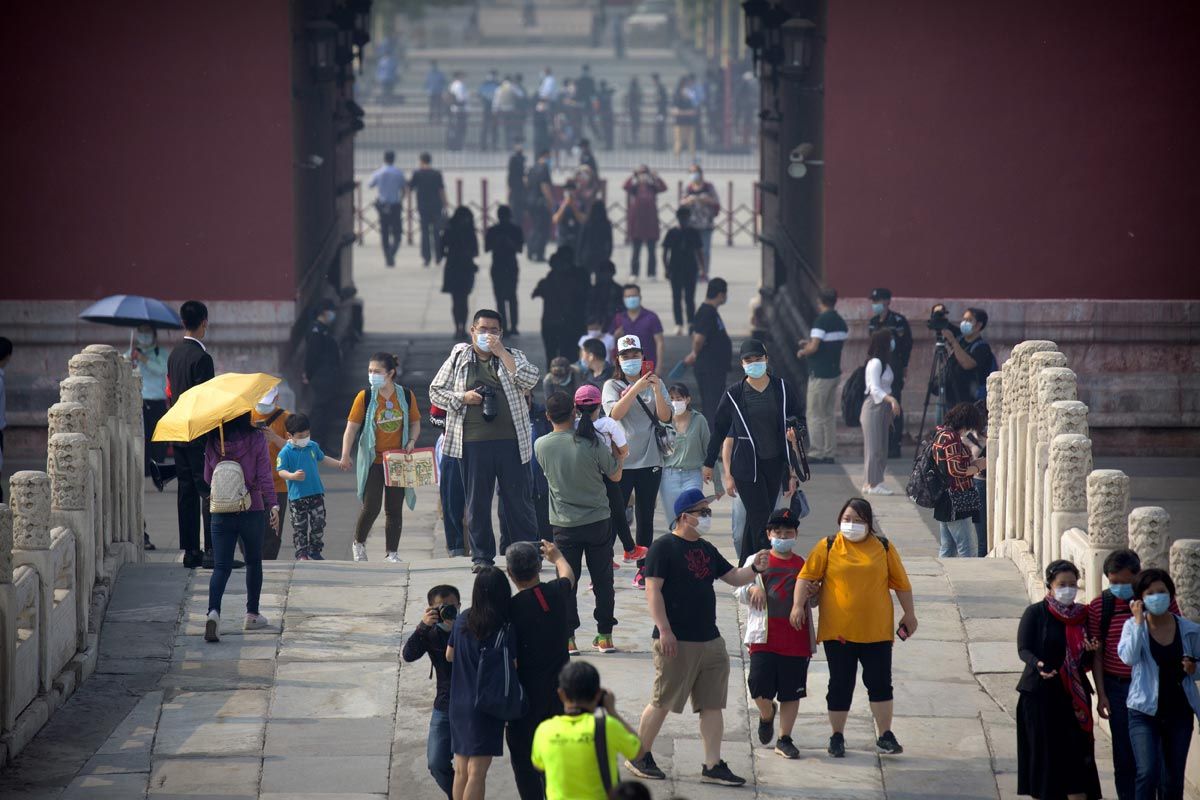 In Spain, many ventured out this weekend for the first time since its lockdown began on March 14.

“I feel good, but tired. You sure notice that it has been a month and I am not in shape,” runner Cristina Palomeque said in Barcelona.

In Britain, Prime Minister Boris Johnson is under pressure to reveal how the country will leave the lockdown that began March 23. The restrictions are due to last at least until through Thursday, but with hundreds of deaths still being reported daily, it's unclear how the country can safely loosen the restrictions. Britain over the last two days reported double the number of deaths that both Spain and Italy reported. 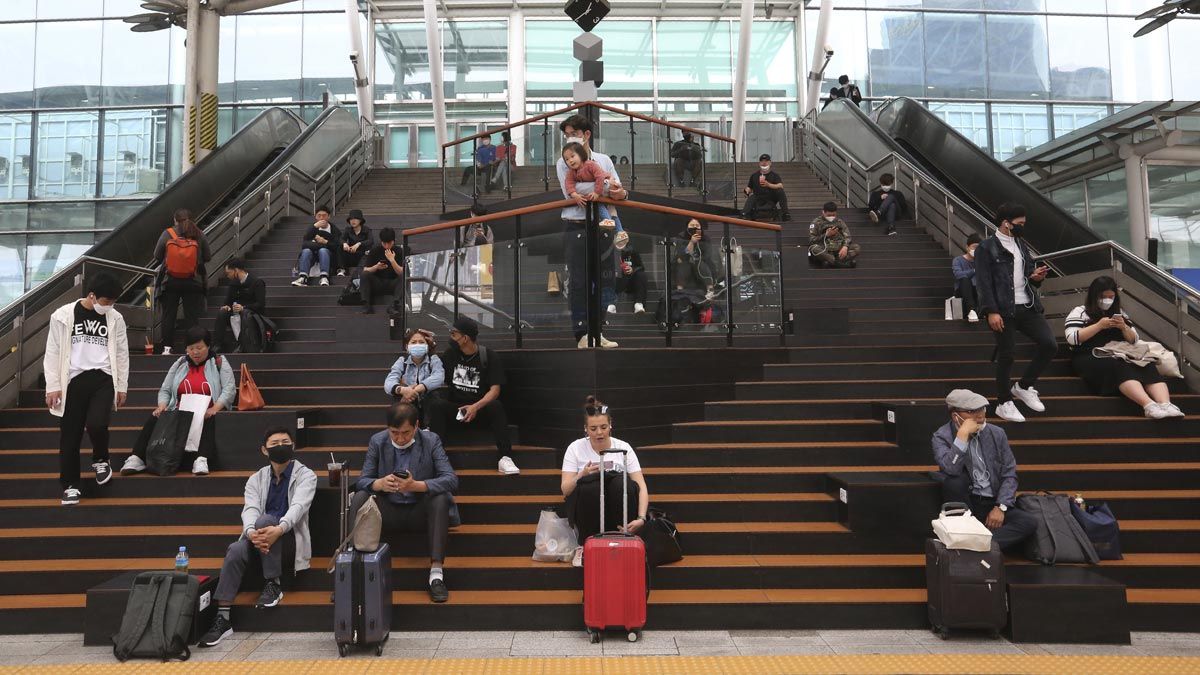 While Johnson has said Britain is past the peak of its coronavirus outbreak, his Conservative government is facing sharp criticism as it becomes clear that Britain will have one of the highest number of confirmed COVID-19 deaths in the world. British medical workers have also denounced what they call is a shortage of protective equipment.

Masks were worn widely around the world, from runners in Spain to beach-goers in the southern United States. In New York City's Central Park, joggers moved past each other and a steady stream of folks left tips for a trio working their way through a set of jazz standards.

“It’s great to have an audience after all these weeks,” saxophonist Julia Banholzer said. “All my dates have been canceled through September, and I don’t know if any will come back this year."

Neighboring New Jersey reopened state parks, though several had to turn people away after reaching a 50% limit in their parking lots. Margie Roebuck and her husband were among the first on the sand at Island Beach State Park.

"Forty-six days in the house was enough,” she said. 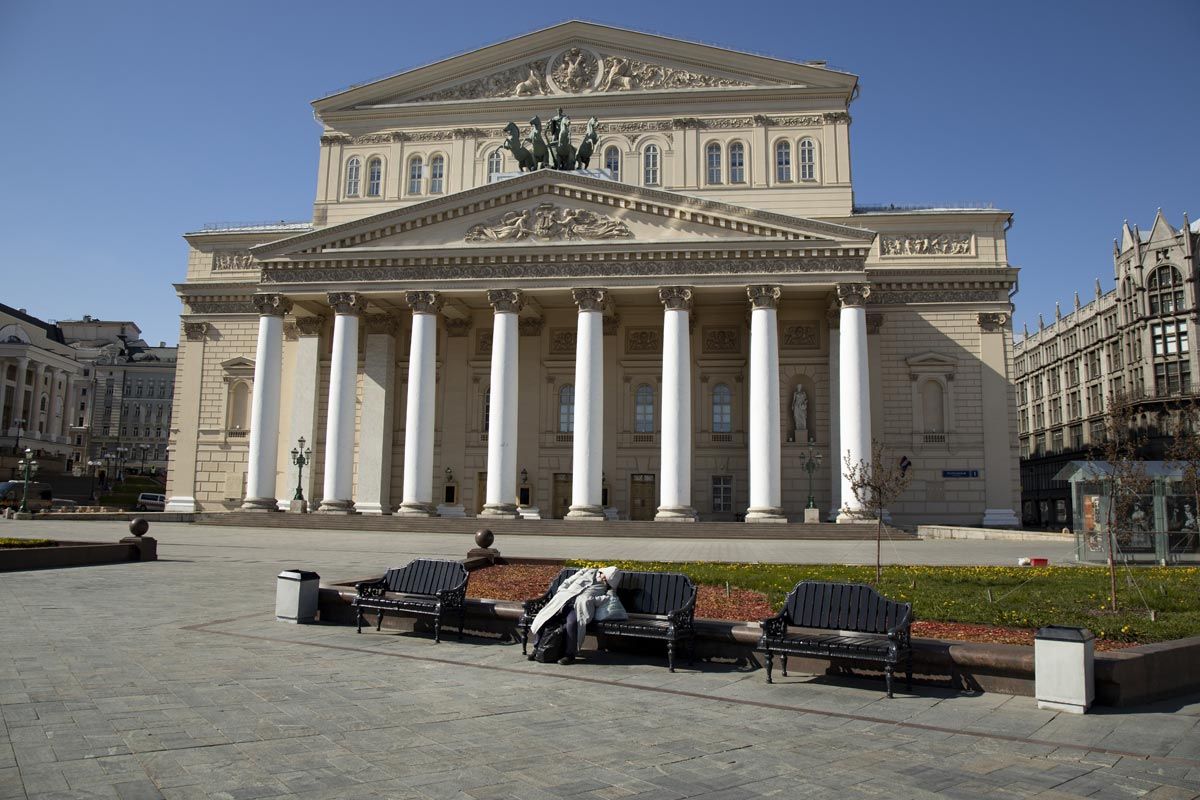 The Republican-majority Senate will reopen Monday in Washington, D.C., while the Democrat-controlled House of Representatives is staying shuttered. Senate Majority Leader Mitch McConnell’s decision to convene 100 senators gives President Donald Trump, a Republican, the imagery he wants of America getting back to work, despite health worries and a lack of testing.

In India, air force helicopters showered flower petals on hospitals in several cities Sunday to thank doctors, nurses and police who have been at the forefront of the battle against the pandemic. U.S. Navy and Air Force fighter jets flew over Atlanta, Baltimore and Washington on Saturday in honor of health care workers.

The number of confirmed cases in India neared 40,000 as the country of 1.3 billion people marked the 40th day of a nationwide lockdown that has upended lives, cost millions of jobs and left millions of day laborers in a desperate search for food and shelter. The official death toll reached 1,323.

Afghanistan's health ministry said Sunday that 156 people were confirmed positive out of 500 randomly tested in Kabul, the capital. Spokesman Wahid Mayar called the results concerning and said more cases would surely be found if the government was able to conduct more tests.

Russia announced 10,633 new infections on Sunday, nearly double the new cases reported a week ago. More than half of Russia's new cases were in Moscow, where concern is rising about whether the capital’s medical facilities will be overwhelmed.

A Russian epidemiologist, however, said the sharp increase in coronavirus cases reflected increased testing. Alexander Gintsburg of the Gamaleya Research Center for Epidemiology and Microbiology was quoted by the Interfax news agency as saying the increasing number of infections does not indicate a deepening pandemic, noting that testing has doubled over the past 10 days.

Russia has reported 1,222 virus deaths among 124,000 infections, numbers that health experts widely believe undercount the true toll of its outbreak.

The virus has infected 3.4 million people and killed more than 244,000 worldwide, including leaving more than 66,000 dead in the United States, according to a count by Johns Hopkins University. Europe has seen more than 139,00 confirmed virus deaths, with more than 28,000 each in Italy and Britain and around 25,000 each in France and Spain.

Health experts warn that a second wave of infections could hit unless testing is expanded dramatically. But there are enormous pressures to ease lockdowns, since the weeks-long shutdown of businesses around the world has plunged the global economy into its deepest slump since the 1930s and has wiped out millions of jobs.